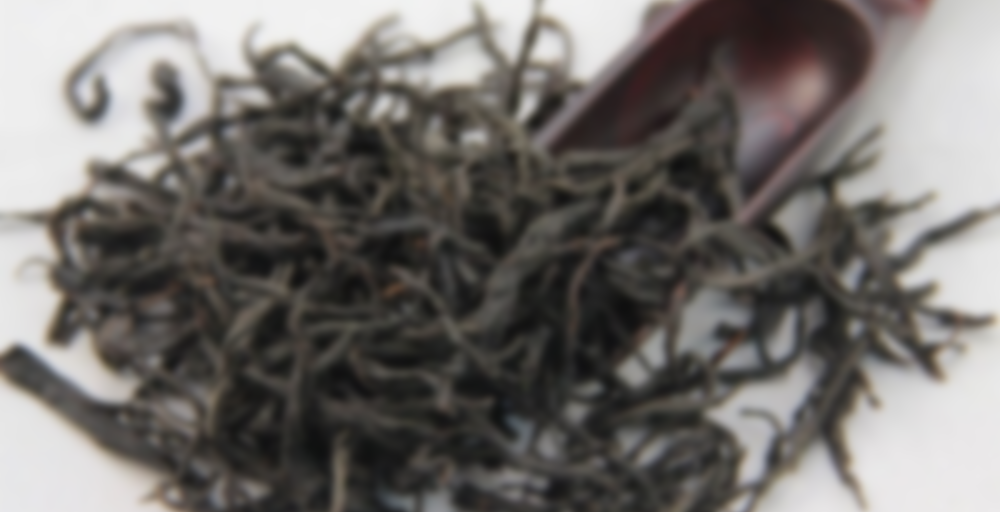 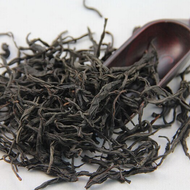 by Han Xiang Ecological Tea
82
You

oh cookies you spoil me! I pulled this one out this morning because i was super excited to get the swap from cookies and didn’t want to wait to try at least a couple of the teas. This one is not the smoked variety of lapsang. Brewed it reminds me of my LB but with and oolong taste in the background. I am really enjoying this one. It’s smooth and slightly bready and malty and there’s some cocoa happening in the background. And even though there’s that oolongy taste hanging out a little, it’s not too bad. heh thanks for the share cookies!

This one was one of the many free samples received in my Han Xiang orders. This comes in one of those individual packages, which I love. I packaged up what I thought was my last packet to send to Sil and found I had still had 1/2 a packet laying in my sample pile score! I really do love this tea. As soon as I have some room I fully interned to get a full sized package as this is both delicious and well priced. Taste-wise, it’s really quite the same as all the other un-smoked Lapsangs I’ve tried. While I love them I don’t find they vary widely. Nice toasty cocoa-y sweetness with a good bit of heft to it. Delicious.

Related note – Aliexpress can be a bit iffy at times, but I’ve had great luck with this seller, and he answers questions quite promptly. http://www.aliexpress.com/item/Lapsang-bell-2-bags-of-organic-black-tea-Free-shipping-Buy-get-more-Black-tea/2012116228.html

Sipdown(with some help from Sil) 9/75

awe…i missed seeing this. thank you so much for sending me what you thought was your last package.

Always willing to share! Especially when it was free in the first place ;)

This was one of the free samples included with my order from Han Xiang Ecological Tea via AliExpress. I was unsure of what to expect from this one, not knowing whether it’s a smoked lapsang or not. Turns out, it doesn’t seem to be smoked. The leaves are rather small and very dark, almost black. The dry scent is somewhat musty with raw grain and hay aromas. I did my usual 3 minute steep.

Once brewed, the tea has a very roasty aroma combined with grain and molasses, and a hint of dill. The taste is much the same. It’s a very robust tea with a strong dill presence that I’ve found in several Fujian teas so far. It’s quite roasty and reminiscent of coffee because of that. I am reminded of a strongly flavored rye or pumpernickel bread because of the combination of grain and dill notes. Interestingly enough, the aftertaste is distinctly raw peanut, like the Spanish kind with the red skins.

Overall, very flavorful and what I would call “manly” tea. :P