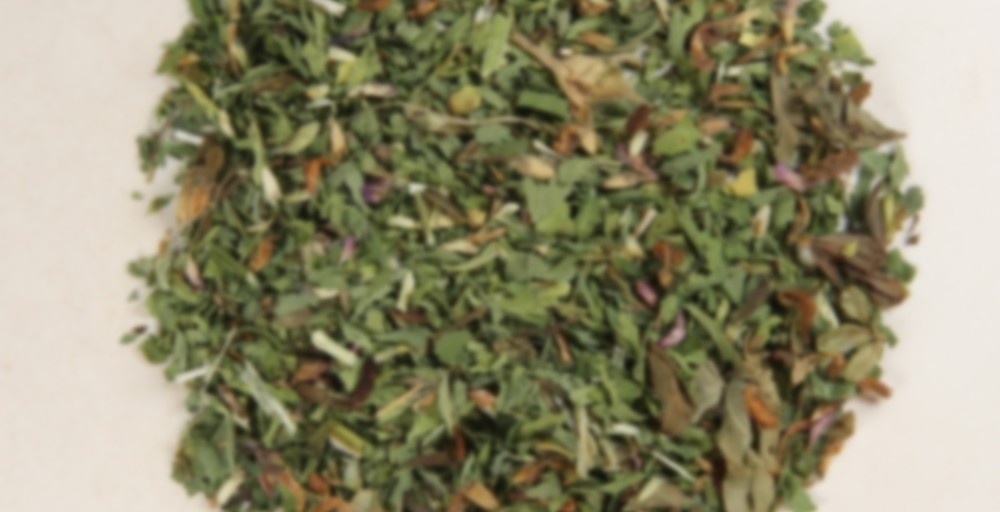 by Happy Lucky's Tea House
--
You

Red Clover is a perennial of short duration. It produces flowers that are red to purple in color, fragrant, and in dense globular heads. Often used to alleviate coughs and respiratory problems and to help treat eczema and other skin conditions. The aroma is soft and fruity with a light, sweet-tart taste.

This was one of the things that got added into the Herbal Blending Box, and it’s something I’d never had before, let alone heard of, so I decided to try it on its own to see what I think of it before mixing it with anything. I definitely like how it looks visually though; it’s fluffy and light and the green and purple colours contrast really well.

It brewed up incredibly light in colour. I’m having a very hard time describing the flavor; it reminds me of chlorophyll and the air before it rains but then there’s this note that reminds me of the taste you get in your mouth when you lick a battery. Don’t judge me; it was an intense game of truth or dare and I know I’m not the only one who’s done it. Finally, the finish is like a very, very watered down sage flavor. This is so peculiar and interesting; and I’m liking it a lot actually.

I can’t really think of how I’d use it in a blend, though. But I’m sure I’ll figure it out – there’s enough here to play around with. There’s definitely a particular flavor I want to put my effort into recreating first, though.

Today’s word of the day is… “Insurrection.”

Insurrection is “an act or instance of rising in revolt, rebellion, or resistance against civil authority or an established government”.