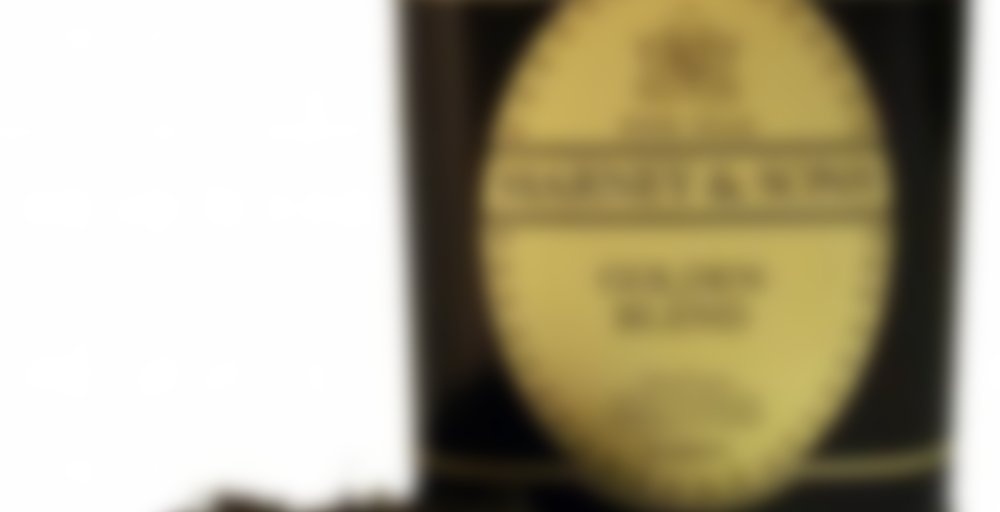 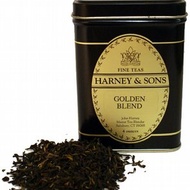 A new blend of Golden Monkey from Fujian Province and Assam FTGFOP, that makes a great tea that is very solid. If one’s bent was towards milk and sugar, that would not be a problem.

I am taking a long hard look at my tea shelves to decide what should stay and what should go. There are a few teas I would like to buy but I really don’t think I should until I get rid of, or at least sip down, a few that I already have.

This is one my youngest daughter loves but I am just meh about it. I decided to try changing my steeping parameters today to see if I would fall in love with it. I used 205 F water and gave it only 3 1/2 minutes. It is now quite drinkable for me with no additions but I can’t say I am in love with it. And like many Assams, this has made my tummy say, “Rrrrr?” and raise its eyebrows. Maybe I will just tell daughter to drink it up or let me give it to a friend who is just getting into loose leaf tea.

My favorite thing about Assams is they led me to Chinese teas.

Courtesy of ashmanra, something to smile about this morning. Love the way the golden monkey makes the Assam a little sweeter and juicier. I can see how it would be milk and sugar friendly, but you know me—prefer it straight up, no additives.

Another little sample I had this morning in my to go mug, and I quite liked it! I really love Golden Monkey, but it’s not a tea I get often since it’s pricey, and I can drink all of it really fast when I do.

This was nice and robust thanks to the Assam, but not too strong to be drank by itself, sans milk and sugar. There was also a spicy note in this that I don’t typically associate with Assam or Golden Monkey, but it was nice. Just kind of like, interesting spicy flavor…I don’t recognize this…but not bad! I don’t think this is a blend I’ll get for every day, but I am continually impressed by the quality of Harney’s black tea blends for the price. The Malachi McCormick remains my favorite, and let’s be honest, it’s probably because Rayn is a McCormick. ;)

I enjoyed this quite a bit. A sweet aroma that reminds me of dark raisins. The tea is very flavorful with notes of caramel, chocolate, earth, wood and malt. A very rugged sort of blend. Savory and sweet.

There is a bake-y/cake-y kind of taste to this, and the dark raisin note that I mentioned from the aroma is present in the taste too, giving it almost a ‘raisin bread’ kind of taste.

A really pleasant morning tea, but would be equally as nice as an afternoon cuppa.

I loved this blend. The mix of Assam and Golden Monkey was perfect; the flavors complemented and enriched each other. I liked Golden Monkey, but did not love it, but the combination with the Assam gave it depth and richness. Flawless!

Everyone’s tastes are so different! I adore Golden Monkey and I am struggling to get through my tin of this one. My youngest daughter likes it, though, so I haven’t sent it to a new home. It is just a bit harsh for me.

I like this as much as I like the Tower of London and Florence blends. This is a wonderful tea! Full bodied and brisk, it takes creme and sweeter splendidly. The honey and chocolate flavors blend in a way that tastes a lot like molasses. It was great hot first thing in the morning but it was also delicious iced in the afternoon.
It didn’t me the kind of caffeine joint Irish Breakfast does but this tea is definitely brisk and a great addition to the morning routine.

I recently got this as a sample. I like assams in general but have never tried the golden monkey, so I was curious as to how I would like it. I brewed it up with a little bit of milk and sugar, as my usual way to drink black tea. I definitely noticed a bit more sweetness than I normally get from assams, which I think must have been from the golden monkey. All in all, it was a pleasant cup of tea, but not a particularly stand-out one.

And this is the last from my order…
Probably my least favorite of all the samples.
Mostly earthy…but with a certain sweetness with it. Not horrible. But not something I’ll want to drink a lot probably.

This sample came from the lovely Nicole. I was unsure which teas are in this blend, so I looked it up on their website: apparently it’s golden monkey mixed with Assam. I don’t really have any experience with Assam, but it seems like (judging from other people’s notes) that it’s generally a very bold and strong type of tea. The dry leaf here looks similar to other less-tippy Yunnan teas – small, thin black leaves with just a few tips included. Normally, this would make me less excited to try it, as generally the less-tippy Yunnan teas have that heavy earth/mineral flavor, but since I know it’s golden monkey, I know this won’t be the case. Hooray! I don’t get a ton of dry scent from the leaves, just a sense of sweet stonefruit. I did my usual 3 minutes at 200 degrees.

Hmm, I can definitely smell the Yunnan here, the brewed aroma has plenty of malt with baked bread and apricot notes. It’s been a while since I’ve had Golden Monkey from Harney, but I remember enjoying it quite a bit.

This tastes chiefly of raw, chewy grain to me, which is not a bad thing! I’m reminded of all the Shang teas I’ve tried lately. There’s definitely malt and a little bit of a stonefruit essence. I get quite a bit of earthiness, but it’s not mineral or smoky, so it’s a nice mellow earth taste. There’s just a little bit of a rich molasses flavor that pairs nicely with all of that graininess.

Overall, I can’t really differentiate between the two teas, which I guess means they go well together. It’s been too long since I’ve had the Golden Monkey plain! Someday, I’ll explore Assams… ;)

Yes! Come on an Assam Trek with me! :P It will be funnnnn!

Well technically I did order two Taiwanese Assams from Butiki! :)

I ordered a couple samples of this with my last order. I was hoping it would be a less pricy alternative to the Golden Monkey.

This tea is not Golden Monkey.

I can see where it has that bold Assam aspect to it, but the only real notes I can pick up are a slight smoky note, subtle spiciness, and vague raisins. No maltiness, no cocoa for me.

I had this straight up, but I think it begs to be tried with milk or cream.
That’s how I like my Assam. To my tongue, this is more of an Assam than a honey golden tippy type of tea.

I have more than enough to try again! But when it comes down to my next H&S order, it’s the monkey all the way.

Have you tried GM from Teavivre ?

I sure have!
I lovvvvved it and will be ordering some when their black teas go on sale in August!

And the price is amazing too. I still have some from last summer. Too much tea….