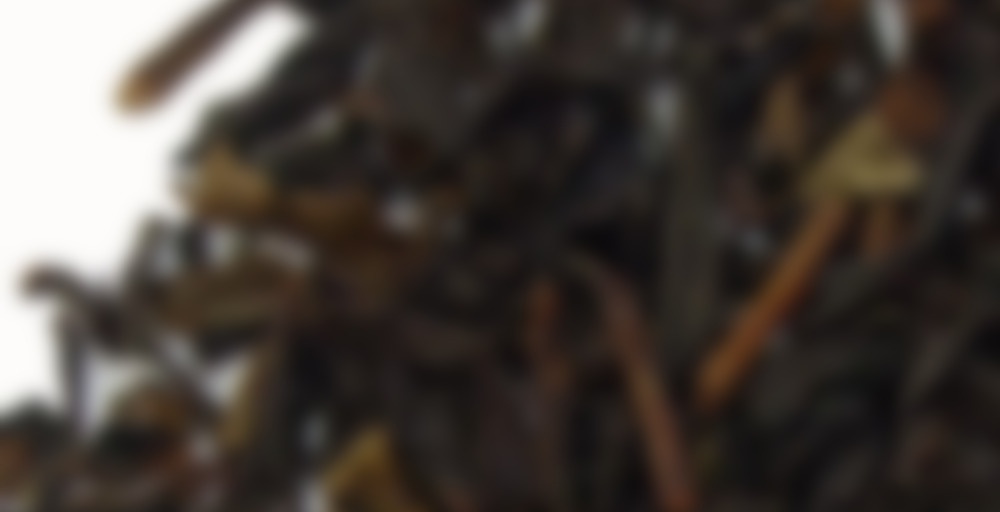 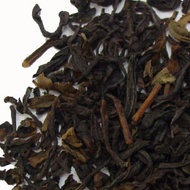 This is the style of brown oolong that generations of Americans loved. It was the toasty flavor that they enjoyed. Don’t worry about the stems, that is how the Taiwanese do this tea.

I’m not sure why I felt like Oolong this morning. This is a nice nutty toasty tasting tea. This tea is smooth w/o any bitterness or astringency. I’m getting ready to leave on vacation tomorrow and I just needed a nice relaxing tea. I’m hoping to buy more tea in various locations. I’m taking 3 weeks to drive down the east coast so if anyone knows any great tea shops along the way, please let me know.

Again, I seem to prefer the less expensive tea! This is very convenient. I really like the Formosa Oolong flavor. Now that I know more about tea, what I can say is that this type of tea is very similar in profile to a Bai Hao oolong. However, I believe it is probably not allowed to be affected by the leafhoppers. Also, from what Michael Harney has said, it is mechanically harvested. So, it’s a much less expensive option to the Bai Hao. That said, it is also less sweet, a bit more astringent. But it is incredibly similar in every other way. When I add a touch of honey to the Harney Formosa Oolong, I can barely tell the difference between it and the Bai Haos I’ve had.

bear in mind that “Formosa” just means ‘from Taiwan’ and is a generic term so the quality of the teas can be vastly different in both oxidation and craft. I would not use the price as a measure of the tea’s character, as I have a ton of Ti Kuan Yin right now ranging from moderate grade to competition and the tastes and prices are vastly different and the tea itself would be merely ‘ti kuan yin’ and most people wouldn’t realize that prices could range from $30/# retail to $200 +/# retail

Kashyap – what are some of the best bang for buck oolongs you’ve come across?

(and where do you get them)

I know Formosa means Taiwan. But, I’ve done some research on this specific type of oolong. See: http://steepster.com/discuss/5116-michael-harney-solved-my-oolong-mystery

K…just trying to be helpful…as for ‘bang for buck’ I find Yunnan tea sourcing does some amazing oolongs and so does Naivetea, Verdant tea, and Tao of Tea. All quality and reasonable
pricing

This tea is fascinating. In the Harney book Michael talks about how this is a throwback tea, what Americans drank 20 or 30 years ago before we all had access to and knew about the innovative ever more delicate and sophisticated oolongs now coming out of China and Taiwan. It’s heavily oxidized, and as such that classic fortifying black tea flavor starts to creep in, BUT it also has the peachy sweet floral aspects of an oolong. Truth is a lot of oolongs that get described as having strong peach or stone fruit aroma don’t really scream those things to me; it’s usually a more general “floral and…sweet, fruit maybe, but not sure which” thing for me. But here, it really is peach. Strong peach. I can see why Rachel J missed this flavor and went on a search to understand and find it. It nears the intensity and tea-craving-pang-satisfaction of solid old fashioned black tea but combined with that intense peachiness and general “oolongs make things a little more delicate and soft” quality, it’s rather unique and offers the best of both worlds. I’d rather have this than a peach flavored black tea for sure. May restock. It’s a bit tricky because the way it doesn’t fit any preconceived category for me makes me wonder when exactly I’d want to drink it (maybe as a less brisk option lazy mornings I don’t want to be quite as caffeinated?)…but still. So neat.

this formosa Oolong seems fantastic, I adore Taiwanese Oolongs so probably need to consider this one.

I had two steeps of this tea yesterday too. It was an oolong day! This tea was definitely a dark oolong, with some roastiness, but ever so delicate. I was really surprised at how delicate it was, actually. I could taste a peachy note, but that was slight as well. I also felt like the leaves weren’t big enough. I like it when oolongs have big leaves! It makes it seem like better quality, although I’m not sure if that’s always the case!

I am brewing this up in the Gaiwan this afternoon with short infusions of around 30 seconds each.

I’m finally done with all the $4 sample packs I tried from them which is actually a great deal. If I place another order with Harney and Sons this will be going on my list of things to order again. I am such a fan of these style of oolongs. A delicious darker brew with chestnuts, peaches and and a hint of marmalade. After infusion number 3 the tea is getting lighter and also more sweet with a caramel like flavor. It also is very reasonable in price which will make it a good candidate for cold brewing. Very enjoyable. Bringing a smile to my face!

This toasty Oolong is a great way to begin (or continue!) an afternoon.

Thanks to boychik for the generous sample!

I brewed this Gong Fu style and it was surprisingly good. In my little clear glass teacup the amber colored liquor was so saturated and intense it appeared to be glowing. I smelled roasted chestnuts with a hint of spearmint in the early steeps, morphing in to ruby red grapefruit, then a whiff of cinnamon in the final steep. Nutty flavor with a bit of citrus stimulating the saliva glands gave the impression of a rich, lively tea. Intense in the early steeps, but never bitter or astringent. Just a hint of pepper appeared in the middle steeps, and in the later ones the overall flavor had diminished but retained delicate notes of it’s earlier character.

As other reviewers have noted this is reminiscent of what we used to get in Chinese restaurants years ago, before cost cutting and thin margins dictated using something much cheaper (at least in my area). It’s not a complex tea, but it plays what few notes it does have very well. At it’s price point this is something I’d keep on hand for when I’m in the mood.

This is a really nice dark oolong. A really round nutty flavor. It lasted 3-4 steepings and is cheap. A great everyday tea!

Pretty good. I like this kind of Oolong. It appeals to me more than the orchid types I think because I’m more of a Black tea and Pu-erh lover.

This oolong is what people think of when they imagine “Chinese restaurant tea.” A classic dark oolong, not exactly roasty, but with a toasted chestnut note. The sensation as you sip it is syrupy, sweet; almost heavy. It lacks the subtlety of, say, an Oriental Beauty oolong, but for what it is, it’s very good.

This is my default tea. Given the fact that I live above a tea shop that we own, that has to say something. I love this tea iced or hot, plain and adulterated. Brew a pot of this with a few slices of orange and pour over ice with a teaspoon of sugar (and a newer, prettier orange slice or two). Beautiful and decadent!

This tea is a very sturdy oolong, tending towards the black side. Nutty and rich, it has a wonderful toasty, smooth flavor, mild astringency, and a hint of sweetness. It is very, very good. I like this one equally as well for an eye-opener, with a late afternoon nibble, and for a relaxing evening pot. After taking a break from this one, I am always pleasantly surprised at how much I love this tea.