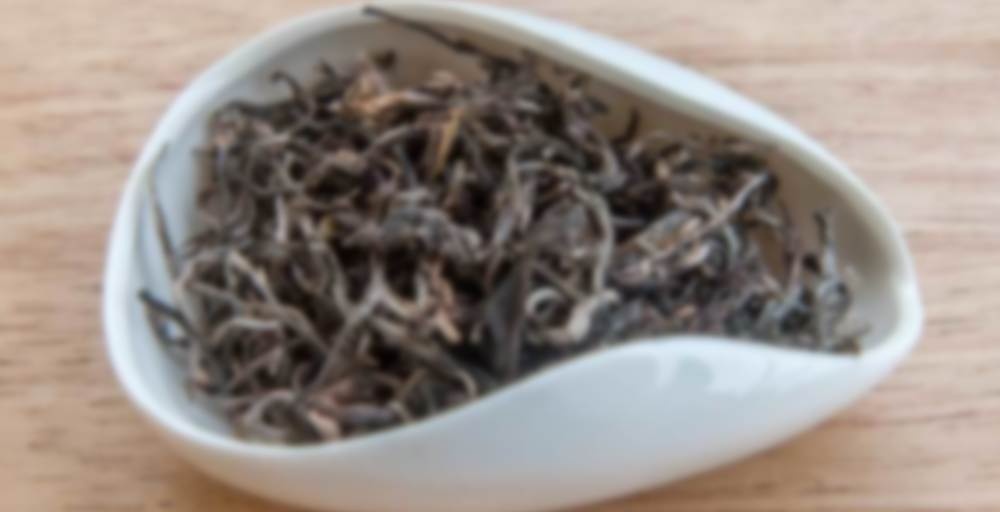 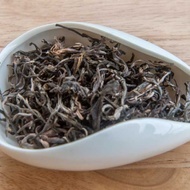 Straw, minerals and a light fruitiness epitomise this engaging, young, raw, sun-dried (mao cha style) dark tea from wild Suoi Giang trees in Yen Bai province. Snow Princess is very well balanced with just enough astringency for that rich, smooth mouthfeel and where the battle between sweetness and bitterness rages as infusions progress. Bright, fresh and complex with sweet aftertaste and subtle hints of pear and melon that suggest the direction that the tea will go with ageing.

Snow Princess is prepared from one bud and one leaf only. Leaves undergo a short withering after which they are put through a brief firing/ fixing period before being rolled. They are then left to sun-dry to preserve the shape and colour of the leaf. This tea is very similar in style to a raw (sheng) Pu’erh but with a Vietnamese character. It is currently only sold as loose leaf.

Suoi Giang (literally: heavenly river) is a small commune located in the misty mountains of Yen Bai province. It nestles in an area surrounded by the ancient shaded forests, at altitudes between 1300 and 1400 metres, where wild tea trees have been grown by ethnic minority families for many hundreds of years. H’Mong families continue to harvest the leaves today either for their own consumption as fresh tea or for processing as dried leaves. Apart from tea the district is also known for sticky rice and hot springs.

I was waiting to review this tea, but I gave it a week in storage because it was giving the strangest smell when I first cut open the package. First I thought it had something to do with nitrogen flushing. An almost acrid, musty smell. However it’s persisted since then and has filled up my whole box.

Sniffing the dry leaf feels more normal: nose itch and bitter smell that heralds the punishment it’s going to give me. And the mustiness, but here it’s more in its place — it’s like a storage smell, even if I’m not totally sure about it being a nice smell or not.

Wet leaf and, as with all the hatvala teas, the savory note comes to the fore — again the — if one were being critical — musty cloth smell. I’m going to treat it like any brand new sheng and start wih a 100C rinse that will tell me how hot to make the first steep.

The rinse comes out fogged up with bud hair. It has the color and fragrance of peaches already. Though the smell is faint and can only be noticed from a few feet away, it has everything you’d expect in a full blown steep. there’s the tartness that I’ve come to associate with the qingxin cultivar (Red Buffalo, Oriental Beauty, Signature No 1) and it extends into a good half-minute finish. It’s so similar to the oolong’s in fact, that I start to wonder about the differences between good oolong and good sheng. Something unique to it is a distinct strawlike smell that makes me think of cloth — freshly laundered cloth, stiff dried cloth, wet cloth. Sorry, I just haven’t been around hay very often. This is not musty at all, just unexpected in something I’m drinking. The bitterness is already dominant. It swells up around the time of the finish. The bottom few mouthfuls hold the peachy sweetness and thickness, and my mouth gets thickened up with cotton.

It has a kind of hazy energy that you have with young shengs, it both riles you up and makes you sleepy. Puerh (sorry, Vietnamese Dark Tea) is for dream kickboxing.

First steep (flash) is just as pale and foggy; the bubble holding power on the surface of the tea soup has increased a lot. I still don’t quite understand why the gaiwan has to have a faint nose of ‘left the clothes in the washer too long’, but it hasn’t detracted from the soup yet. I’ve never tried a sheng quite this young, so it might be common. First steep the bitterness has overpowered all the other tastes, so I might dial back the temperature. A complex aftertaste is left, but also really dominated by bitterness. In this steep it really just tastes ‘like sheng’ to me, dry green leaves. I think I don’t know what to do with raw teas that are this young. The tart aftertaste is really persevering, not drowned out yet. As the bitterness lets up, it ‘rehydrates’ the tongue with lemon juice. There’s a good strong peach hui gan. The mouth is super dry. The oily tea soup leaves behind a sugarcane and pollen smell as it dries.

Although the bitterness is so strong right now, the character of the tea is still peeking in from behind and to me this seems like a good sheng. It would be worth keeping just for the price. It tastes like a mid tier sheng to me (mid tier for what we international customers get) and you could pay much more than $0.15/g for a mid tier, although presumably other shengs would have a guarantee in the form of a known yunnan region, for whatever that’s worth. It’s on the hayfeverish side, but not unusually so.

When I drink puerhs this green, I always think “Didn’t Marshaln say there was a time when 10-years-in-the-warehouse traditional sheng was the norm? Is sifting through all this hay a job for a customer or a tea seller?” However I’m grateful for what I get.

I guess what remains to be checked is longevity, especially since it’s already so astringent. I’ll edit and add my impressions after I’ve reached the late steeps.