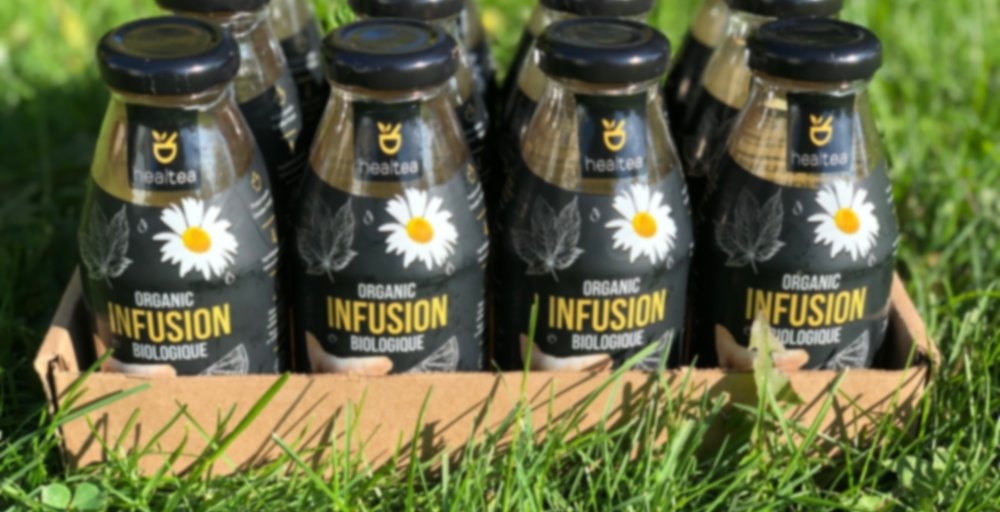 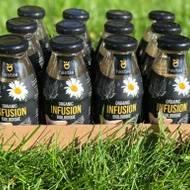 Gingertea: tea infusion with chamomile and organic ginger
Only 6g of carbohydrates per bottle of infusion!

Gingertea with ginger and chamomile, no caffeine, biological combination of these two herbs will ensure a lightness in the stomach, because they are known to facilitate digestion. Sweetness in a bottle!

Suggestions for use
This soothing and soothing infusion is ideal for counteracting moments of digestive or nervous stress.

You can enjoy this hot or cold infusion, simply heat it in a saucepan or drink at room temperature.

Store in the pantry at room temperature. Once opened, the infusion is stored in the fridge for 5 days.

The last of the three RTD’s from Healtea’s booth – and somewhere in the middle for me in terms of flavour. I actually think this is the strongest of their three offerings conceptually; it’s a ginger/chamomile with some lemon in it. I’d probably enjoy it much more if I actually liked chamomile tea, but I will say that the taste of the chamomile was really apparent and if you actually enjoy that note I think you’d like this. Like the others, I found this a little bit weak/watery, but I actually sort of like that it was a softer take on a ginger profile!? The lemon was very delicate at well, but I get that it isn’t supposed to be a main flavour so it’s fine.

Overall impression of this company? They’re fine – the product is OK quality (nothing bad but nothing mind blowing either). I don’t think they’re filling a big void in the RTD retail space though, and in the category that they are hitting on I really don’t feel like they’re the strongest example of how to achieve those profiles. Happy to have had the chance to sample their whole assortment though!