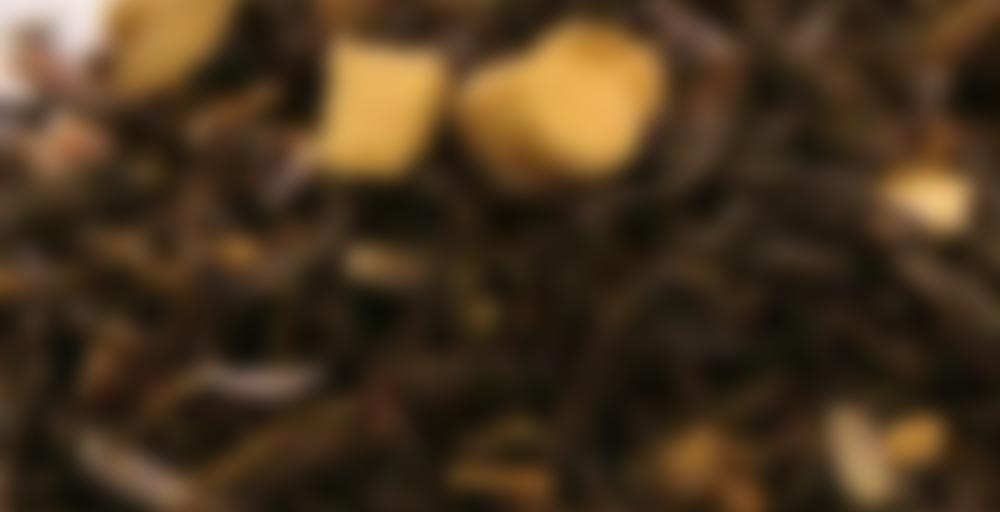 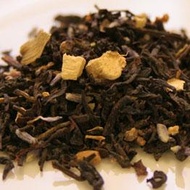 by Herbal Infusions
75
You

The rich and lively flavors of ginger and cardamom almost dance in your mouth and help round out this fabulous blend. Best served with milk or cream and sugar…and of course some shortbread!

This was actually on the big side as far as my (free, thanks!) Herbal Infusions samples have gone. It’s enough for 1+ cups of tea. But it isn’t quite half a tablespoon, so I’m leery of trying to make it on the stovetop. Instead, I’m planning to steep like a black tea and then add some milk/sweetener.

The vanilla note in the dry leaf mixture is striking and very appealing. The others in the stable of chai spices smell like their comforting selves.

Once made into chai, this has an interesting note that stands out in both the aroma and the taste. It’s not vanilla, it’s something else. Time to take a look at the ingredients and try to figure out what it is. Here they are, according to the web site: Premium black tea, calendula petals, chopped and powdered ginger, cardamon, coriander, cinnamon, cloves, black pepper, natural flavors

I’m thinking it must be either a flavor added by the calendula petals, or coriander that I’m tasting because those are the only two ingredients that don’t seem necessarily common to most of the other chais I have tasted. I suppose it could also be vanilla, on second thought. Though it’s not the vanilla flavor I’ve experienced in other teas. It’s almost fig-like.

Notice something else about those ingredients? I suppose one of the natural flavors is vanilla, because there isn’t anything else identified as vanilla in the mix.

So here’s where I’m coming out. It’s better than the Numi chais I’ve tasted because the spices are stronger and hold up to milk (and the black pepper probably single handedly accomplishes that and is missing from the Numi). It’s about on a par with the Tazo chai, maybe slightly better, and perhaps would be significantly better if prepared via stovetop method. But as prepared today, it’s not as interesting a mix of flavors as the Golden Moon pu erh chai I had earlier today and it’s not as smooth and near perfect as Samovar’s. Good, with perhaps a potential for greatness.