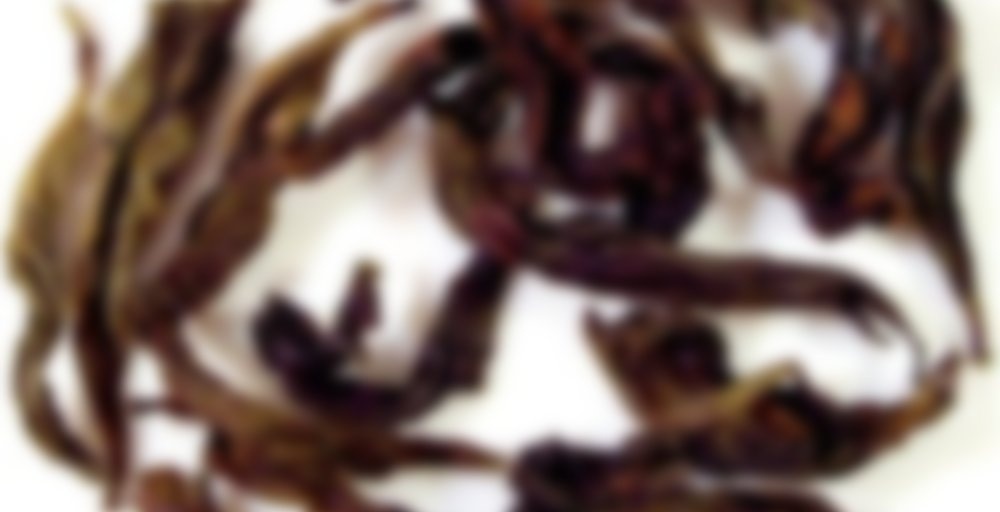 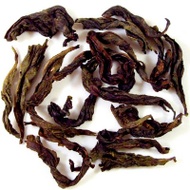 by Imperial Tea Court
79
You

This is the first year we’ve offered this uncommon variety of yan cha from Fujian’s legendary Wu Yi Shan area. This tea is notably greenish with a sweet, slightly hay-like aroma. It infuses to a golden orange liquor that’s subtly fruity with floral highlights. As you drink it, more florals arise from the back of the palate.

It’s a straightforward tea, crisp, pleasant, and full of flavor but not too complex, with a touch of astringency. The texture is significant without being weighty. In the cup you also notice that the leaves are enormous, as much as three or four times the size of most other tea leaves; perhaps that’s why the locals named this tea Fo Shou, “Buddha Palm.”

PREPARATION: For a classic brew, use a gaiwan (steeping cup). Allow approximately 5-6 grams of leaf and infuse with near-boiling water for 2 to 3 minutes. Re-steep several times, gradually increasing infusion time.

4g/100mL 85C water with three back-to-back 30sec infusions following a rinse. More oomph with a 2min infusion, but it doesn’t really improve it to brew it longer in this case.

Very mild – lost most of the high florals it once had but this has always been a soft Wuyi Yancha anyway. Very difficult to distinguish discrete aromatic or flavor characteristics but tasty nonetheless. There’s a wet cinnamon characteristic in the dry fragrance, wet leaf aroma, and in the flavor but absent in the liquor aroma.
Round mouthfeel – good body and a light mouthwatering effect. Barely a touch of astringency… reminiscent of Huang Guanyin or a medium roast & oxidation Tie Guanyin or Rou Gui, but minus any kind of bite in terms of either acidity or astringency – carries that light hay-clay-milk-cassia-pluot mixture of flavors but in a far smoother package. The hay-like character is actually more akin to the smell of an untouched kiwi in the wet leaf and like muted yellow plum in the flavor.

This is the last of this tea that I had laying about and, though it is good, it never much prompted me to write about it (largely since it’s hard to pick flavors apart in it). It’s really lost a goodly amount of the high notes it used to present in the dry fragrance but that’s all it’s really lost since 2009. This is surprising, considering how mild it’s always been, but I guess it follows suit with most Wuyi Yancha in steadfastness over time.
Easy drinking fare, just not terribly exciting. I’m leaving the rating where it was ‘cause I shouldn’t ding a tea for sitting around for three years.

Honestly, I’m just reviewing this tonight because this happened to be the first oolong from Imperial Tea Court I could find whilst rummaging through my bin of miscellaneous 10g and less bags and tins. Okay, I passed a few up until I hit a cliff oolong ‘cause I was in the mood… ITC specifically not because I’m adamant to plug the company (only really feel that way for Tillerman Tea, since it’s my favorite alongside Jing Teashop), but for the occasion of an upcoming event.
The San Francisco International Tea Festival is this upcoming Saturday at Imperial Tea Court’s Ferry Building location. Dunno how the heck an event is to be squeezed into that relatively small space, but hey – it’s a NorCal festival about tea so I just need to shut up and be happy. Here’s a cozy little link for all to share and gush over:

I bought two tickets but will probably be going alone, so if anyone happens to read this and is in the region and interested, I’ve got an extra seat reserved for the taking. Anyone around San Francisco and want to go?

I am going to try to go and I don’t have a ticket yet… also I hope to join some others: http://steepster.com/discuss/2427-san-francsico-tea-festival