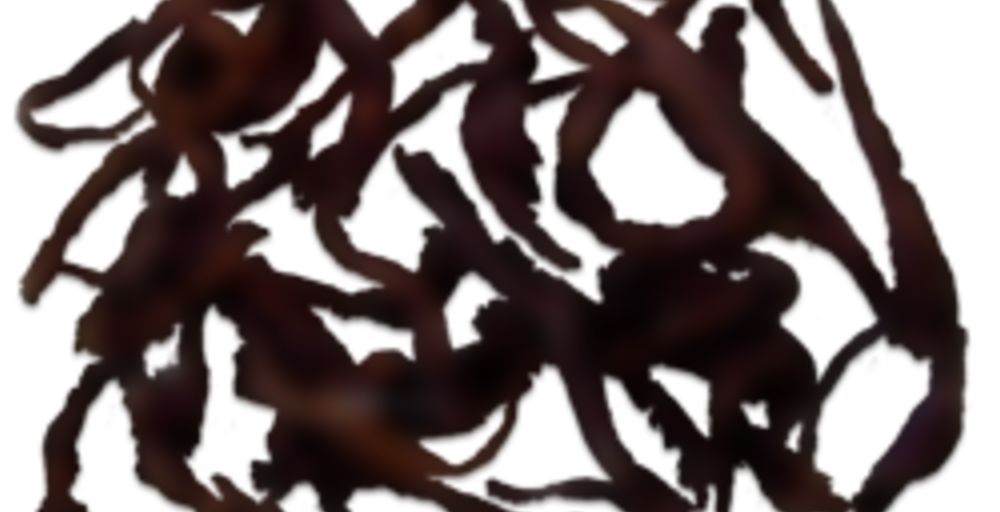 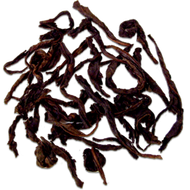 by Imperial Tea Court
81
You

We’re pleased to offer the 2009 edition of this teahouse favorite variety, one of the famous yan cha from Fujian’s legendary Wu Yi Shan area. This tea features very dark leaves and is slight glossy from the essential oils and sap that the leaves release during processing. The aggressive firing technique applied during processing yields a chocolaty roasted aroma when the leaves are first moistened. The liquor is rich reddish brown.

The firing technique combined with traditional processing methods of high oxidation produces a powerful initial charcoal impression with a hint of sweet spice; it’s a tea that profits from a good rinse prior to brewing to help balance the flavors. However, as you drink it, and more so as you re-infuse the leaves a few times, a tantalizing sweetness and obscure florals emerge and the taste gains substance and complexity.

It develops into a robust, satisfying brew with substantial depth and, improbably, a delicate, underlying woodsy nectar flavor. The texture is chewy and full-bodied, and there’s a clean, sweet aftertaste. Our experience with this tea is that it evolves and improves over multiple steepings as the flavors come into balance. The tea’s weighty complexity also makes it ideal for preparation in an yi xing teapot.

This is a case where it is perfectly safe and reliable to go by the retailer’s description. Roy really hits the nail on the head with this one.
I’ve gone through a lot of this tea, and wound up having to buy and season a teapot for it. I’m very glad that these old bush WuYi oolongs are potent enough and roasted to a degree where they can actually benefit from some aging. I doubt any would survive in my collection long enough to actually develop, though.

10g with 150ml water in a young zi ni rong tian yixing teapot used for WuYi YanCha. Two quick rinses without filling the pot all the way. Infusions progressed from 15 seconds to 2 minutes with about 5 seconds tacked on for each infusion. Used one kettle of heated water for every three infusions, using fresh water each time, starting with 83 degrees C and ending with 90 degrees C for the 22nd infusion, when I gave up.

Dark, brown leaves with red tinge on the stems. Dry fragrance sharp charcoal and cocoa with antique wood furniture and faint tobacco leaf notes. Wet aroma brings in mineral characteristics – wet gravel, granite, limestone, sandstone, sea spray saltiness – with old windblown tree woodiness. Cypress resin note. Aroma packs a wallop. Perfume lingers in the sinuses with peppery, dried brown kelp, carnation, tulip, grilled squash, and dry grass smells shifting around after sticking my nose in the pot. Leaves are not nearly as intact as many other oolongs – there’s a few entire leaves but most have been ripped/broken some way or other. Color takes on a patchy brown-olive appearance with red striping on veins and twig. Liquor is golden with orange-brown tint… Would look brown in a deep mug. Liquor doesn’t carry the sharp punch I got earlier, but still has the myriad of different aromas plus some. More dried herbs, lupine, succulents, sage, and clay topsoil… Reminds me of the smell of being at the rocky coast on a grassy cliff where a fire had burned not too long ago. Charcoal and light pepper still present.

Flavor is not sweet, but the nose and aftertaste leave an impression on your sinuses and tongue as though you just drank something sweet. Thick body. Sharp peach-pit astringency ripples through from front to back and hangs in the throat, causing a gravelly-like effect when coupled with the flavor, while the forward palate recovers with the mouthwatering effect. Really feels like I just swallowed dry gravel or cocoa powder, hahaha. Grilled veggies and nectar in the nose. Bittersweet chocolate. Caramelized onion fleets through in waves throughout a draught. Slurping really accentuates resinous wood and burned grass notes. I take that back – burned grasslands. The distinctive aroma of scorched rich soil is there in an odly refreshing way. This isn’t smoky, it’s roasty/flamed. Each infusion is different up to the 16th, where median water hyacinth and buttered wheat toast with honey hold on as a base flavor. Interesting flavors that pop out before then include vanilla bean, pie crust, apple peel, toasted sourdough crust, peach skin, dried orange peel, bergamot fruit, kumquat, Buddha’s Hand peel, papaya, yellow peach, apple-pear, soapstone, kale, mustard, cardamom, clove, overcooked grilled zucchini, pumpkin seeds, allspice, white peppercorns, sunflower seeds, broiled aged sheep’s cheese, pistachio, honeysuckle, and sweet potato. Lots of different flavors and each infusion has a different tactile impression ranging from dry to hydrating, thick to medium body, and at times cycling through all in different parts of the mouth simultaneously. Higher leaf concentration really aids in complexity on this tea. Burned wood note is prevalent in earlier infusions. Hotter water puts emphasis on wood notes and crushes the spice and florals.

This may not be a very approachable tea for some folks. The first few infusions are sharp and maybe even too harsh for some if too hot of water and/or too long a steep with no rinse. There is a ton going on and it sort of demands your attention… to the point where if you are drinking alongside delicate foods, it will take your attention from the food. Not something I’d want to brew as a full mug since I would not be able to appreciate the range of flavors produced in successive infusions and when prepared at dilute concentrations of 3g per 150ml or less, the taste is overrun with the woody-peach aroma. Despite these restrictions, I can not justify a score in the 80s. This thing is an exciting enough tea that I can’t sit with a cup of it to study – I wind up studying the tea! Yeah, I’ve tried this and wound up drawing the leaves in the middle of my page of notes. I may not count this among my “favorite” teas that are a bit more comforting and easier to brew or sit back and drink without thought, but this is a terrific tea that redeems the name of Shui Xian from the bulk Chinese Restaurant teabags and iffy “water Immortals” and “Amber Oolongs” that may come from the same varietal but do not hold a candle to this guy. This is probably the second or third most exciting tea I’ve had from Imperial Tea Court, and I buy a lot of tea from them. The most potent oolong I aim to keep in stock.