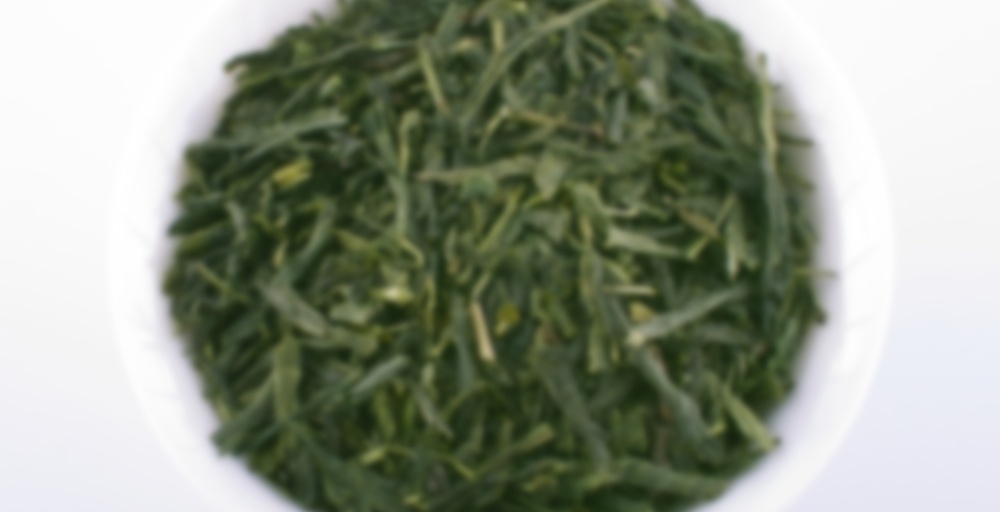 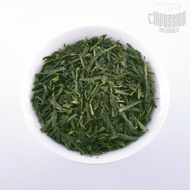 Get a taste of the most popular Japanese tea. This particular batch has very delicate flavor and it’s made with first flush, small and fragrant leaves. Grassy notes are less pronounced than with other Senchas and this one withstands too hot water better than the others. In other words it’s hard to spoil it and make it bitter. Wonderfully balanced brew, great Japanese classic that has nothing to do with Chinese counterfeit. Clear and bright Sencha with no hay astringent notes.

This is the mellowest Sencha I have ever tried. It’s not grassy whatsoever! It’s incredibly clean, mellow, calming, and somewhat reminiscent of pistachios. Not bad!

Brewed, the tea smells grassy – like a typical sencha. Taste wise, this tea was very light, mellow, and, well, weak. I have tried a minimum of 6 different methods of preparing this and still end up with a very similar cup.

You might want to try lowering your water temperature to 65C and reducing steeping time to 30s.

thanks for the feedback on both your teas, if I have not passed them on, I will try them again with these guidelines!

Ok so i received this tea today thanks to Infussion for the free sample. I was intrigued by this tea since they said not to buy the china Sencha lol I thought oh ok i will Try this then, there is Defiantly no grassy Notes to this tea, its so Soft on the tongue its just pleasant, normal Tea no Frills this is one i want to keep in my cupboard for the days i want just a nice tea :) My only thing is i wish they gave you how much and how long I should steep it for!

could you give me your steeping times for this Sare? Then i can make a review and compare it a bit :)

The second sample i received from Infussion was this Sencha. Its a 30gram sample, so they where very kind!

The dry leaf look identical to the sencha i received from jing a while ago. Maybe the leaf’s are a bit smaller but for me it looks very mutch the same! Thats a good thing because the sensha from jing was very tasty!

Now i used one teaspoon of sencha leafs and 70°c water, used a bit less leaf then i did before with my other sencha. Because that one was to strong at first. So after it steeped for 3min i’m tasting a very well balanced tea. The quality is equal to the one i mentioned above! I’m surprised that its that good off a sample.

Tnx for the chance u gave me to try it out, will order this one in the future!

going to brew a second and third cup later today aswel, will update this note or make a quick new one to post the results!

Haven’t reviewed yet, but I quite enjoyed this one myself. And large sample indeed for this quality level!

got one more i need to review, but it can take a while before that one’s up the berry thing :)

Oh, you are brave, I chose not to go there :-) Not because I wasn’t curious enough but simply cause I couldn’t pass on free bai mudan and gragonwell (longjing) :-) They do carry some pretty unusual stuff though!

well i had nothing left to choose the longjing was all gone :(

I drink so much flavored tea that sometimes I forget just how good a cup of the basic stuff can be! This is definitely a good sencha. The dry leaf has a perfect grassy scent, but the brewed tea doesn’t taste very grassy at all. It’s very clear and bright, maybe a hint of leaf and pistachio somewhere in there. The mouthfeel is so smooth and pleasant, it’s easy to drink a cup without even realizing it! I will definitely be enjoying more of this, especially whenever I make Japanese food.

Sadly, I think I waited too long for this tea. I may have overleafed slightly, but time and temp were bang on, and it’s just not great. There is a bit of a nice sweetness in the aftertaste, but the aroma is kind of weird and grassy, and the flavour is tannic and sharp. Familiar, but I can’t figure out what to liken it to. So basically, what I want to do here is quickly gulp a bit and then sit, savouring the aftertaste, because it’s growing on me.

Anyhow, not rating this since it was a multi-year-old plastic-bagged sample. I’m also not sure who it was from (Raritea??), but thank you! I wish I’d tried it sooner so I’d know how it really tastes.