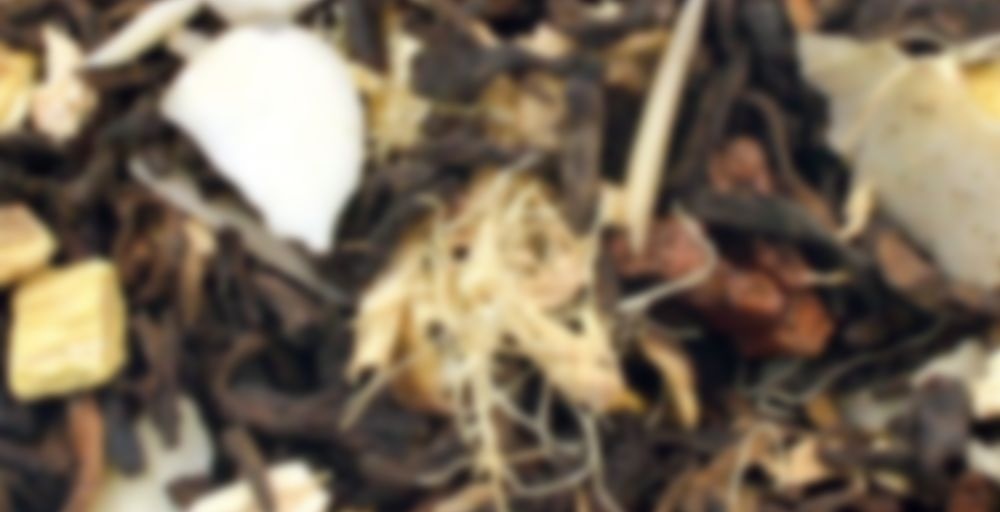 by International Tea Importers
77
You

Another of my oldest Snake River Tea purchases. It’s called “Wisdom Chai” and has a pu’erh base, but it isn’t the sort of tea I’d think of as what the west brands “chai”… this is a very strange tea. It’s an International Tea Importers wholesaled blend, and you can find some other reviews for this listed under the tea name under the multitude of tea shops that carry it, since ITI is about as prolific as Metropolitan Tea Co.

So, this tea is called a chai, but doesn’t really evoke a strong spice profile to me… it’s an odd flavor profile that tastes strongly of licorice and fruit. Two things that shouldn’t really work together, and for many people probably will not, but for me… I actually kinda like this. It is definitely weird, there is no doubt about that, but I really like the somewhat overbearing, strong licorice taste (I admittedly love licorice, strong black licorice, the kind everyone else can’t stand), and that anise is really pulling out the licorice flavor here, with the licorice root adding a hint of sweetness to really bring the taste of the candy center stage, but there is a backdrop of… stonefruit? It’s supposed to be mango, but I’m getting apricot, with maybe just a touch of very subtle undefined berry. It shouldn’t work at all, but I prepared it as an iced tea (brewed hot and then chilled in the fridge overnight, rather than my typical coldbrew preparation; I worried the pu-erh wouldn’t cold brew well) and am finding the licorice and fruit flavor is pairing well, like an odd food pairing that works, and it’s really refreshing. I do wish the licorice root didn’t linger on the tongue even when iced, but it is more cleansing than when warm, at least. And the pu-erh is surprisingly very mellow, I’m not even getting the typical dank/earthy notes. The anise/licorice is dominating the flavor enough I think the base tea doesn’t hold out much through it. I don’t notice the ginger at all… maybe it’s just me, or the iced preparation?

It seems like every “chai” I buy from Walmart tastes largely of licorice. I like licorice, but it’s not what I’m looking for when purchasing chai.