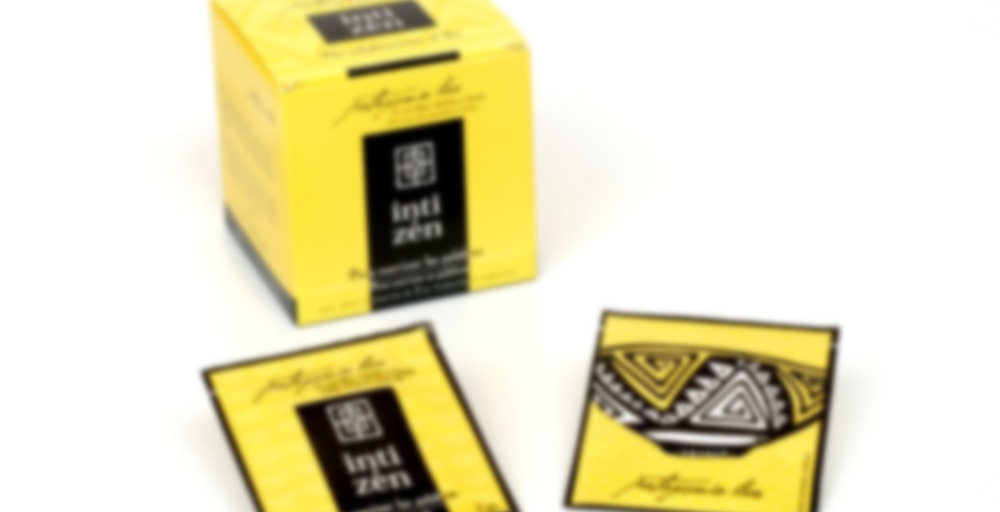 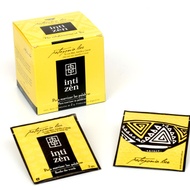 An inti zen mix box of tea bags was one of the packages of tea I picked up in Buenos Aires before I came back. I tried their Earl Grey early on in the trip, and when I saw the mix box I really wanted to try this tea when I saw the list of ingredients, with honey, vanilla and cacao. The tea bag has an intense scent of beeswax-y honey, with a slightly odd herby note. Brewed, the aroma is kind of odd and complex. That beeswaxy honey aroma is still there, but it’s joined by what I guess is a combo vanilla/chocolate note, but it’s hard to separate them.

It tastes ok, but yeah, that honey flavor tastes more like eating a honey beeswax lip balm than actual honey. The tea itself has a bit of a bite (apparently it’s an assam), and it almost seems like there is more spices hidden in the tea; it reminds me of a light chai or something. I don’t get distinct vanilla notes, and the chocolate seems to meld in with the black tea. There’s a slightly musty, hay-like note in the aftertaste. I’m also reminded that I don’t much care for assams. And tea bags make me much more sad then they ever used to… I don’t mind sachets, but tea bags are just always so disappointing. Well I’ll be back to my collection of loose leaf at work next week.

According to the ingredients, it is black assam tea with all “natural” flavouring of honey, cocoa and vanilla. A fair description apart maybe from the naturalness of the honey flavouring. It smells very strongly of honey before brewed, true, but it reminds me not of how true honey smells and taste but of “honey” lipbalms (particularly The Body Shop´s defunct honey lipbalm) and other “honey” products. After brewed it thankfully tones down a bit, the honey is still uppermost, but there is a nice aftertaste for the cocoa and vanilla. I like it a lot for that aftertaste, I wish the honey was not so intense, and dislike the assam tea base underneath, which seems a bit tanninic and bitter to me. In all I did not hate it, but both the flavouring and tea are a bit too strong for me.

I received one teabag of Patagonia Bee as a sample via Taste the World. The flavors seemed promising. I like Vanilla, Honey and Chocolate.

I may have steeped this too long ( I forgot about it while it was brewing), but I am not a fan. It kind of tastes what I imagine a Burt’s Bees chapstick tastes like. It tasted mildly of honey and vanilla…. and to me, it tasted a little waxy. I couldn’t detect the Cacao in the taste, but it was there in smell.