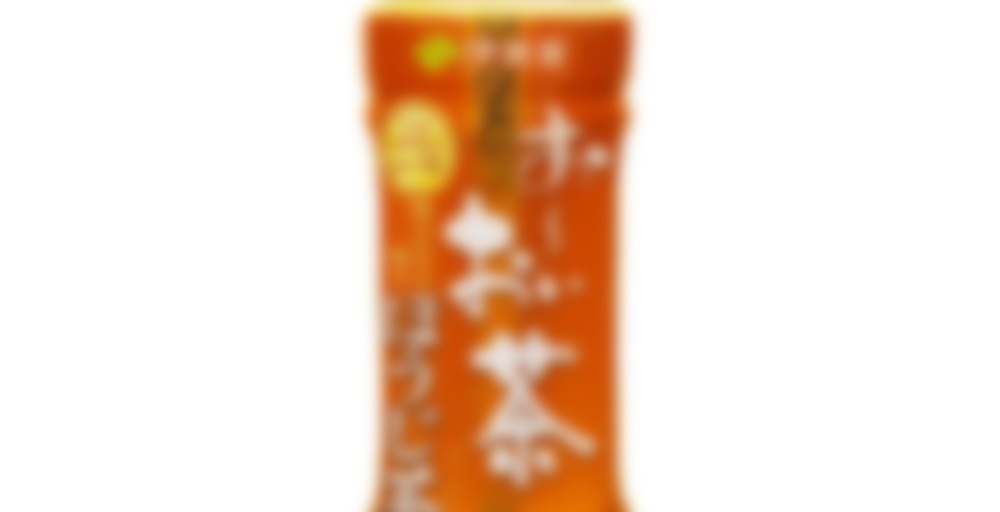 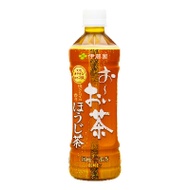 Ito En is, I think, the only company to be brave enough to attempt to expand their tea market to the States. I haven’t tried many of the Teas’ Teas because, as far as bottled drinks go, they are not too cheap, but when I am taken with a feeling of nostalgia, I will often give in and buy one.

In Japan, the Oi Ocha series, which I am going to go ahead and say corresponds to the Teas’ Tea series because I enjoy making claims that I can’t back up and have no basis for, costs a buck fitty, which is to say, exactly as much as any other bottled tea, so it was inevitable that I would get to them eventually. Today, I was in the mood for something different so I grabbed me some hoji-cha, which, I guess is roasted green tea.

I haven’t had hoji-cha in a while, so I have no idea whether this is a problem with this particular tea or with hoji-cha in general, but there is something massively off in the the immediate aftertaste of this tea (although it resolves itself after a bit). Basically, I get resin out of it, which is…not very tasty. Otherwise, it’s definitely got a roasted aroma to it, actually, on greater thought it basically ONLY has the roasted aroma to it, with the resin coming in at the end. All in all, I am not impressed with this stuff.

Still, as I said, i don’t know whether that’s because this hoji-cha in particular is shoddy or whether I simply do not like hoji-cha. An intelligent person, a person possessing common sense, would take note of the plethora of other kinds of tea available to them and simply play it safe by refraining from trying other hoji-chas. I, however, am neither of those kinds of people! Moreover, I have a MISSION to catalog the bottled iced teas of Japan and no matter how HARD or UNTASTY it gets, Steeples, I will PERSEVERE. Because that is the TRUE MEANING of Christmas.
Yours I Like This
9 likes
0 comments
Edit

I picked up a bottle of this at Mitsuwa today instead of my usual Ito-En Golden Oolong and Green Tea. I’m surprised at how much I liked it because I usually don’t care for hojicha and roasted teas in general. This is a roasty tea for sure, but not aggressively so. It’s really smooth and gentle with a nutty flavor and a soft, faint oily finish. It’s very warming (even chilled) and comforting like genmaicha. The taste is similar to a roasted oolong and reminded me of Golden Oolong except this one is darker and doesn’t have the floral-cinnamon notes.

For a bottled tea, this was outstanding and probably the best hojicha I’ve ever had. Its miles above your standard grocery store bottled tea, although that’s generally true for most Ito-en teas. This would be a great summer drink and makes me want to branch out from my standard green teas to explore hojicha.

Those Oi Ocha teas were a game changer for me. I graduated from a gas station/grocery store brand called Tradewinds Unsweetened black (which back in the early 2000s was amazing; it’s now cheaply brewed and a shadow of its former self) to the line of Oi Ocha teas when I moved to California. And honestly, I think they’re what led me into higher quality loose-leaf.

Yeah Oi Ocha are pretty much the only bottled teas I ever buy. TeasTea are also good and I think it’s by Ito En too.

I wish these were available where I live. Seriously, the bottled iced tea game out here in Idaho is aaaaaaaaaawful.