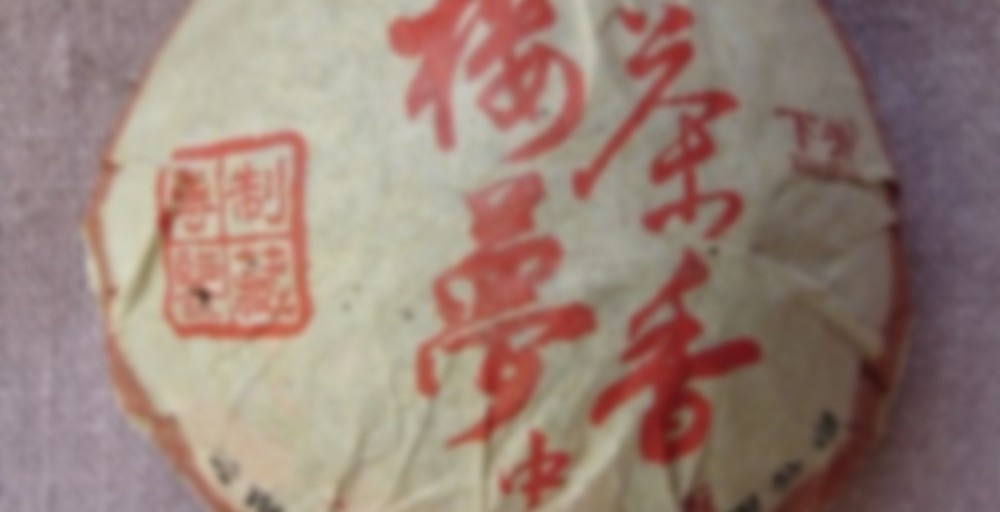 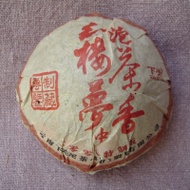 A premium “non FT” release from the Xiaguan tea factory. Likely a blend of 2007 and 2008 early spring teas tightly compressed into a 100 gram tuo (bird’s nest). This tea has a strong cha qi but is balanced with some mellow soupy flavor as the result of blending some wild arbor tea in with it. The “Dream of the Red Chamber” theme is based on a classic novel from the Qing Dynasty authored by Cao Xueqin.

This has been stored well it has no sharpness left in it. Very nice and almost sweet on the sides of the tongue. Pale light green brew,very nice to just sit and inhale the aroma. Not an overpowering one by far. Very nice and easy to drink. I think this will just get better and better with age.

I was sent a sample of this tea by a fellow Steepsterite and it has sustained me through today. It’s a sheng, and it smells like a sheng: hay and horses to my nose. The liquor is a yellowish amber and smells sweet, but not strong. It tastes sweet too with a smokiness that I liked, but the promised cha qi did not appear. Never mind. I’m convinced that cha qi is more about your relationship with the tea than it is about inherent qualities of that tea. Even without that, I enjoyed this tea and it has sustained itself well through the day. I am still getting a smoky sweet liquor after about a dozen cups although I am now up to a 1 minute steep. Still that’s pretty good. I’m off for another cup now and then a large glass of port before bed. :)