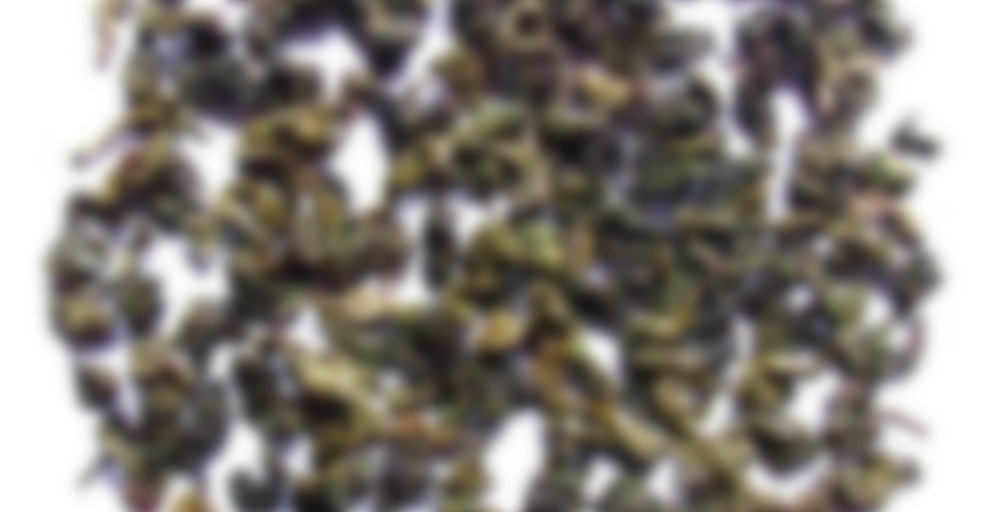 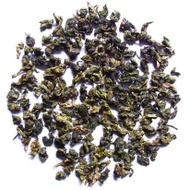 Dry leaves appearance : nicely and evenly rolled into a fisted shape. Darker green color along with a yellowish hint

Liquor : Full-bodied liquor with thick and oily texture and clear yellow osmanthus taste developing along the brews. The tea taste is very strong, only few leaves will be needed to make a tasty brew.

Strange, I just now realized I already wrote a review of this tea! Oh well, I will list my newest one first, and keep the original below for comparison purposes (why not?).

BEGIN NEW review
I bought a 25 gram sample of this tea in April of 2011 and I just finished the last of it today (6/21/2012). I drank this off-and-on through out the year using my standard times and temperatures for oolongs, steeping it in various ceramic teapots; stevia was always added.

I have been getting at least four good steepings out of it (starting at near boiling at 45" and adding 30" and hotter water for each additional steeping). Now having had a number of them, I consider this a good quality Tie Guan Yin in terms of leaf, aroma, color and flavor. I have grown to appreciate them (I didn’t at first), and now I am beginning to explore the Taiwan High Mountain Oolongs (THMO) with the hopes that I will be able to tell the difference between the two (right now I can’t, having had many TGYs, and only two sessions of a THMO). Finishing this one off makes room for more new ones!

Since I have now had many TGYs, I am giving this a rating. (Although, now that I look at the name, it doesn’t sound like a TGY. Oh, well).
END NEW review

BEGIN old review
Note: This is my first of this type of ‘green’ oolong.

Age of leaf: Harvested spring 2011. Brewed in late summer of that year.

Color of liquor: Light golden color to begin with, then became lighter with each steeping.

Wet leaf: has a fresh green look to it, and it smells quite a bit different than the taste or aroma of the tea liquor—more like a green tea overlaid with a strong fragrance. A few stems, one or two leaves that are brown on the edges, but mostly whole, large, fresh looking leaves. Interestingly enough, some leaves have slightly serrated edges, and some do not, and some have more of a wrinkled look than others.

Flavor: Starts off with a strong flowery flavor, then it becomes less flowery, and more like the taste of a Dan Cong Oolong I have had before in later steepings.

Overall: The first steeping was too flowery for my tastes (but my wife really liked the aroma), as it reminds me somewhat of jasmine tea (which I did not like the one time I tried it). The second steeping was lighter in color, and both the osmanthus taste and aroma were muted; I enjoyed the flavor more, as it was not as flowery. On the third steeping there was very little flavor and no aroma. I think I will go with shorter steeping times next time in the hopes of getting at least three good steepings out of it (start at 30 seconds). It was a fun oolong to steep.
END old review