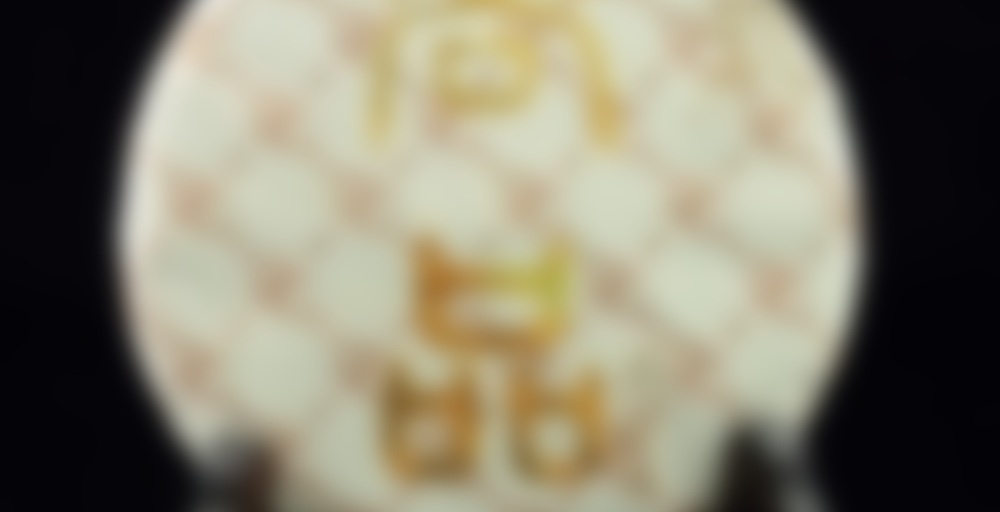 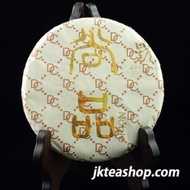 Pu Er tea from Bulang mountain in Menghai is famous for its super sweetness after a short bitterness, thick tea taste
and high mountain flavor. So that is why people describe Bulang tea is the most aggressive tea among all the Pu Er
tea in Yunnan.

Bulang minority is called as Pu(?)people in ancient China, who were good at cultivating tea wherever they lived. It
has been almost one thousand year long that Bulan minority live in the Bulang mountain. Besides, there are still
some other minorities living in Bu Lan Mountains, such as La Gu minority, Ha Ni minority and Han Majority. So far,
Bulan mountains has about 6.5million square meters of ancient old tea trees with average age of over 200 years.
This ripe tea is adopted the new piling fermentation techniques, which is fermented under a special-made bamboo
basket, which is unlike the traditional piling fermentation in the slot/trough; We define this new fermentation method
as bakset piling fermentation. Hence, even for the new ripe Pu Er tea, the fermentation smell in the ripe Pu Er tea
does not exist at all.

No fermentation smell plus all the big tea tree Maocha makes the Bulang ripe Pu Er the rarest tea in the world.
Super soft, smooth, mellow tea taste with long-lasting sweetness. You probably will intoxicate in each sipping.
The aroma, we describe is the traditional Chinese Mesona arom(Liang Fen Cao), which is quite pleasing.
http://en.wikipedia.org/wiki/Mesona

As to its taste,it is also the mesona taste with sweetness. It will be more obvious after the tea is cool. The
taste of ripe Pu Er tea will be better and smoother after it is not so warm.

This is a special tea, still in its infancy. It has a wonderful rich smooth flavor profile with a unique characteristic of significantly different taste depending on the temperature of the steeped tea. Brewed the traditional gong fu style with 212 degree water, this tea flavor changes as it cools. The initial hot liquor is smooth with high tones of soft bark and cane sugar. At first I though that this tea really doesn’t have much taste, but as the tea cools complexities come out and the tea becomes more rich and sweet with subtle spice notes.

JK Tea Shop describes this tea as “connoisseur pu er” and the price certainly reflects it. I purchased a cake in May of 2013 for $115 and as of this posting the price has sky rocketed to $450! I have not opened my cake and have not tried this tea since I finished the sample I bought prior to purchasing. This is a tea for long term storage for me that I will gratefully savor at some special occasion in the distant future. This is a special tea for sure!

I know!!! Check out JKTeashop.com, they are selling this for an astounding $450 right now! It’s a little ridiculous though… I found the same tea on jas-etea.com for about what I paid for it last year.

Your notes are amazing, went and got me that tea made for avoiding…

In fact, you could sell this one to buy 3 of that 1990s cake and be assured of never working again!

Thanks Cwyn! You know, that wouldn’t be a bad thing. :)