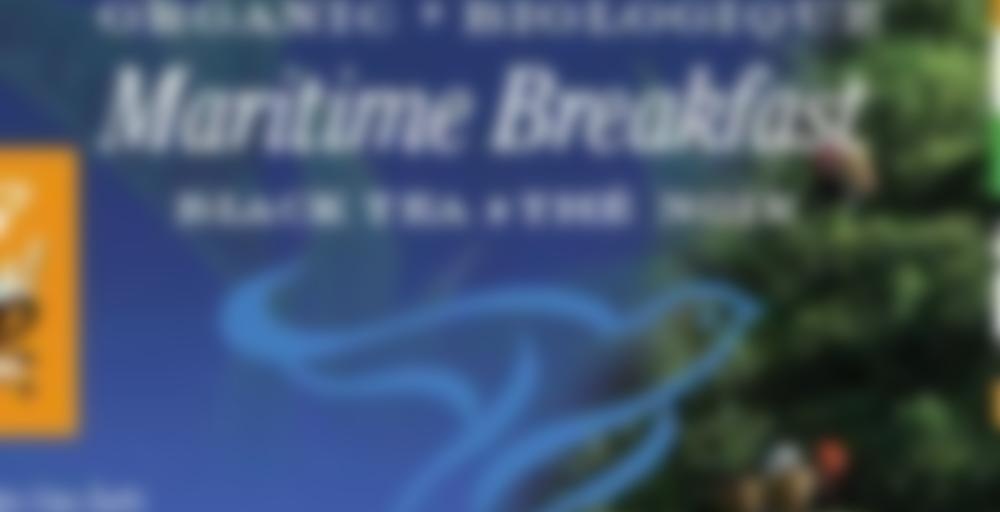 by Just Us Coffee Roasters Co-Op
75
You

From Just Us Coffee Roasters Co-Op

1 bag for 250mL boiling water. Bare. Sampled at 5 minutes and then at 8 minutes.

Every now and then I still buy bagged tea at the supermarket. It’s usually a disappointment, but the Just Us tea intrigued me. Just Us is a small coffee roaster and tea importing co-operative in Nova Scotia. The Just Us coffees are pretty good, and I was low on a basic black tea blend, and, after some time outside in the fog, right in the mood for a proper cup of TEA. Just Us Maritime Breakfast one says it’s all India black tea — yay — from TPI. I like Kenya and China and Ceylon blacks, but sometimes only Indian black tea will do.

The Maritime Breakfast is a fairly small teabag filled with fannings. I felt a letdown when I saw that. But the scent — there’s a nice pinch of Darjeeling in this blend, the muscatel sharpness unmistakable.

So I steeped it, one little teabag to strictly 250mL/8oz of boiling water, for 5 minutes.

Maritime Breakfast brews up dark and fast, like Tetley, but the comparison ends there. The Just Us blend smells earthy (Assam?) and a bit sharp (Darjeeling?). There’s some maltiness and heft and an astringent finish that, if you steep it to 8 minutes (like i did when I got distacted) is really pronounced. The finish is mineral and sweet — oh, that’s gottabe Darjeeling, even if a low quality — with some wood notes. At 8 minutes, the liquor is very dark, almost coffee-like, and opaque. Strong without being bitter. For a black tea blend in general, quite nice if you like India tea. For a supermarket baggie blend stuffed with fannings, it’s great. It’s also fairly cheap. It also reminds me a lot of what ‘regular tea’ tasted like when I was a kid, before many manufacturers seemed to switch more to Kenya and Ceylon in their blends. Or maybe I’m just imagining that.

If you like a strong cuppa, I wouldn’t steep a bag in a big mug; it really is a fairly stingy serving of tea.

This isn’t bad at all for a bagged tea – composed entirely of Indian black teas it smells like a Darjeeling but it isn’t as astringent though there might be a touch of muscatel flavour in there. There’s a hint of Assam’s maltiness and the blend is robust enough to go well with milk but gentle enough that you could drink it plain if you reduced the steeping time (i usually do 5 minutes with a black tea I plan to add milk to and 3.5 min for a black tea I’m going to drink plain). It would be nicer as a whole leaf tea, but for what it is this tea isn’t half-bad.