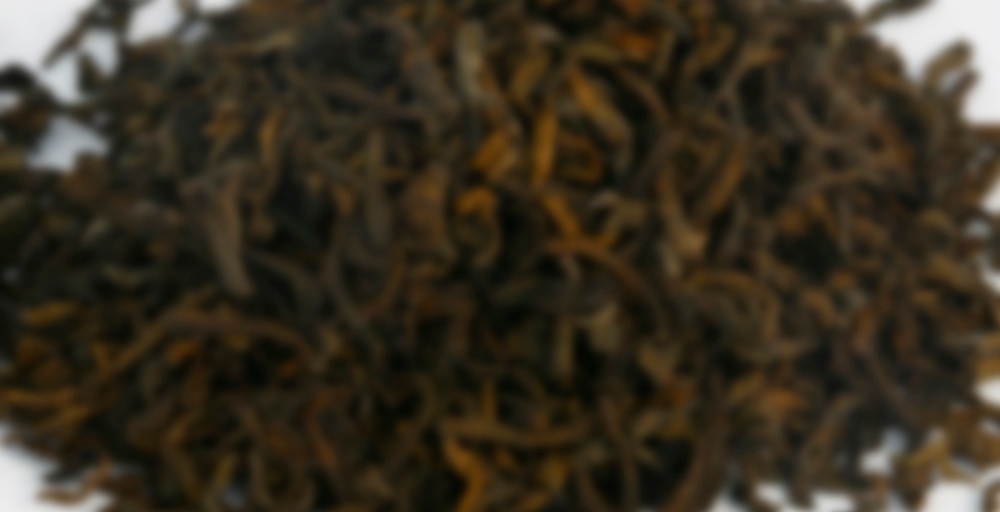 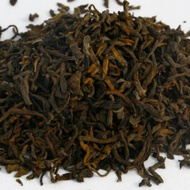 The Yunnan Pu-erh tea is Yunnan’s historically well-known tea. It started since the Shang and Zhou Dynasty. By Qing Dynasty, Pu-erh Tea was selected for paying tribute to the Royal Government. For the past hundreds and thousands of years, its history has not been faded.
Our aged Pu-erh Loose Tea is made from the wild ancient tea trees of Yunnan’s high mountain tea villages. Tea leaves were processed after-fermentation by the natural bacteria and then kept in a cool environment for years until the leaves turn out the aged mellow aroma. It has a natural strip shape and a golden-brown color. The taste is much mild and smooth. The longer the time the Pu-er tea is kept, the better the tea becomes.

Wow, this one was…different. First of all, I love puerh and strong shu is good shu in my book. I am trying to get better at judging sheng, but I am happy to say I have become much better at telling one shu from another. For a long time they all tasted the same to me, then I could distinguish different ones, then this happened.

And what happened was that I opened the pouch and it was like Captain Jack Sparrow was singing “I’ve got a jar of diiiii-iirt!” Because that is ALL I COULD SMELL. DIRT. Not just dirt. Dusty dirt like the dirt under your house that smells so dry your nose shrinks up from the first sniff and you can’t decide if you like it or hate it.

After all the alarm that brought on, this was a decent enough tea to drink. Yes, the first steep tasted like…well….dirt. But it was good dirt. And later steeps were good.

But I think I have found what this tea will be used for. I am trying to be a good girl and not give in to the warm weather cravings for soda that sometimes beset me. The only thing that consistently makes me happy to turn away from soda is cold puerh from a glass pitcher in the fridge. It is so refreshing.

So a couple of days ago I put one tablespoon of leaf in a pot and steeped it over and over until I had 3 quarts of tea. I put it in the fridge. We have finished one of the pitchers. It really is refreshing and good. I think cold puerh tastes like spring water must have tasted on the first day it ever existed – clean, pure, and unpolluted.

There were a bunch of kids and young adults over last night to play D&D and I offered them some, and would you believe they loved it? My daughter bought me bunches of this tea when she was in Toronto, so I think I have a pretty good start on my hot weather beverage stash!

This tea while not overly complex is a pleasant, easy to drink loose ripe puerh blend.
The dry leaf smells slightly spicy and fresh and looks pretty much like the photo. I used 3g in 100ml of water. The tea broth had a deep reddish peach tonein the first steep after the rinse before darkening. The first steep was a little woody and drying. It had tones of tart fruit, camphor, leather, and cacao.

Subsequent steeps softened significantly with the tart fruit diminishing and mixing with the other notes and a floral toned vanilla becoming apparent.

This is maybe not the most resilient maocha. I got 6 short steeps before lengthening to a minute steeping time. However on the 10 the steep which was around 3minutes it still has a pleasant and fruity flavour. The woodiness and tartness returned in the longer steeps. Altogether pleasant and easy to drink and a nice shou for the still slightly hesitant initiate like me.