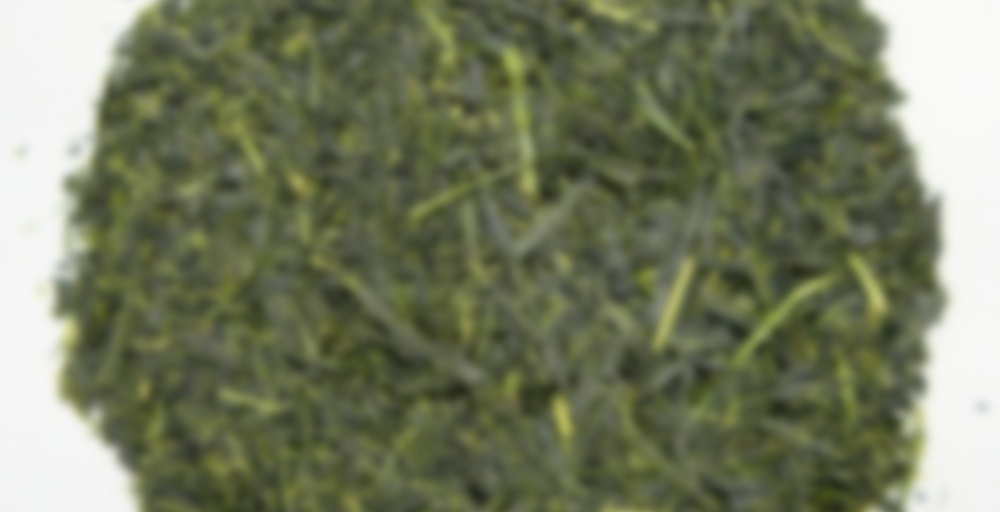 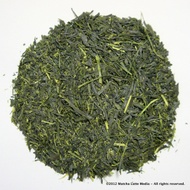 by Kurihara Tea Farm (Yunomi)
76
You

The Standard Gyokuro Tea is shaded for a shorter amount of time (about two weeks) than the more premium gyokuro teas, it has a much more balanced taste due to the higher levels of catechin.

Another one from my overly large Yunomi sample order.

I did one steep at probably 130-140F water for 2m. This cup was intense with umami and a bit of bitterness, with vegetal spinach and sweet beany notes. Quite a powerful cup.

Next steep was 185F for 15s. Much gentler now, but still possessing some umami and appreciable depth. Sweet grassy notes dominate the flavor now.

This was a good gyokuro tea. I’m not sure if I ordered this one – it might have been one that Yunomi included as a free sample. Either way, it’s one I could see picking up a larger bag of if I’m feeling like gyokuro.

This is a very balanced Gyokuro. It has subtle but present umami flavors while not being overly rich.

This is my first Gyokuro time! Aaaah!

This review will be broken into three parts because I prepared this as Gyokuro first then read that Kabusecha is meant to be prepared like Sencha, rather, so I tried both ways. Last, I took some tips from online and made a salad from the used leaves.

The smell of the dry leaves in the warm kyusu is incredibly sweet and umami. This smells very rich and delicate. After brewing, the wet leaves smell similarly but with more vegetal notes. The brew is very thick, syrupy looking and green-yellow.

That is a pure shot of umami in the mouth. Wow. It tastes like a very rich broth. The way the flavor just stays there in your mouth for so long is really impressive. The flavor is incredibly intense and has a pretty nice little kick of bitterness to it.

At first I was thinking it was slightly disappointing that it makes so little tea for such an expensive tea, but as rich as this is… wow. I don’t think I’d want to drink much more than this tiny little tasting cup full. This is intense!

My second infusion was much shorter and produced a translucent bright yellow-green liquor that looks like Mountain Dew. It smells a little more sweet and grassy, and tasting it now it is more of a blend of umami and salt and grassy, whereas the first infusion was just straight up umami in the face.

I did a third infusion and it started to taste more like a regular sencha but with a bitter finish. On the fourth I decided to up the temperature to around 176F to try a hotter brew and bring out some of the astringency. The tea tastes quite bitter and has a seaweed flavor. There is still some umami richness though and a lingering sweetness after sipping it. At this point I think it is undrinkable, but I have done this step to prepare the leaves to make a tea salad. It is necessary to get out some of the bitterness so they will be tastier to eat.

Flavor-wise, the result is similar to the first method of preparation but much more diluted and more like what we think of as tea, liquidy. It is really similar to Sencha but with a much more umami-rich flavor. It still has the strong trailing bitterness that comes in the later part of the sip, though the umami lingers in your mouth much longer and outlasts the bitterness.

I can really see this tea going either way as far as method of preparation. I say do what you think would suit you best. Do you want it in a small amount and really strong or more diluted with more to drink?

I just took the leaves and dressed them with a Japanese style dressing (3 parts ponzu, 1 part soy sauce, 1 part sesame oil, and some toasted sesame seeds). This is really tasty! I think I like the salad more than I liked the tea (uh-ohhhh, hahaha). I’m kind of scared of the insane caffeine rush I’m going to get from this though, but I wanted to try eating it. I’ve been known to get caffeine-induced panic attacks from matcha particularly. Consuming the whole leaf, especially with these fresh green teas, seems to pack an insane caffeine punch.

It was an interesting experience either way. I’ll have some higher quality Gyokuro reviews up soon, as I have the Kurihara sampler pack, and this was just the gateway in. Kabusecha is the ferryman between Sencha and Gyokuro, after all.

All-in-all, I’ll be honest. This was really hard for me to drink. Something about it was kicking in my gag reflex a little, maybe just the pure foreignness of this type of flavor. It is just really crazy rich and you might get a similar experience from dissolving a teaspoon of MSG into a shotglass of water and sipping it (though I don’t recommend it).

I can’t rate this tea terribly high because it was not one I’d like to drink again, but if you are an umami nut and like some bitterness, this might be one for you. My score is a reflection of how much I liked it, not on the quality of the tea.

hmm, I don’t think gyokuro should be bitter!

See… On all fronts, I think I agree with you, though, the gyokuro I have had is from teavana.
It’s to much for me… Too rich.

Teabrat, it is probably because it is kabusecha, which is only grown under partial shade. Gyokuro is much more heavily shaded. I think the title of this tea is a little bit inaccurate, since from what I can tell in my reading kabusecha is not a type of gyokuro, but since it is shaded during part of the growing it is often considered to be something in between sencha and gyokuro. If I could name this tea myself I would not make any mention of gyokuro because by the strict definition of gyokuro this tea is not gyokuro. I think they include it in their gyokuro sampler as a means of showing the cheaper and more accessible entry point into the more umami rich Japanese green teas. The bitterness wasn’t overwhelming, but it was in the same sense that some sencha have a bit of natural bittnerness even when brewed at the proper (low) temperature. I will try the actual gyokuro very soon. There are 3 in this sampler. Can’t wait to try and review them!

Oh wow, I had such a different experience with this tea than you, so fascinating! I really loved it :)

I tried a Gyokuro from Yunomis (my first too) and wow, was it ever deep rich. It wasn’t bitter though.

Lion, ok that makes sense. I definitely remember gyokuro being on the sweet side, at least the ones I tried.

I’m curious how you all prepared it though. Did you prepare it the traditional way, which produces an incredibly concentrated, syrupy, tea? I’ve prepared three of the teas from this gyokuro sampler now, and all of them had a natural bitterness when prepared this way, some less than others. However, the very strong savory/umami flavor strongly overpowers the bitterness, so the bitter taste only comes in the end of the sip.

Here is a link of the “proper” way to brew Gyokuro:
http://everyonestea.blogspot.com/2010/10/how-to-brew-gyokuro.html

Most western drinkers are prone to brew it like a sencha, which produces a completely different result, a lighter green tea that is very liquidy and umami-rich, not nearly as bitter.

Gyokuro is typically said to have mild bitterness compared to sencha, but I think nearly any tea when brewed to this high concentration is going to have some bitterness.

You’ll notice in the traditional method of brewing gyokuro, they use so much leaf to water that you only get about 60% of the water back. It is incredibly syrupy and potent. It is intended to be sipped in such small amounts that there is barely any liquid to go down your throat in the sip. The flavor fills your mouth very strongly. Note how little tea is in the cups at the end in the link I posted above. That’s all the tea it makes with that huge amount of leaf.

I brew mine more like a sencha I am sure. I should try it the potent way someday!

It is out of this world! I think I like it more prepared like sencha because the concentrated way is so insane. But I also love just how unique and different the taste is when you do it the traditional way. My western palate was not prepared for that much umami flavor!

Here’s one more resource about it if anyone is curious.
http://everyonestea.blogspot.com/2014/02/gyokuro-is-not-something-to-drink.html