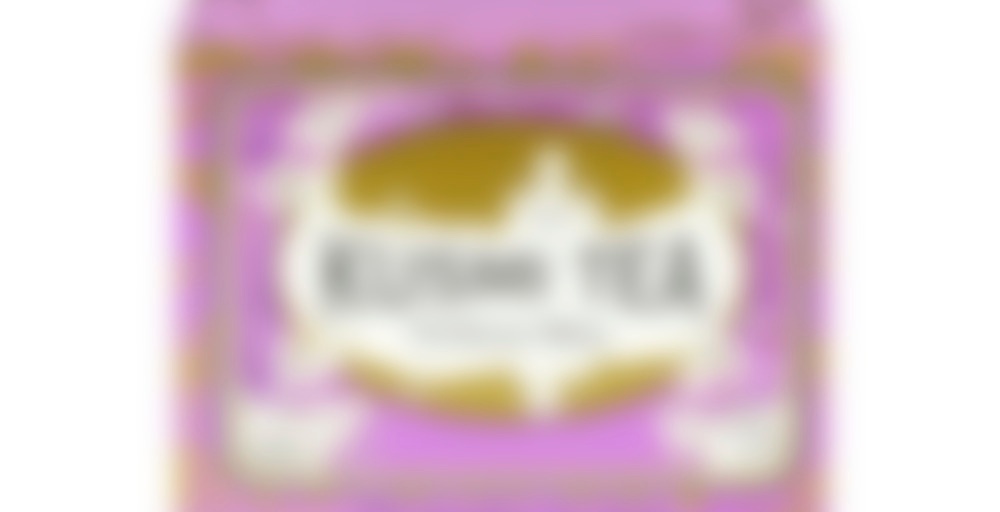 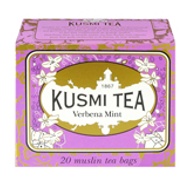 Coming from Chile, introduced in Europe at the end of XVIIth century and mostly cultivated in Morocco and in Southern France, verbena pleases with its light lemony notes.

Coming from the Mediterranean area, peppermint which was already used in the Antiquity is recognizable by its lightly spicy taste. Thirst-quenching, used as digestive aid, spearmint also contains antioxidants and has cooling properties.

The combination between verbena known for its antispasmodic properties and peppermint for its digestive benefits makes a perfect relaxing, refreshing and digestive after meal drink.

Yesterday, we went to the zoo. When we got there, we went into their restaurant and had some cake and hot beverages of choice. They had an offer for coffee and cake, but uncharacteristically I chose to have tea instead. Primarily, because I saw they sold Kusmi as their tea, rather than the average mediocre super-market tea brand. Even more uncharacteristically, I chose one which wasn’t even tea.

I’m not sure what made me go for this, but as I looked at their selection it was just the one that was standing out to me the most.

It was actually quite pleasant. It was a bit subdued in flavour, but I put that down to the rather non-optimal brewing conditions, and also the fact that I probably could have let it steep for longer than I did. Just… I was thirsty.

I’m not normally much of a big mint-fan, but this one was minty without tasting like a mouthful of toothpaste. It was not a minty tisane as much as it was a tisane with a fresh touch of mint to it.

I’m not very familiar with verbena, though. I’ve had it a few times before, but have no memory of what I thought of it. In this blend I couldn’t quite pick it out as an individual flavour, but it seemed to support that minty touch quite well, giving an overall flavour of something quite impossible to pin down but still very nice.

I was really quite pleased with my choice and I might choose it again if having tea out somewhere where they offer this brand. I probably wouldn’t buy it for myself though, because I can’t quite see myself drinking it at home very much.

Points given not on a general scale of nom-ness, but in comparison to my usual attitude towards herbals.

(Of course then when we came home, my next stop turned out to be at the emergency vet’s with Luna for re-stitching. Stupid cat. She’s home now, with new stitches and wearing a green bodystocking which makes her look frightfully silly. Hopefully this will be enough for her to have a chance to heal up properly.)

Is this a popular brand? I want to try it!

In Denmark, it’s getting relatively well known, although you won’t find it in most supermarkets. Some department stores have it and actual tea-shops tend to have a selection of it as well. Slowly, they seem to be getting out to cafes and such like.
I don’t know how common it is in America, I’m under the impression that it’s not as much, but that you might be lucky and find someone who sells it. If memory serves me right they should have an actual Kusmi shop in New York somewhere. But that’s just because one of the other Steepsterites visited it while on holiday or similar and I think they were in New York.

I’m just so impressed that the Zoo serves such good quality tea, good on them! When I read the name of the tea all I imagine is drinking the verbena shower gel from L’Occitane because that’s the only thing I’ve ever had that’s been verbena scented and it is lovely and I could really imagine it as a tea (minus the shower gel part). I don’t think we have that brand in Melbourne but I’ll have to keep an eye out for verbena tea because you have intrigued me greatly!

I hope Luna’s stitches stay in place this time around. :)

They’re worming their way in at cafes and similar it seems. I can’t say I disapprove of that. :D

As for Luna, the little bodystocking seems to be doing the trick. She hates it and is leaving small smelly protests outside the catbox, but she actually passed Tummy Inspection today. :)