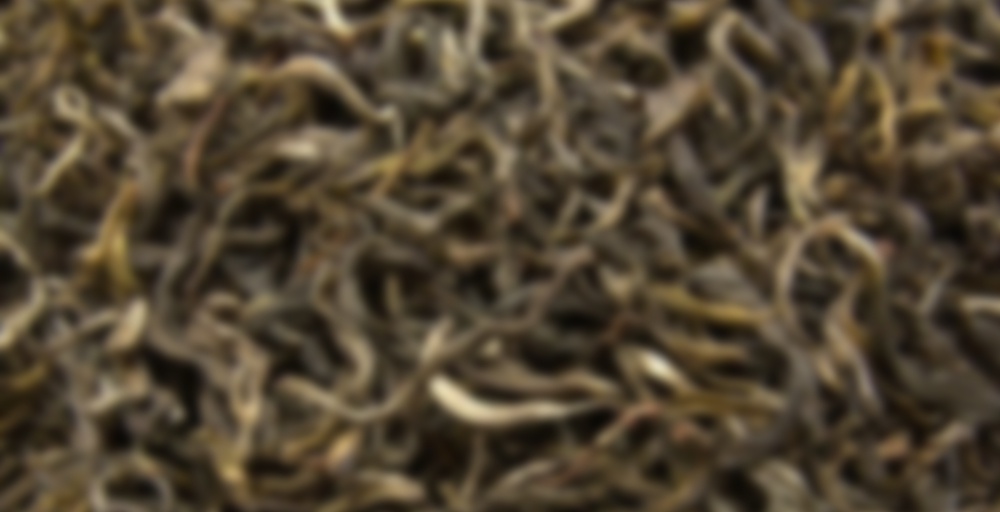 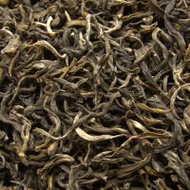 This tea is our first experience of making green tea.
One day, at the very beginning of our work in Phongsali, we arrived at the factory on a rainy day and found the local people making Green tea, using tea leaves form the cultivated plants. They were drying the leaves on the large wood stove because of the wet weather. What a surprise it was for us when tea turned to be a very flavorful and a bit lighter in color than sun-dried Green tea. Also, it wasn’t as strong as Sheng Pu-erh tea, which is usually made using a similar technique. But we really liked it! And a week later, on a cloudy day, we decided to try our newly discovered method.
Actually, an important detail was our choice of the raw material. We got some tea leaves that had been harvested from the old tea trees. It would be impossible to use such tea leaves for making Green tea if we were in China. There, leaves from old tea trees are very expensive and are being harvested only for making the Sheng type of tea. Using the leaves this way is seen as an investment because the price of the tea on the market will increase with time. But we wanted to try it, just for the sake of experiment.
As I mentioned before, the technique used for making Green tea is very similar to the technique for making Sheng Pu-erh tea, which is basically green tea too, but sun-dried. The way it works is that collected leaves go through withering and wok pan roasting, then are shaped by a rolling machine. This rolling is usually done by hand for Sheng Pu-erh tea. After rolling, the tea leaves must be dried quickly to preserve their color and fresh aroma. For that reason, we used a wood stove to dry the rolled leaves really quickly.

When we tried our freshly made new tea, we were very satisfied with the result. The tea turned out to be extremely aromatic with a honey-sweet taste, totally different from the traditional Green tea. Unfortunately, we could not make any more of that tea because of the drought, which happened later in March. But for a long time after the successful experiment, we did enjoy so very much the sweet smell of our new Green tea every time we opened its bag.

This tea is not at all similar to the average of Green tea from China. Rather, it is reminiscent of Sheng tea, but at the same time it has a soft honey-floral taste and a long sweet finish. Among ourselves we called this tea «something impossible to make.» But we made it!

Description and making tips: It is very delicate and fragrant tea. Taste and aroma unfold when using porcelain for steeping. Recommended water temperature is 80-85 °C (175-185 °F).

The Ancient Art of Tea: Wisdom From the Old Chinese Tea Masters by Warren Peltier