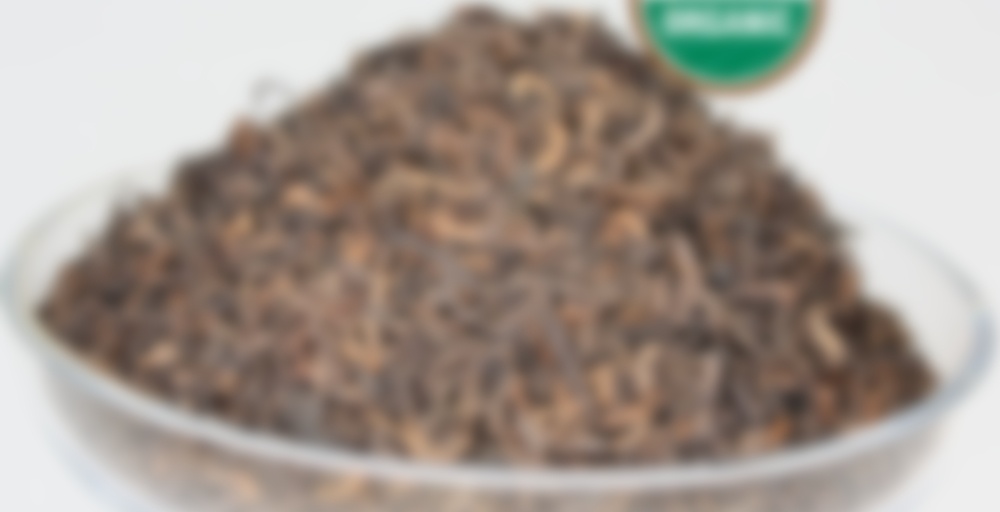 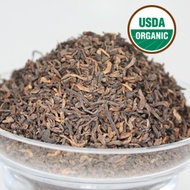 by LeafSpa Organic Tea
72
You

A rare, organically grown Pu’erh tea. Finally, after years of quality testing various Chinese tea estates, we are proud to be one of the few importers to offer an organic Pu’erh tea. The leaves are grown and processed in Yunnan Province. Pu’erhs are highly oxidized post-fermented teas and are the only teas that improve with age like fine wine. These teas lower LDL cholesterol and provide a multitude of other healing capabilities. Substitute that cup of morning coffee with the wonderfully bold taste of this organic Pu’erh and know that you are improving your health with every sip.

Kind of doesn’t smell or taste like anything. Can steep multiple times with virtually same result.

When I first steeped this tea I thought I would be turned off by a very bitter strong flavor cause of how dark it was. This is a very dark tea with the aroma of dirt when you first smell it in the canister, but in the cup it has a smooth sweet flavor that’s very pleasant!

Trying this in the gaiwan today. Have just enough left to do something else with it. Not sure what. Maybe try it in the yixing again.

I am somewhat intimidated by pu-erh, though I like what I’ve had of it generally speaking. I’m just never sure I’m “doing it right” and since pu-erh can be pricey I’ve been reluctant to start with some of the things I know to be good in my stash.

Let me say that another way. It’s more accurate to say I believe them to be good based upon the word of the companies I’ve patronized because, as recent threads here have indicated, there’s a lot of room for everything from misunderstandings to getting ripped off particularly with regards to pu-erh. Which is one of the reasons it intimidates me.

In any case, most of my experience so far has been sort of the toe in the pool method rather than diving in head first. Because intimidated.

So here’s another toe in the water effort. I went for very short steeps after rinsing. Starting in the immediate range (1-3 seconds) and increasing by five seconds each time.

1. Very dark and opaque, like black coffee. Smells like a saddle. Tastes a bit salty and a little like potting soil. I think this is what tasters mean when they say mushroom, as raw white mushroom doesn’t taste like much to me except a little like dirt, and that’s what I’m getting here.

2. Same look to the tea, if anything a bit darker and a bit more opaque. Rather like flat cola. Still some leather in the aroma. But smoother and something else, too. Tobacco, maybe. The flavor is less salty, and actually quite smooth. It just doesn’t taste like an awful lot to me.

3. Color is the same. Less leather and more earth in the aroma. Gosh, this steep still doesn’t taste like much but it’s weird. It’s like the tea is trying to taste like something but can’t quite pull it off. A little like meat, maybe, but not in a lapsang sort of way. More like a shroomy meatiness.

5. Still dark brown but no longer opaque. There is something that makes me think of gravy in the aroma, though I’m not sure why as the salt and leather is pretty much gone. Perhaps its flour? The flavor is sweetening up some, and becoming leafy. There’s no leaf flavor listed among the options except autumn leaf pile, so that’s what I’ve picked.

6. Color similar to 5. I no longer think of gravy when I smell the tea. The flavor is brighter, and I can taste the water through the tea, which I think is a signal to me to stop here. I suppose I could push it further and see if anything miraculous happens in later steeps but I’m not excited enough by this to do that.

I have to rate this less as compared to other teas since I haven’t had many pu-erhs (certainly not many recently) and more on an absolute scale.

Assuming I’m doing it anywhere close to “right,” even if this tea was still available I can’t imagine buying it again. It’s not offensive, it’s just not really there. (The Numi bagged pu-erhs have more flavor than this does.) It makes a better cold brew than hot, and it’s hard to imagine that is how a pu-erh should be.

I’m rather gratified that other reviews didn’t find much flavor in this either, so I can’t conclude it’s just me. I want to develop a taste for puerh and I’d be horrified if I was missing the necessary taste buds to do so.

On the upside, it does seem to have made my digestive tract quite happy.

There is no right or wrong way to brew puerh. Just experiment and make it how you like it. Took me a while to get my basic preferences down. You will find the zone. Do you tend to like green or black tea? That may help tune you into what type to really get into.

Thanks mrmopar. I like both black and green, mostly depending on mood and time of day.

Have you tried any Menghai shou yet? I have some YS shengs that are getting nice as well.
I would probably stick to big factory or our top producers active on here, Shou is real tricky if not produced correctly. Good shou won’t have all the off notes to it. I normally won’t drink shou younger than 2 years old so it has had time to settle.

I don’t think so. I have a number of samples and also a few cakes but I haven’t broken them out yet. I intend to get on that soon. :-)

Hahaha! I LOVE these descriptions! Kinda how I’m feeling about the tea I’m drinking right now. It’s a little of a few things, but mostly not tasting of anything specific. :) (It could be nice with a little cinnamon stick added to the leaf. Cinnamon & shou is a favourite combo of mine.)