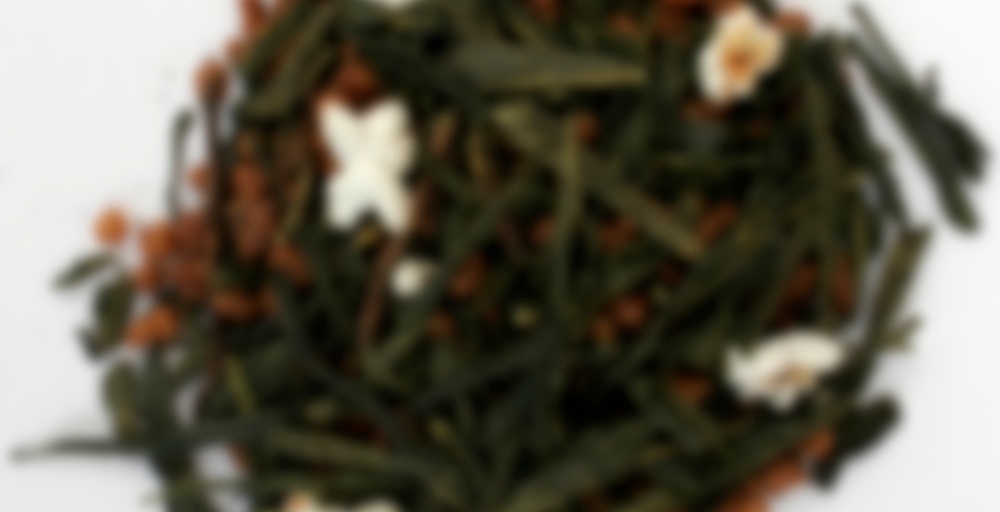 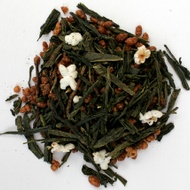 Tea with popcorn? Surely no mortal mind could have deliberately conceived such an unlikely wonder. It must have been some godly accident, up there with penicillin and post-it notes.

Just as the legendary Emperor Shen Nung was said to have discovered tea in the 3rd millennium BC when some leaves fell into his cup, legend also has it that a few years later he unwittingly invented popcorn tea while leaning over to heavy pet the Empress during a screening of one of the early Bond films. Neither story can be verified… but wait, there’s more. Tea, with popcorn and rice? Ancient alien visitors, anyone?

Possibly a more plausible explanation is that Genmaicha (‘brown rice tea’) is a favourite Japanese tea preparation. The ‘popcorn’ is actually popped rice: the blend combines green tea with roasted brown rice grains, and some grains pop during the roasting process, giving Genmaicha its unique appearance. It was originally reputed to be a paupers’ drink because the cheap rice was used to pad out more expensive tea leaves.

But these days, thanks to its naturally sweet, refreshing flavour, Genmaicha appeals to all segments of society as an ‘everyday’ tea, and it is especially popular with the younger generation and as an after-dinner drink.