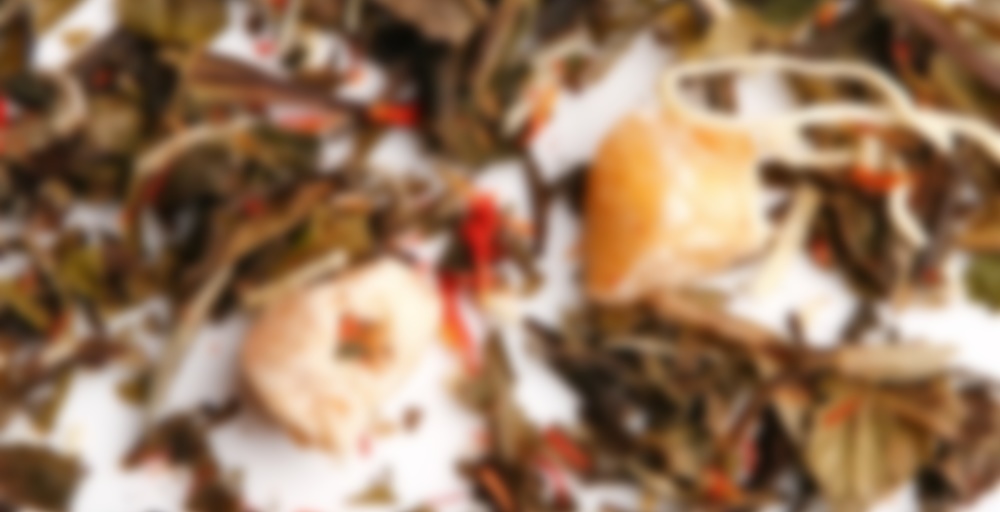 I hope the picture I tried to upload displays, because this is a really visually attractive tea. The splash of color from the red saffron blossoms is quite pretty.

In the tin, this smells like an almost perfectly proportioned blend of coconut and pineapple. Not toasted coconut. Coconut. I have had a lot of teas with these two flavors, and it’s usually the case that one dominates over the other. Which is kind of amusing, because when combined with other flavors and not each other, they seem to dominate whatever they are in. Pineapple plus mango often tastes like only pineapple, for example. Coconut and chocolate is often heavy on the coconut.

After steeping, all bets are off. I smell something toasty-roasty that is maybe like toasted coconut, but because it smelled like non-toasted in the tin, it’s hard to know. The pineapple is in there somewhere, but suffice it to say the perfect blend of the two is not what I smell after steeping. The tea is a vibrant amber color.

The flavor is definitely coconut of the toasted variety, and pineapple of the not overly strong variety. But it works! Though not perfectly balanced (the toasted coconut dominates), that’s ok — the pineapple doesn’t need to be an equal partner in this blend to do its thing in a very appealing way.

The BF and no. 1 both thought it was awesome, too.