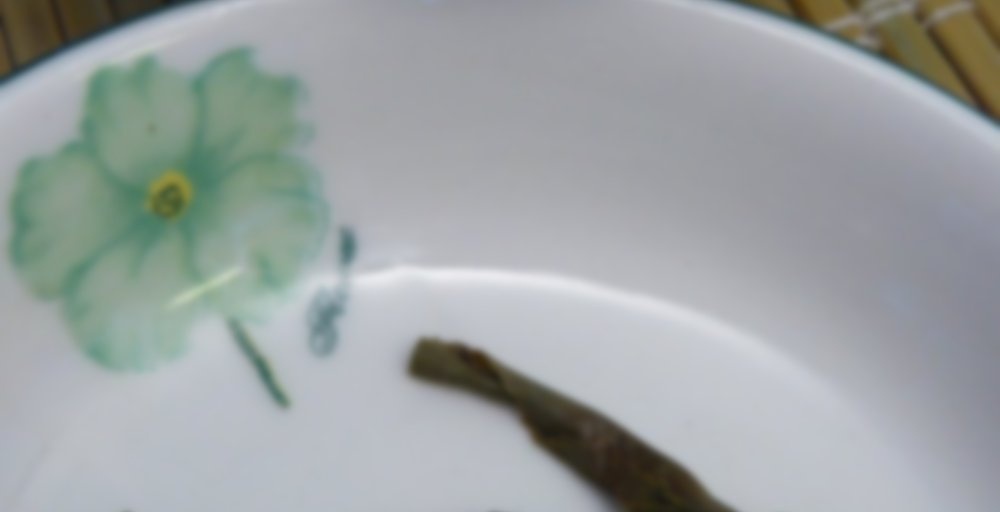 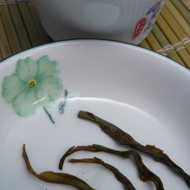 by Life In Teacup
78
You

This tea is produced in high mountain area on Mt. Wu Dong, Guangdong, China. High mountain Dan Cong varietals enjoy large day/night temperature difference and mist of high elevation, both of which facilitate synthesis of fragrant biomolecules in the tea leaves. Zhi Lan (orchid) is a varietal of Dan Cong rich of aroma.

Vessel: （same as "1a"）gaiwan or small teapot Water temperature: (same as “1a”) newly boiled water (around 95 °C or 203 °F) Amount of leaves: (same as “1b”) 7 gram for every 120ml total volume Warm-up infusion: (same as “1a”) pour hot water in the vessel, and immediately drain it. Wait for about 1min. before starting the next infusion. Time for each of the first 3 infusions (after warm-up): 5-10sec. Extend infusion time based on taste for later infusions. Most Dan Cong can well last for at least 7-15 infusions.

This is my last cup of this and I am going to savour the HELL out of it.

I can tell it’s starting to get on in age, and that’s entirely my fault for delaying the inevitable. It’s taken away much of the fruityness I remember.

It’s overall lighter and greener and fruitier than The O Dor’s, which is considerably sharper and more “black”. This is why Life in Teacup’s is still my favourite, and I have plans on buying more. Probably once I run out of The O Dor’s, though, as I’ve been cutting back on my Tea Expenses so I don’t bury myself.

Today, I tried for the first time ever brewing a dan cong in a mug. It took a lot of courage. My routine way of brewing dan cong is with a small gaiwan or teapot, 3-4 oz. of boiling water, vessel almost fully packed with dry leaves, 5-10 seconds short infusions – everything different from mug brewing.

Today, I used about 20 long strip leaves of my Hign Mountain Zhi Lan (orchid) Dan Cong to cover 2/3 of the bottom of my glass mug, and brew the tea with boiling water. This amount of tea is tiny compared with my usual dose. The infusion time (a few minutes) is super long compared with my usual dan cong routine. I wasn’t sure at all if this would work, but it’s always fun to try something new!

The outcome was a nice surprise. Tea leaves “danced” for a couple of minutes and then all sank to the bottom of the mug. Initially the liquor was a very light honey brown color. The first a few sips were rather light flavor. I guess I could have waited for longer to allow more infusion, and I could have used more leaves. By the time when I nearly finished the first infusion, the liquor started to yield very rich and interesting flavor. The flavor immediately made me think of lychee and sweet, juicy peach. The aroma rose all the way to nasal cavity and the sweet aftertaste lingered in the mouth.

The second and the third infusions were the best, fruity and sweet. After that, the fruity aroma became weaker, but still long lasting. I re-infused the same leaves in the mug again and again, for 10+ infusions. By the end, the flavor was much weaker, but never seemed to be exhausted. Some tea leaves were still half curled, not completely spent yet. That’s what’s great about high mountain dan cong – after a dozen infusions, some of their leaves still look very new. Another prominent feature of dan cong is the lingering sweet aftertaste. By the end, I couldn’t tell if the flavor was from the tea liquor, or from the sweet aftertaste in my mouth which resulted from previous infusion.

The main reasons I had rarely thought of mug brewing dan cong are, first I thought long infusion might cause bitterness; and secondly I thought diluted liquor would fail to bring out the unique fragrance of dan cong. But it turned out the diluted liquor just eliminated the possibility of bitterness. I wonder if it’s because some contents in the tea are fragrant and even sweet when diluted, but are bitter when highly concentrated. Besides, dan cong’s aggressive aroma can hardly be overshadowed by anything, not even when the tea is brewed in a diluted way. Overall, it was a very pleasant experience! For people who have heavy flavor on dan cong, probably mug brewing will be a little bland to them. But I guess if one likes green tea, s/he will find mug-brewed dan cong very flavorful.

Also I have to say, even when brewed in a relatively diluted level, dan cong is still very strong. I guess these 20 something dan cong leaves will keep me up long after the midnight tonight