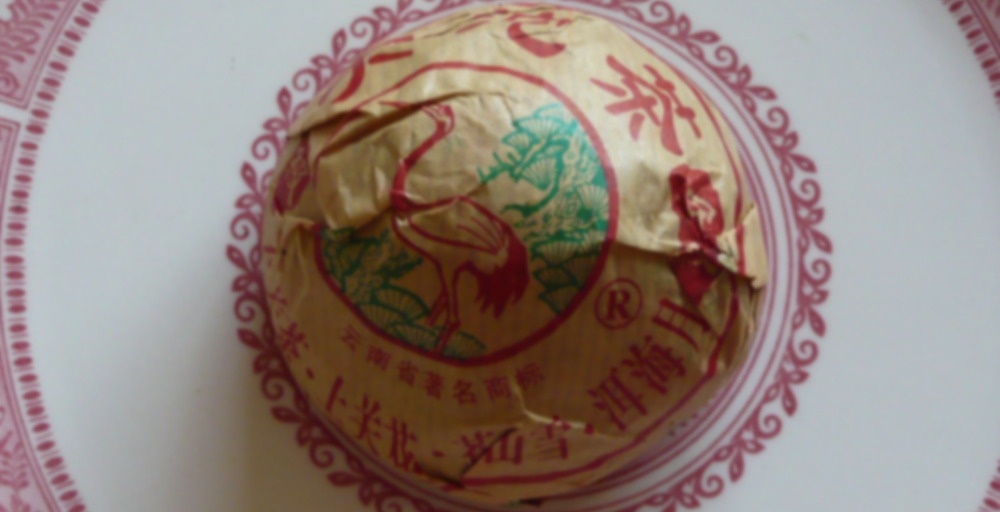 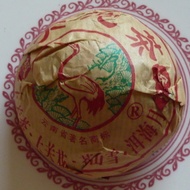 by Life In Teacup
73
You

Xia Guan Tuo, is the legend of “people’s” puerh. By people’s, I mean, it is one of the least expensive yet excellent puerh. (I should also mention many people don’t believe Tuo Cha should be put in Puerh category, although most people do call Tuo Cha puerh. Nomenclature of tea is a jungle, so let’s not get there!)

I am very glad to have obtained this 2004 Xia Guan Tuo, because in my eyes, new Xia Guan Tuo is simply undrinkable. It’s one of the excellent teas, but it’s undrinkable when it’s new. At least I can’t bear with the smokiness, astringency and possible bitterness in its new tea. Then, time changes it. A 5-year-old Xia Guan Tuo is still relatively in expensive, but now it is very enjoyable and still very strong.

The dry tea has a nice smoky aroma. It smells almost a little like Lapsang Souchong, smoky and plumy. The tea block is much easier to break than new Tuo, (many people say, new Xia Guan Tuo is such a hard rock and can serve as a weapon!) I used a 130ml teapot, and dry tea leaves about the same size as one and half Triscuit. The first infusions were about 15sec each. The tea is very strong. It is lightly smoky, in a pleasant way. There is very prominent prune aroma. After several years of storage, the smokiness, astringency and bitterness of this tea have mostly faded. There are still hints of astringency and bitterness. I enjoy them at this level. They hit the tongue but don’t stick to the tongue. Very often, astringency and bitterness are what cause the sweet aftertaste several seconds later. Besides sweetness, the aftertaste of this tea also contains some fruity aroma. To me, the sip of tea provides the source of energy that hits your throat solidly. And the aftertaste is the fun part of this tea to enjoy.

A dozen infusions down the road, the tea becomes much weaker, but still stronger than initial infusions of many other teas.

I always believe tea is a luxury of time, but not necessarily a luxury of money. Puerh, especially Xia Guan Tuo, is an excellent demonstration. Five new Xia Guan Tuos of 5×100g are less than $5 in Chinese market. Since puerh tea is deadly heavy, shipping from China costs more than the tea. But still, it’s possible to get them with less than $30. If you keep them for some years, these inexpensive Tuos will become miracles! Current price of 1980s Xia Guan Tuo is many times of 2009 Xia Guan Tuo price, because Xia Guan Tuo is one of the teas with best potential of quality improvement over years. However, how many people are willing to, and able to keep some Xia Guan Tuo for 20 years? There are barely any difficult technical details involved. The most challenging part is the 20 years of time. The very fact of keeping some tea for 20 years in your primary living unit (hot attic and wet basement won’t work) means it has to be one of the priorities in your life.

Should I, and can I stock up some of this tea and keep it for another 5 years or 15 years? I don’t know. But I am very much tempted.

Interesting and informative tealog. I will be passing it on to a friend who likes Puerhs. I say go for it by the way. Buy a couple of cakes? bricks? each year and store them, like wine, until they reach a good drinkable age. You could even save a cake/brick from a given year longer and see how it compares to itself as it ages. I don’t know much about puerh but it sounds like a fun experiment for someone who enjoys it.

Thanks for your kind comments, Chrine. I guess I will keep at least 5 of this Tuo. Then I feel I would really love to have more. I like collecting things and my friend already call me a snail :-p I am afraid if such pattern applies to puerh, my house will become a disaster :-p

A tea-filled house is probably not the worst thing to have. =) But, you are probably right, not to become a tea disaster.

Lovely nest and wrapper. Tea is such a beautiful thing.

The first two times I drank this, I did not like it at all. Nothing particular that I could put my finger on, just an overall “not for me” feeling. I am new to pu-erh an. The rest of the sample sat in my cupboard for about 6 months, until recently I decided to give it one more chance.

The firs two infusions were, again, not to my taste (yes, I rinsed the leaves twice). I either put too much leaf, or else I am doing something else wrong with this tea. It was way to strong, too astringent. (both were 15 sec infusions)

HOWEVER, I somehow pushed through to the third infusion and bam! the tea became something else altogether. It’s fresh and energizing. I can’t stop drinking. I am on my seventh or eight infusion and it just gets better. I’m not good with the flavor descriptions, but this tea is good!

Now I’m still wondering what it is that i did wrong with the first 2 infusions. Anyone?
But I am sure going to be ordering some more of this. And I am going to increase my previous rating.

Maybe you just need to rinse the leaves 4 times! lol (I’m not a pu-erh drinker though)

Smokey like a Lapsang and bitter, very bitter. Kind of like hot scotch. There is an aftertaste of sour prunes and dandelion that is not entirely unpleasant.

I am only now becoming acquainted with the world of puerh. A strange place . . .

Another pu erh sample that I haven’t tried or written about yet. It has a sort of pungent, arboreal scent in the packet.

The most noticeable change in this from steep to steep is in the color. It started as a sort of apricot color and moved to a dark amber.

The flavor seemed to me rather consistent from steep to steep, and rather what I generally taste in sheng. A sort of white chocolate, buttery note. This one has a bit of sweetness to it, and also some smoke.

I don’t get the bitterness others have noted, but then I steep very short. The one time I steeped sheng long, I did get quite a lot of bitterness.

It’s a good tea. I have to say that I’m discovering I’m kind of a wimp when it comes to pu erh. The production of doing multiple steeps makes the experience less enjoyable for me. I know I’m in the minority — and the mindfulness of taking the time to steep is relaxing to some people. But for me it’s more of a chore than anything else.

Then again, I could just be feeling the pressure of all that’s going on in my life. New car has arrived and I’m going to pick it up later today!