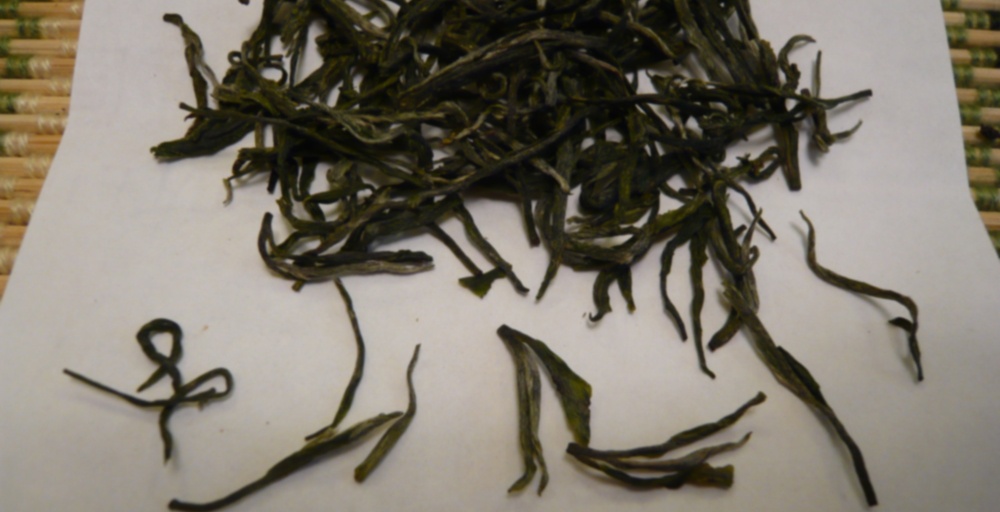 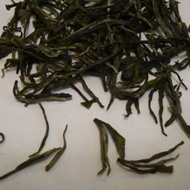 by Life In Teacup
79
You

April 2011 sample – AWESOME! I’m enjoying this more than the last sample, actually! There is a hint of something sweet underneath this smooth green! It’s MARV-uh-lussss!

Today is a two-tea kind of morning. I got this sample a while ago from TeaEqualsBliss, but I had put off trying it. For one, I thought it was a kukicha (it was the “twig” in the name), but it turns out it is not. I have enough for a cup, so I’m hoping I get this steeping right. I looked up directions for green tea on Life in Teacup’s site and have a decent idea I think. I am steeping it in my 12oz glass mug filled halfway (so about 6oz), just leaves in the cup, no strainer, leaving them in. The directions say that when the leaves fall to the bottom the tea is ready to drink, but then again I also read that this tea sinks to the bottom right away, so I don’t know exactly when to try it. I suppose when it’s cool enough for me!

The liquor is slightly darkening and the leaves are opening. It smells nutty and vegetal, with some lovely sweet notes, and the flavors are similar. Except now some bitterness is creeping in as it sits here still steeping in the mug. I have just a little liquid left, so I’m going to resteep as suggested. This steep is less vegetables, more grassy, with some other note I can’t place. With a name that includes “Orchid” I would normally expect some florals, but there are none to speak of here.

This is a fairly nice green tea, but I do feel like I’m not getting everything I could out of it. Maybe another time I will encounter this varietal again.

2011 sample. This is a crisp, super-fresh brilliant green bud tea. Juicy sweet liquor, with a nice little froth on it. Responded well to a range of steeping temperatures. This is very clean and pure. One of the nicer, straightforward green teas I’ve had in a long time. Fresh and delightful.