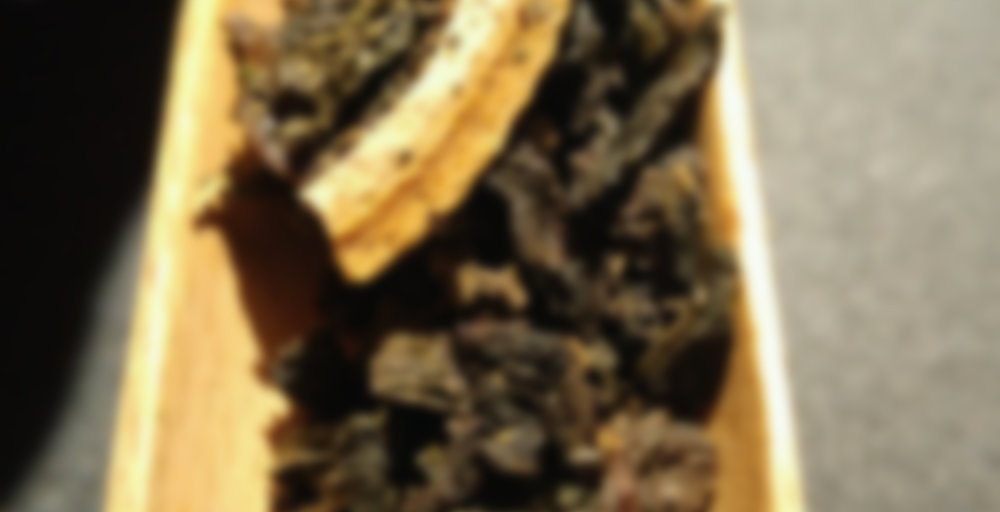 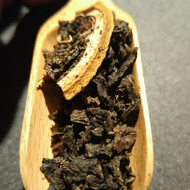 by Liquid Proust Teas
77
You

Read all about it :)
https://liquidproust.wordpress.com/2015/12/08/roasted-lemon-tieguanyin/

This is a 1999 and 2006 roasted tieguanyin blend that has been aged in dehydrated lemon for over 60 days picking up some citrus notes to cut through the light to medium roast profile.

This is an ugly tea from the appearance as I broke the tieguanyin and lemon up.

This tea is suggested for those who are experienced with oolong and how they prefer to brew them.

Listing is for one ounce.
Meet the

Another of my older LPs, finally seeing the light of day. One thing I’m quickly realising about this challenge is that once it’s done I’m going to have a lot of opened things to sip down. I’ll likely need another challenge just for that!

LP says that this one is a blend of 1999 and 2006 medium roasted tieguanyin, aged in dehydrated lemon for over 60 days. He also says it’s an ugly tea, but I find the lemon segments quite beautiful in their own way. I used 1 tsp of leaf for my cup, and gave it around 2.5 minutes in water cooled to around 180. It smells like lemon pie that’s burnt a bit in the oven, and it tastes quite like that too.

The TGY brings a pretty toasted taste to the initial sip, and it pretty much as you might expect from any roasted oolong – a little brassy, perhaps, but pleasantly so. I was expecting more pungency, but it’s really very palatable. The lemon almost explodes in the mid-sip, in a bright, sunshiny burst. The tangy, sour citrus cuts through the toastiness in a swathe of wonderous efficiency. It’s a pairing that works really well, perhaps somewhat unexpectedly. I feel like lemon is an accessible flavour, whereas TGY perhaps isn’t so much. I hope it encouraged a few of the less experienced oolongers to give it a go when it was on sale.

As the lemon wears off, the tieguanyin flavour returns in full force and lingers well into the aftertaste. It’s a pleasing contrast, and an inspired pairing. I’m glad I’ve got plenty more!

I was curious about this one, and Andrew kindly gave me a pouch. Thanks, Andrew! :)

I’ve only had one TGY before this, and I like this one a bit more. I like the lemon in this. Part of me wishes there were more. I’m on my first set of steeps, and if I really desire more lemon, I’ll add some lemon juice to it. I do get some of the roast in here, but it’s not overpowering.

Thanks again for this, Andrew!

Thank you Andrew! This was quite lovely. And I got it right after I ranted about how particular I am with Dark Roast Tie Guan Yins. Lemon pie is what I smell. Like a fairly cooked and crispy lemon pie.

That’s also how I can approximately describe it. Lemon really takes a balanced control of the taste being simultaneously tart and sweet. The body is on the lighter side, but the mouth feel was a little bit thick. At least for me. I get bits of roast and char in the background. Again, the more cooked aspects of this tea reminded me of a pie a little bit. In some ways it reminded me of a fattier lemon tort or cookie. It really has a more savory quality that I can’t quite accurately describe, so I’m just calling it savory for now until I can think of a more precise adjective. I over-describe with sensualist language anyway.

I definitely think it is worth a try and it certainly made me like dark roast Tie Guan Yins a little more. But like Andrew writes in the description, it really is for more experienced drinkers. At the same time, the lemony quality might convert a curious few.

I hope that this review is somewhat helpful. That said, I brewed it at 190 F, steeped it five times, and started off at 50 seconds in three ounces.