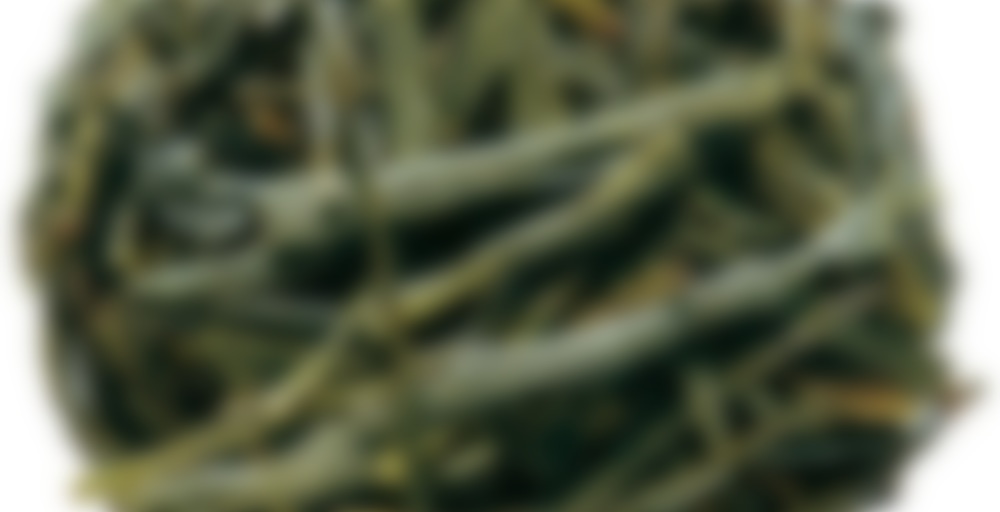 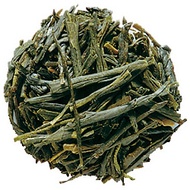 I tried all my Lupicia senchas on the same day, so I’m going to compare them to each other.

So far, this tea smells nearly identical to Sencha “Chiran” with just a hint of spice the “Chiran” lacked. It tastes better than “Chiran” to me too. I’m not sure what that spice is, but it complements the tea nicely. I don’t think anything has been added to the tea actually. I think that “spice” is just part of the leaves.

I’m not a sencha connoisseur, so it’s hard for to describe it any other way than “spice.” It’s a definite improvement over the “Chiran,” but I still probably wouldn’t drink it often.

(For my thoughts on the third sencha, see Sencha “Matsuri”).

Pleasantly grassy aroma, a medium green color that tends slightly towards amber. To my pleasant surprise the resulting tea is not bitter at all, as senchas brewed too hot tend to be. An excellent cup!

Fifth tea from the sample pack.

I have never tasted tea from Nara before so when I was preparing this, I was thinking that this tea should be a quite nice and interesting experience. And I was right – in a sense.

The tea leaves were a bit tinier than normal sencha leaves, but not quite like fukamushi leaves. Therefore I expected a quite strong sencha, not bitter, but strong and rich in taste. Instead I got a result very similar in taste to kukicha. The taste was both refreshing and sweet, including a slight touch of citrus. However, since I was expecting something stronger, I could not help to think that it felt really thin.

From now on, I will read Lupicia’s descriptions in Japanese, since they provide much more information than the English ones (that I tend to read since I am lazy and do not always want to translate and read Japanese). While the English description says “Tea produced in Nara prefecture. Thin tealeaves makes refreshing aroma”, the Japanese version also mentions, not only this, but that the tea will taste a bit thin. Apparently, it is like you can feel the silent night under the moon. Had I known this maybe the experience would have been a bit different.

The tea itself was quite good, but I am not sure if I would buy this when I can get loads of good kukicha for under the same price.

Another one from my bagged sample pack!

This one smells like fresh grass out of the package. The aroma of the tea is sweet and has a veggie or sweet potato aroma to it. The flavor is nice. It’s strong. It reminds me of raw greens.. like spinach or something. I think if I ever get the opportunity to try this again I’ll have to try it at a lower temperature. There is a slight bitter note to it.

I’m trying to try all my Sencha samples back to back. I drank this last night. While I liked it, it’s my least favorite. I would say that this tea is like a nice, high-quality basic. It’s almost buttery in texture, not very grassy, not very bitter.

I prefer my higher end teas with a little flourish. If I were to buy a Sencha from Lupicia, I would stick to Sencha Omaesama or Sencha Tanegashima.

This is a very good sencha. While I’m not the biggest fan of sencha and have somewhat limited experience, this one was more enjoyable than most of the others I’ve tried. The aroma is deeply fragrant, a little roasty as well as creamy, with something fresh and intensely green that reminds me of a forest. (I keep saying that teas smell or taste “green” or “purple”—maybe I should just say they taste like chlorophyll and anthocyanins!) It brews up to a bright green color, and tastes quite lovely—with an infusion of 1 min as recommended, it comes out to a very mellow, balanced brew. It has a rich and savory, almost buttery mouthfeel, verging on umami. The grassiness is light and not bitter. The aftertaste is bright and fresh, almost citrus-like. The description on the package said it was reminiscent of a moonlit night, and in a way it is very soothing and brings up images of nature. This is one I would be happy to keep on hand!

My first time trying this sencha from Lupicia. The tea is a deep green color with a nice amount of matter in the bottom of the cup (not too much, not too little). The tea is grassy with a full, round, mellow flavor.