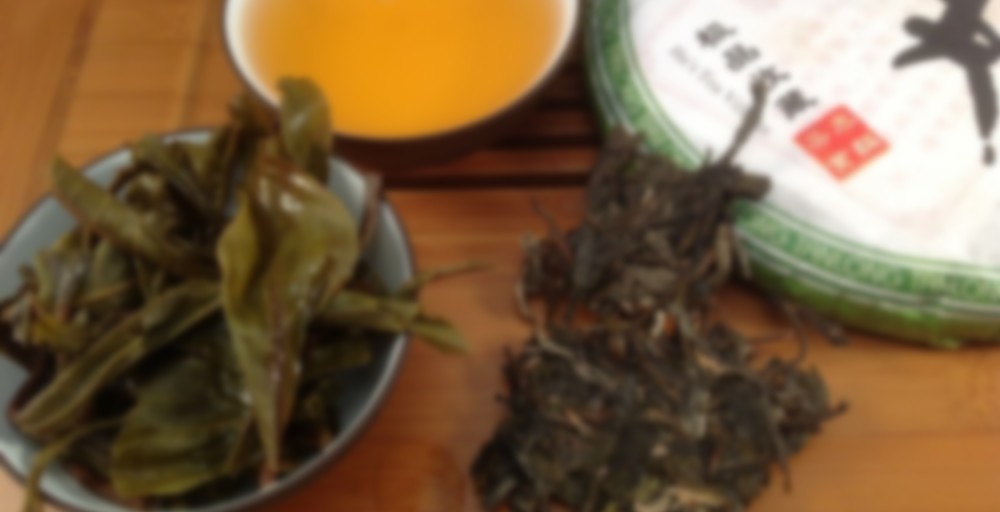 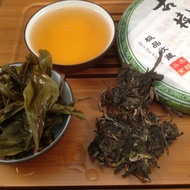 by Mandala Tea
78
You

The Tea leaves from this cake were collected by Mr.Li from Hu’s Village in the Snow Mountain Region, near MengKu, ShuangJiang. Hu’s valley is located at the “arm” of the BangMa Snow Mountain, 2000 meters above sea level. It is next to the famous tea village “BingDao” and it is one of the highest latitude tea villages in Mengku region.

The dried tea leaves from the Hu’s Valley are dark green with shiny texture. Local people call Hu’s tea “The Big Dark Leaves”. The tea soup has a very bright amber yellow color, with scents of orchid and wild honey grown in the area.

In 2008, the tea market crashed and the tea prices dropped significantly. The ancient tree raw tea leaves were even cheaper than vegetables!
The tea villagers got very desperate and held a meeting in the village. They decided to cut down all the trees , including the ancient tea trees. Why? They wanted to grow agriculture products for living instead.

After saving the ancient tea trees, Mr. Hu decided help the villagers with their financial problem, Mr.Hu decided to loan villagers money to build a Raw Tea Leaves Processing House (ChuZhiSuo), so that the villagers can conduct the “kill green or pan fry” process to prevent green leaves from turning bad. In return, Mr.Hu signed agreements with the villagers to buy up all of their production.

Since then, Mr.Hu collects the ancient tree tea leaves from the Hu’s valley every year, and the villagers can sell the younger tree loose tea to tea factories in town.

After a few years, the villagers benefited from the rising tea price. They built concrete roads to the town, built better houses with concrete and expanded their tea production houses. Now, the concrete road between the town and village provide a safer passage for the villagers in harsh weather. The villagers can continue to do trades in the town during rainy days and the children are able to go to school on safer roads. Mr.Hu told us that this village is his secret tea spot, that has lots of natural resources. The taste of the Hu’s Valley Ancient Tree Tea has a very strong aroma of wild honey which gives the tea an unforgettable taste of the snow mountain.

The liquor has a bright amber-ish color. It’s aromatic with a light orchid and strong honey aromas. The tea leaves are dark green. I was reading the interesting story behind this Hu’s tea “The Big Dark Leaves” on Mandala’s site while sampling this. How Mr. Hu saved the ancient tea trees during the 2008 financial crisis. Pretty interesting stuff. ^^

Back to the tea hehe… Although the aroma was a strong wild honey smell, the taste of honey was light, delicate. Very mellow floral, wood, sweet notes. I enjoyed the first and the 4th steep but the 2nd and the 3rd were very bitter. My dad, if he was alive, would have loved it, it reminded me of this “delicious” soup he used to make, made of bittermelon. I ate everything he cooked except that soup lol, no matter how much he tried to gaslight me saying how “delicious” it was. He was born and raised in the Philippines so he cooked all of their authentic dishes but that was the only one that I could not eat, no matter how much rice I put in it.

So this tea isn’t for me, although I’m generally a sheng over shou type of Pu’er person. It’s just a little too bitter. If I ever get another sample, I’ll try to lower the temperature and play around with the brew & see if I can make those honey notes sing instead of the bitter notes.