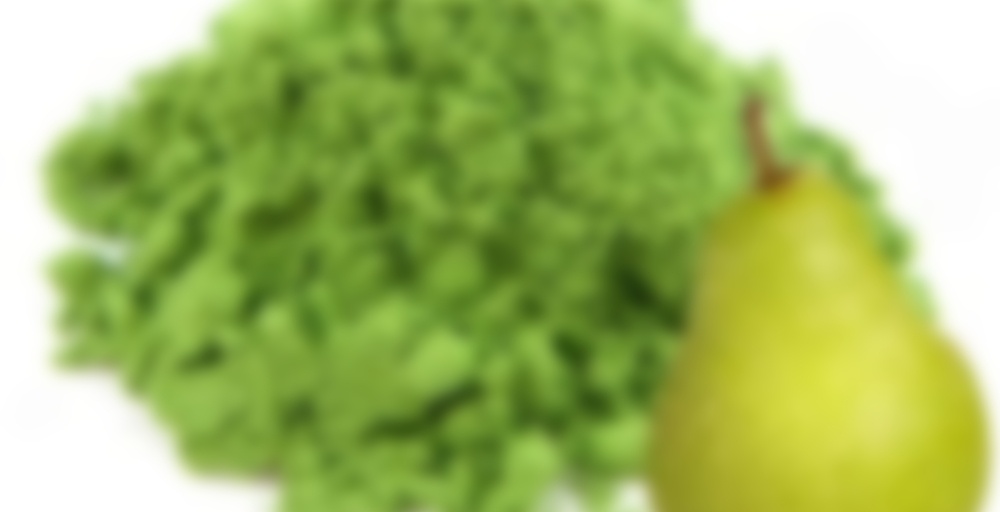 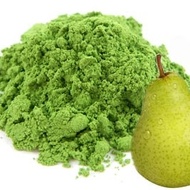 by Matcha Outlet
78
You

Pear matcha is a sweet-tasting drink that provides excellent reason to keep people together. This is because, the delightful taste of pear matcha keeps people wanting more because, the exquisite blend of ripened pear and matcha combine to make a tea that excites the palate with it invigorating flavor. Pear matcha is the drink for all seasons and reasons.

In many social gatherings, where people are judged by the variance in their herbal tea offerings, pear matcha stands in its own class because, it can be taken as both a hot beverage or a cold drink. This means that, its sweet taste can be savored through a steaming mug over a blazing fire on cold days or as a ice-cold drink over a barbecue on any hot day.

Pear matcha makes a great accompaniment for meals or snacks. Its fruity appeal makes it ideal as a mid-morning drink to keep the juices flowing, a lunch-time accompaniment to excite the palate or as a refreshing after dinner beverage to relax and enjoy mother nature’s bottomless bounty. Since it’s taste lingers on the palate, pear matcha is the best drink for those who want to sample the special flavors of nature’s pear fruit.

Finally had time this weekend to have a smoothie. I’ve got some major work to do this weekend at the house and for work. Thought I’d kick off sunday with this to brew up some enrgy while I tackle the house stuff while my other half is at work. That way we can hit the gym when he gest home! woot! Discovered that I managed to not gain back any weight while we were on vacation and taking 2.5 weeks off of the gym. Even while on an “all you can eat” cruise :)

Wow! That is amazing!

Seriously…when I stepped on the scale I was like.. WTF are you kidding me? YAY! I think I’m finally starting to get the hang of this gym thing. Now my goal is to get to under 10 min miles. I’m sure Kittena could whip me into shape though lol blah running…

I always gain my weight a week or two after I get back from vacation… but you’re past that point so yay!! what’s your secret lol

You think that’s bad, trying WORKING on a cruise ship for 6.5 months and having all the food you want at ALL times. You have to get creative with exercise. I found taking the stairs a lot helped ;)

Hahaha, I haven’t been running much. Ran those two races and that’s about it. I need to start getting back to the treadmill! I think I run just under 10 min miles? I can do a 9-min one, I know…

Oh my! OK, believe it or not, I think I’ve found a new favorite Matcha. This is SO GOOD. Definitely my favorite pear tea, if not my favorite flavored Matcha … and this one battles it out with the caramel, I think.

The pear flavor is so genuine. It tastes like PEAR. Sweet, juicy, succulent pear. I ordered the basic Matcha with the distinctive level of flavoring, and it came out stunningly good.

Ohh I was curious about this one! Thanks!

I’m waiting for my first order from Red Leaf to arrive, and you and Azzrian are already making it hard to decide what’s next!

Oh man I want this!

Hmm that does sound good, I am not crazy about eating pears, but have had juices and pop with pear juice or extract in it, and like it. I would love to try the apple, I love eating apples, but cannot drink cider or much apple juice. I really miss having hot apple cider in the winter, maybe this could be a substitute. lol ok sorry for chattering about a different product.

Now you must mix your favorites to create caramel pear matcha.

Yeah, I probably will try that. It should be pretty incredible.

sampler packs would be great.

In my previous Red Leaf Tea orders, I’ve dived into the dessert-y flavors first. In this batch I got Bavarian Cream and Cookies & Cream, but for some reason I’ve really been feeling like fruity flavors recently. The Coconut Matcha last night was such a success, so I decided to try Pear for a little burst of energy this afternoon.

As a side note, I don’t usually find myself too affected by the caffeine content in tea. I will drink a cup of strong black in the morning if I have to get up early, but I think it’s more the flavor and briskness that perks me up. I can drink caffeinated teas late at night with very little effect. However, for some reason matcha is very different! I have a weird sleep cycle, and I’m often very tired after waking up well into the afternoon. A cup of matcha, though, makes me feel wide awake! It’s really nice to be able to have something that makes me feel refreshed that isn’t espresso—-which works for sure but makes me jittery. Matcha, though, gives me a caffeine boost with no jitters! Oddly enough I can still drink it at night though, usually as a hot latte it’ll have the same effect as warm milk. I think the only explanation is that matcha is made out of magic. Perfect, delicious, magic.

Anyway, my Pear Matcha was composed of the following:

And you can find it here: http://www.redleaftea.com/matcha-tea/pear-matcha.html

Much like my Watermelon Matcha, this smells a little artificial when you first open the bag. Like pear hard candy—which is pretty hard to find, but it does exist! It actually kind of reminds me of Japanese pear gummies, which are quite tasty but, you know, candy. However, I chalk the smell up to it sitting around in a bag for a while. It seems to happen with some teas, like the smell gets trapped in there and it smells way different than how it tastes.

I made this a bit differently than usual. Sifted it into a mug, added a bit of sugar, whisked in 2 ounces of hot water. I’m so anal about the amount for the “starter” portion: I always measure out exactly 2 ounces! As if, you know, a little more or less would really hurt haha. I guess since I am still new to matcha, though I’ve tried quite a few flavors, I am still very particular when making a cup. I added cold water and some ice cubes after—I was tempted to do a latte, but I am both low on milk and didn’t know if milk + pear is really a good idea. I DID do the coconut with milk, but then again coconut and creamy go together in my head when pear really just doesn’t.

Anyway, this definitely has the fresh pear taste LiberTEAS mentioned! Juicy and delicious, but I do find it a bit more artificial (and really just a bit) than the other ones I’ve tried. Maybe I just added a bit too much matcha to the mug? However, it’s what I usually use so I’m not sure. It’s really good, just not one of my absolute favorites I’ve tried from them. I mean they can’t ALL be my favorite, right? I think I’ll try mixing this with caramel next for a more dessert-y feel!

Can you tell I got my awesome Red Leaf Tea order today? WELL I decided to try pear because I’ve nothing but great things about it. And you can find it here:
http://www.redleaftea.com/matcha-tea/pear-matcha.html

When I opened the package I got a fruity burst of pear in my face! Mm it was delightful. It made my whole apartment smell like pear. And it only took me about 27 minutes to figure out where the smell was coming from. As I’m sitting here waiting for it to cool all I smell is sweet, sweet pear. It is pretty fantastic.
Ok. Here goes the first sip… Red Leaf has done it again… This pear matcha is extremely delicious! It tastes like a really, really ripe pear. Like when you let it get to it’s ultimate point of sweetness. It’s so sweet and juicy! Once again I got the “delicate” flavor option but I really feel like it works. The flavors don’t hide behind each other in this one. They work together to create this fabulous fruity, vegetal flavor. The juiciness of the pear brings out the natural sweetness in the matcha. This is a very unique matcha and I’d recommend it to anyone! I will leave the link for you:
http://www.redleaftea.com/matcha-tea/pear-matcha.html

So long pear matcha. You made for a tasty addition to my cupboard and though I am sad yo see you go, I really enjoyed my pear matcha smoothie. Thank you Roswell Strange for sending it my way.

Ooh! Pear sounds good for a smoothie! My bananas are finally ripe and I’m stocked on milk and vanilla ice cream so the challenge is now deciding what to make smoothies with. I hadn’t ever considered pear! I’m looking at Strawberry/Banana or Pineapple/Coconut – or possibly putting a dent in the massive amount of Belgium Chocolate & Caramel I want to get rid of… Help me decide!

So coconut was AMAZING in my smoothie when I had it. Caramel was also quite good and clearly I liked pear too. I have not tried Belgium chocolate though. All of those were mixed with milk, a French vanilla smoothie mix, and a frozen banana. If I were you, I would go with caramel just because it is a great way to use it up.

Also, pear made sense to me but I am still hesitant about watermelon. That seems strange but I suppose it could work.

The banana matcha is good in smoothies!

I had a peppermint and chocolate smoothie and that was intense. Honestly, coconut was soo good. Cheesecake would probably also be nice.

Just cranking this one last note out from my queue because I know it’ll be a short one – and I need to make a bit of progress even if the dashboard isn’t updating regularly right now.

I cold shook some of this in a Milk 2 Go Vanilla Milk – it was delicious just like I remembered it being the first time. Pretty much just a very thick, full tasting rich pear/vanilla milkshake type drink. Perfect level of fruity and creamy and sweet.

Don’t do this in straight up milk folks; it doesn’t work. But vanilla milk? And vanilla pear? You want to try that. It’s good. Really good.