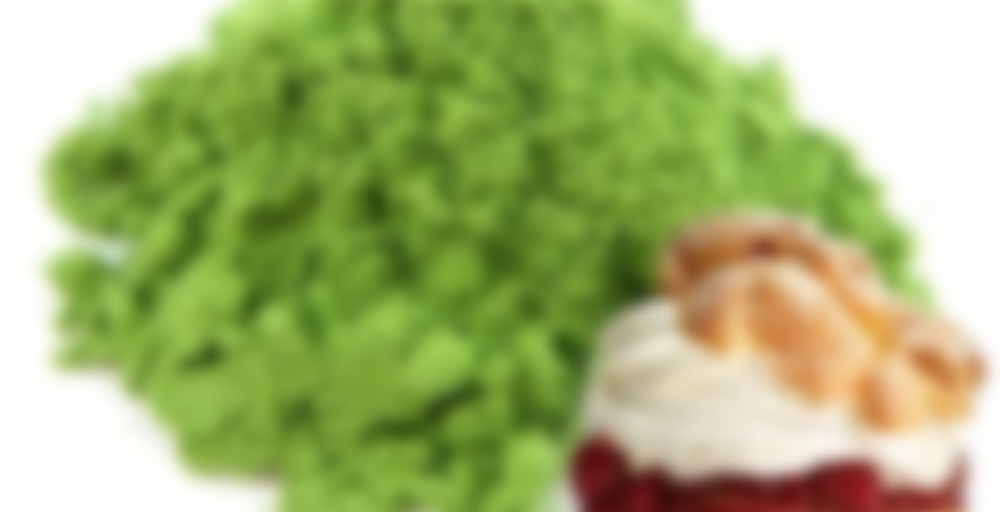 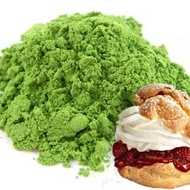 by Matcha Outlet
78
You

Nobody can resist the tantalizing taste of tangy raspberries with a twist of mouth-watering fluffy cream. Adding exotic Matcha to this mix only makes this culinary delight even more exceptional, balanced and truly sumptuous. Depending on the mood and the season, Raspberry and Cream Matcha on some days, can leave a sweet aftertaste while on other days can be more tart and bold on the palate. Irrespective of its exciting versatility, Raspberry and Cream Matcha is a treat that easily blends in with its varied takers and any occasion. This makes this lip-smacking treat a must-have in the refreshment alternatives for all kitchens.

Given its beautiful bright coloring and unexpected taste, this delectable treat is a favorite among young children who delight in discovering new tasty snacks for their growing palates. It can also hold its own among more adult audiences who want to feel alive and adventurous as they expand their more experienced palates. This is because, Raspberry and Cream Matcha is interpreted differently by different people and this lends to its true appeal. On special occasions where there are mixed audiences of both young and old, Raspberry and Cream Matcha lives up to its name of adding a new delicious twist and leaving its many takers begging for more. Its ability to bring the element of surprise onto the table can easily keep Raspberry and Cream Matcha at the very top of the best-loved treats list.

For those wondering, matcha and yogurt are quite delicious. I went with this one because I wanted something with a distinctive flavor so I knew how prominent the matcha would taste when mixed into the yogurt. Plus, I thought the tang of the yogurt would combine well with the raspberry and I was right. It was raspberry, it was creamy, it was awesome!

Thank you :). I would certainly recommend adding some matcha the next time you have yogurt. It was like a cold latte but creamier and with a delicious yogurt tang. I imagine cheesecake matcha would probably benefit from being enjoyed this was.

This is a great idea! How much did you use of the matcha?

I used 1/2 tsp for a single serving yogurt cup.

Ooh, that sounds delicious! I wish I had my matcha samples left to try it out

That sounds really interesting! Did you use a plain yogurt or vanilla flavored?

My matcha was composed of the following:
Size : Small
Matcha Quality: Starter (Basic Grade)
Flavor: Distinctive
This was one of the flavours I picked up as part of a buy 3, get one free pack. I’ve tried the raspberry truffle from red leaf before but i really didn’t like it. I had hoped it was the chocolate flavouring in that one that set me off, so i decided to give this one a shot since i do love raspberries!
I have to say, when opening this up, it smelled so much like that weird artificial smelling raspberry flavour. I sighed a little and hoped for the best. Since this was raspberry & cream, i figured that i’d start this off as a hot latte.
First sip? It’s a little bitter and not quite as raspberry like as I want it to be. So for the first time ever, i added a tiny bit of sugar to my matcha latte. WOAH! did that pop everything into place! It brought out the raspberry taste and seemed to let it blend in better with the milk. I’ll have to remember that for some of my other lattes as i make them this fall. Lots of flavours to try from redleaf! Given my experiences with raspberry trufle – i highly recommend trying this one first, and then if you really need that chocolate taste, add some chocolate matcha or something to this on it’s own…or maybe a chocolate milk latte….hmmm now there’s a thought!
Buy it here: http://www.redleaftea.com/matcha-tea/raspberry-and-cream-matcha.html

Holy hannah, this matcha is SWEET. I mean, there’s no sugar in it as far as I can tell, but the flavouring is really candy-like.

I made some of this (from VariaTEA!) into a white chocolate matcha latte today, and although I used less white chocolate than I do for my plain matcha white chocolate lattes, it’s so sweet I actually can’t finish it. I drank about 3/4 of my latte while it was still hot.

I still really like the flavouring (it’s distinctive, I think), but WOW. No need for more sugar.

I guess I’ll have some tomorrow, but just shaken with almond milk… :)

Oh no. I am sorry this was too sweet for you. The sample I shared with you was from Sil and it was distinctive flavoring. Perhaps I should have sent the delicate flavoring instead.

Sil gave me some of this before, actually. I do like it! Really! I just thought I’d be “clever” and make it into a white chocolate latte. :)

Well it does sound appealing.

Thank you Lala for this sample.

It’s Matcha Madness Monday and this mornings matcha is Raspberry and Cream in robust flavour. I love having matcha on Monday mornings when my soy milk is delivered, I used to be allergic to milk as a child and still to this day if I drink cows milk it gives me a painful, bloated stomach. So even though I am not vegan I use soy milk though I’m not sure if that makes my matcha late’s any different in taste compared to a cow milk one? No idea but thought I would mention it anyway.

So, this matcha does smell very sweet and like raspberries but there is something there hard to describe other than artificial. Reading Lala’s review she also said there is a chemical smell and honestly I smell it too. It’s not terrible but not the nicest matcha to enjoy the aroma of.

Some quick whisking and tada I have a lovely iced matcha late.

My first few sips reveal a sweet raspberry flavour that is rather on the subtle side despite being the robust blend. It does taste creamy too but it’s very hard to determine if it’s the blend or the soy milk. The green tea is mild in flavour but noticeable in the after taste.

Compared to Red Leaf Teas – Raspberry Truffle this Raspberry and Cream blend is much softer and lighter which can be good but I just don’t like it as much personally. I’m not usually a fan of chocolate anything (I have a savoury tooth instead of sweet) but it seemed a better fit for me than the cream.

On first smell of the dry matcha, I was a little concerned. It did not smell anything like raspberry. I thought there was quite a chemical smell to it. But I went ahead and brewed it anyway. From experience with Red Leafs flavoured matcha, I find the smell is not always indicative of the taste.

I got this was as robust flavour in classic grade.

I decided to make this one as a latte. I thought it would fit good with the raspberry and cream flavour. I used 1/2 tsp and a bit of sugar. I dissovled it in warm water. As soon as the water hit the matcha, I got a whiff of raspberry. Then I mixed it with about 6 oz of warm frothed milk.

The smell of the brewed matcha, is still not quite raspberry, but the taste can only be described as delicious. It does taste like creamy raspberry. It also seems like there is a nutty and cinnamony taste as well. Absolutely delicious.

I bought this to have cold at work. So I will need to do some experimenting to see how it will taste cold.

You can find this matcha here: http://www.redleaftea.com/matcha-tea/raspberry-and-cream-matcha.html

Another sample from KittyLovesTea wonderful travelling box. This seemed oh so tempting and I was just in the mood for a matcha kickk.

But this turned out to be a total dud. I am all for raspberries in tea, but this smells totally artificial to me and actually the one thing it reminds me of is medication. Underlying tea is bitter, though I admit I might have screwed it up.

Let there be no mistake, this is an old matcha and as such is does taste stale.

With that said, I’m not really opposed to a bit of a stale taste in my matcha – as weird as that sounds. I don’t jive with the taste of fresh matcha as strongly as I think others do, though I don’t mind it. So a bit of an off/faded matcha flavour with the rich raspberry and silky cream notes of this tea are still pretty good in my opinion. Not great – but manageable, and still worth drinking.

Matcha smoothie before work! I added 1 teaspoon of this to 200ml of coconut milk and 1 banana. The result is super sweet but pretty tasty! The raspberry is pretty subtle, but more prominent than the coconut. It’s like a raspberry banana cream pie has been liquefied. The super sweetness is starting to hurt my teeth, but I gotta blame the banana for that – it’s overripe, starting to get a little black in places, and I prefer my bananas still a bit green. Good energy boost to start the day, though!

Oooh, that actually sounds like a great smoothie idea :o What did you use to blend it all?

Hey you! I use this one: http://direct.asda.com/george-home-twist-go-personal-blender/001585547,default,pd.html and it’s great for smoothies. Better than some of the more expensive ones out there too!

Marvellous – may have to give it a look… :D

I highly recommend it!

this is awesome. i snagged this with the redleaf 5 for 7 deal.

with summer compressed classes i start my day with a smoothie…. this morning i broke into this bag of matcha. it was great! frozen fruit, aloe juice (unsweetened), scoop of greens powder, 1/4 of a cucumber, coffee cream (instead of yogurt), scoop of this (or other red leaf matcha). i’m good for the day!

9 hours of classes, hitting the gym bulkier with muscle but leaner in the gut- happy day!

if you want a real brain breaker do this but chuck in half an avocado. so awesome! redleaf- i’m a huge fan, and i really don’t see that changing =0) (you’re very, very good with or without the smoothie).

I love avocado in my matcha smoothies :)

Yup!!!
Hopefully it will last me a while….hahaha

By the way, I didn’t know you had an auto immune disease…
I have four~Lupus, Diabetes, Sjogren’s and Rheumatoid Arthritis.
I also have Sarcoidosis…I think that is auto immune,but unsure…