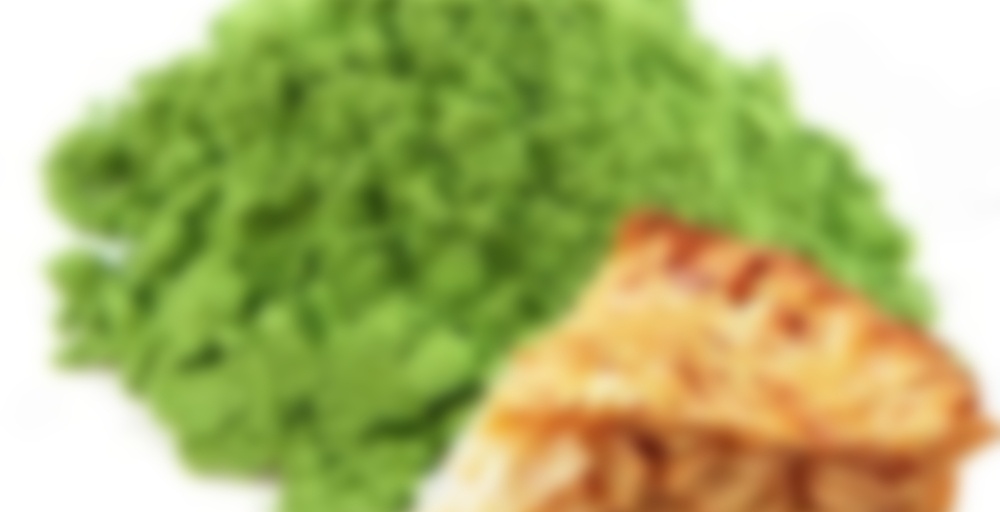 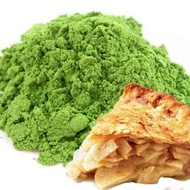 by Matcha Outlet
76
You

Everybody has experienced the sweet yet pleasant and tart taste of delicious fresh apple pies. The way they melt in the mouth is a sensation worth reliving over and over again. Making them more interesting by adding exotic Matcha gives them a bold feel on the palate that leaves a wonderful aftertaste. Apple Pie Matcha is a treat for the adventurous at heart who are not afraid to go the extra mile in delighting their palates with new and exciting twists for their popular treats. This delectable treat can be particularly pleasing around any audience feeling festive where people are willing to experience fresh sumptuous alternatives.

In an assortment of snack alternatives, Apple Pie Matcha can be easily remembered for the bold twist it leaves on the palate. The familiar and well loved taste of apple pie is not lost as it is combined and enlivened with a hint of Matcha’s velvety touch. Apple Pie Matcha is a treat that would also be perfect around the bedside of the ailing because of its invigorating aroma and the refreshing aftertaste it leaves. On those special occasions or secret locations when people appreciate the element of surprise in their daily activities, an Apple Pie Matcha treat never disappoints. With its bright and attractive coloring, mouth-watering aroma and unforgettable taste, Apple Pie Matcha is designed to make the good times even better.

I just dumped my dinner all over the kitchen counter :(. Luckily I have some extra food from the extra order Jenny Craig delivered so while I wait, I am enjoying this tasty cup of matcha excellence.

This and caramel popcorn are really ones that should not work but work oh so well. They really are a decadently tasty treat. Thank you MissB for sharing!!.

Caramel Popcorn does sound intriguing. Certainly not one I’d ever choose myself haha.

Me neither but so many people mentioned it being good that I got curious and asked for some in my swap with Cavo. I am really happy I did because it is amazing. Probably my favorite of the matchas I tried.

I finally tried some of this today. Actually, I made two cups of it, because the first was… ick. It smelled like crisp green grass (which yes, I’ve eaten), almost like wheatgrass. Much stronger than normal matcha, and just shy of chemical. Really odd smell, I must add, it’s a new one to me.

I mixed it as I normally do, in a chasen with a small amount of liquid, then adding 6-8oz of liquid, mixing again, and sweetening to taste. I want to love it, I want the flavors to just work for me, as they did for the sample I sent VariaTEA from this batch, and yet it leaves me much to be desired. I dumped it, and tried again.

Less matcha, more liquid, more sweetener. Still the icky taste is the first thing I get, although it does blend into something more palatable, and that’s the flavor I understand VariaTEA tastes – apple pie à la mode. I only found it for a second, and after a good five or six sips, I just had to dump it too.

I do wonder however if I overleafed, as I’m still feeling the rush from the matcha hours later. I rarely feel this jazzed when drinking matcha anymore.

Leaving off the rating, because I need to play a teensy bit more.

Oh no. I am sorry you didn’t like it.

This is a sad tea story.

VariaTEA, what are your parameters for making this? I’m wondering if this one takes less matcha. I just want to give it one more go before I send the rest off to you. ;)

I use 1/2 tsp matcha in 8 oz of milk. However when I mix it, I only pour in a little bit of milk at first, then I use my milk frother to make sure the matcha and that milk get mixed together properly. Then I leave the milk frother on and fill the cup as it mixes.

It is slightly chemical so it is more like store bought apple pie than homemade but I didn’t mind it. Hopefully you can get it to work for you.

I have to agree with you. This is the first flavored matcha from Red Leaf that I’m disappointed in. I’ve tried quite a few others. I got it in robust which is how I’ve enjoyed caramel, boysenberry, black cherry, black currant, eggnog and several others others. Oh well. For now, I’m mixing it with caramel matcha and some cinnamon which makes it palatable
.

I can’t believe you gave me some of your sad tea story! I’ll have to try it tomorrow. :)

Ha! I gave you some to try because (a) I’m hoping you can magically matcha-whisperer it and tell me your secrets, and (b) I thought (?) you were looking for fruit flavored matchas… which is a bit of a stretch with the pie, and yet, thought you might appreciate.

Thanks Donna! Good to know it’s not just me. I really will play with it a bit, maybe I’m missing something.

Let me know if you discover any secrets MissB!

Haha. I do generally like the matchas. :) I’ll have to see what happens with it!

I tried using less matcha, frothing 1/2 tsp in about 10 oz milk with stevia, similar to what VariaTEA recommended. Pretty decent. Still, I prefer the other flavors I’ve tried better. I had gotten apple pie in robust like I usually do with other flavors. Normally I’m use 1 tsp/8 oz. Anyway, glad it won’t go to waste, now that I’ve played around with it some.

See, it’s that chemical taste, almost metallic, that I got with the Coconut matcha, which leads me to believe that maybe it wasn’t my fault in making it.

I ordered this almost a month ago but had it shipped to my parents’ house due to issues with my post office, and the wait (as you can imagine) was killer! I ordered this and the Berry Pie matcha the first day they went on sale, and I’ve been lusting after them since I hit the order button.

Red Leaf’s dessert flavors have impressed me again and again, but they’ve totally knocked it out of the park with the Apple Pie matcha! Before I get into the flavoring the matcha itself is super green, the color is so concentrated! I wonder if it’s a different base than usual? It’s got a stronger flavor too, pleasantly grassy and sweet.

When I first opened the packet I was a bit nervous because it smelled like super-strong chemicals… maybe because the poor thing has been sitting in a bag for a whole month? I was worried the chemical smell would carry over to the flavor but it doesn’t at all. In fact, there’s not a trace!

I got this in the delicate flavoring so it’s pretty subtle when you drink it: the matcha taste is in the forefront. But then once I finish a sip my whole mouth is filled with apple pie flavor! Super authentic and delicious. Warm, gooey apples, a hint of caramel and spice: cinnamon, nutmeg! It’s so amazingly good, the most accurate apple pie flavor I’ve ever tasted! This is such a winner. You can get some here:

A sample from Roswell Strange, who kindly agreed to help me expand my flavoured matcha horizons. This is the second I’ve tried of the samples she sent me, and since it’s a little cold this morning it seemed like a pretty appropriate “warm up” flavour when I arrived at work. I made it up as a latte – 1/4 tsp of leaf whisked into about an inch of water, then topped up with hot milk.

The flavour is pretty good. It seemed very sweet and buttery initially, which reminded me very much of pie crust. The cinnamon emerged second, and added nicely to that effect. The apple is a little more fleeting, but there’s definitely something in the mid-sip that reminds me a lot of apple pie filling, although shop-bought rather than homemade. There’s something just a little artificial about it. The apple is sweet and floury rather than sharp and crisp, which is the opposite of my preference, but it works with the pie/baked goods theme here, and is tolerable in that respect.

I feel like I got on pretty well with this one, and I’m looking forward to experimenting a bit with preparation methods and suchlike. Thanks again to Roswell Strange for the opportunity to try this one.

lol isn’t it a strange thing when something you don’t really love manages to weasel into a craving?

lol isn’t it a strange thing when something you don’t really love manages to weasel into a craving?

a good tea :) tastes/smells (the dry powder too) more like green apple jolly rancher candy to me than apple pie :P

This is a sample I wasn’t expecting from MissB.

It’s, umm… hmm. It smells lovely – baked apples. Mmm… But tasting it, it’s apple pie-ish, but it’s also a bit chemical, and I don’t think I can drink it.

Aww yeah, I think I recall Varietea (so weird to look at with the new spelling haha) said this can easily turn a bit chemically. Blech.

The smell made the whole drinking thing a total letdown.

Oh yeah, I imagine. The macadamia matcha does the same for me.