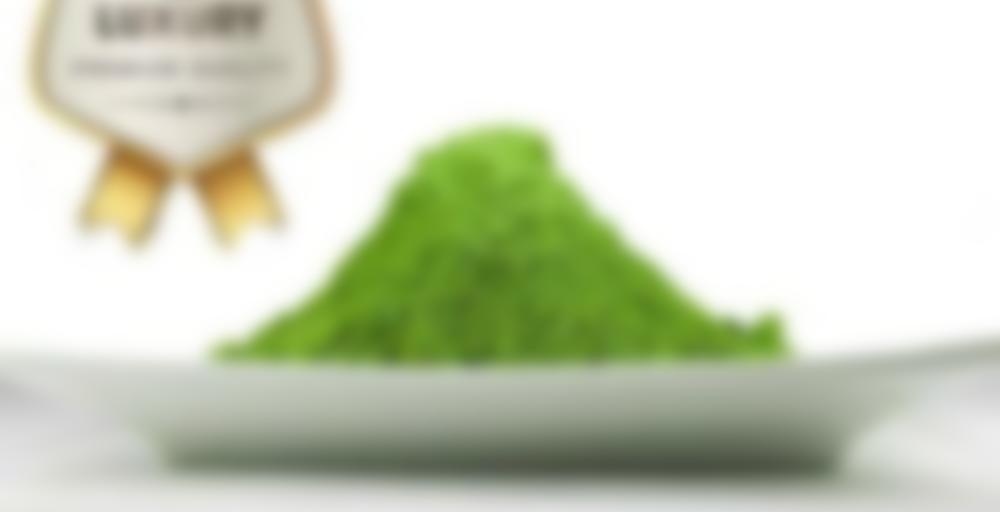 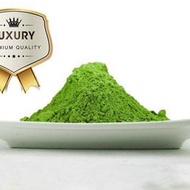 by Matcha Outlet
80
You

The aroma is very sweet and creamy, notes of chestnut, gentle papaya, and freshly cut hay blend with slight notes of grass and kelp. Once whisked into a beautiful, smooth foam, the aroma is sweet chestnut, fresh green sweet grass, and a slight cooked rice finish.

The taste of this luminous Matcha is sweet and green, a gentle crispness of fresh kelp and lettuce at the start which transitions to sweet honey, chestnut, and cooked rice, with a finish of savory cooked spinach. There is no bitterness what-so-ever, so perfect for those who desire a Matcha without a vegetal bitter robust quality.

I bought this because I’ve become spoiled by high-quality matcha, and drinking ceremonial grade on a daily basis gets very expensive! This hits the spot. Beautiful, bright green coloration and froths up easily. I make this as an iced latte or koicha first thing in the morning. It keeps me energized and focused through most of the day, without the jitters or crash that coffee causes. (I started drinking matcha regularly so that I could quit coffee.) The flavor is deeply vegetal, like spinach, with a smooth umami flavor and light sweetness. I’ll have to keep this in my regular rotation! It’s affordably priced for the quality, in my opinion.

Singing and playing 5 services plus rehearsals this weekend, so I backed off the normal coffee and several pots of tea thing. Hydrating with some home-blended tisane based in roobios, with some ginger and lemon. (It’s pretty good, by the way!)

But I still like a little boost in the cup, so when a trusted friend suggested matcha, and then pointed me toward a sale at Matcha Outlet (formerly Red Leaf Tea), I bought my first ever matcha.

Preparing in the total non-Japanese way using a cup and battery-operated frother, I seasoned the cup at 165° then sifted about a gram into the warmed cup and added about 2 oz 165° water. After “whisking” it into a thick green paste I added the remaining water before drinking.

The resulting cup has an aroma similar to fresh cut grass and is lightly sweet to the taste. A very pleasant drink and I did notice a caffeine-like effect. Though it wasn’t the jolt I get when starting the day with a black tea or coffee, it was mild and pleasantly stimulating..