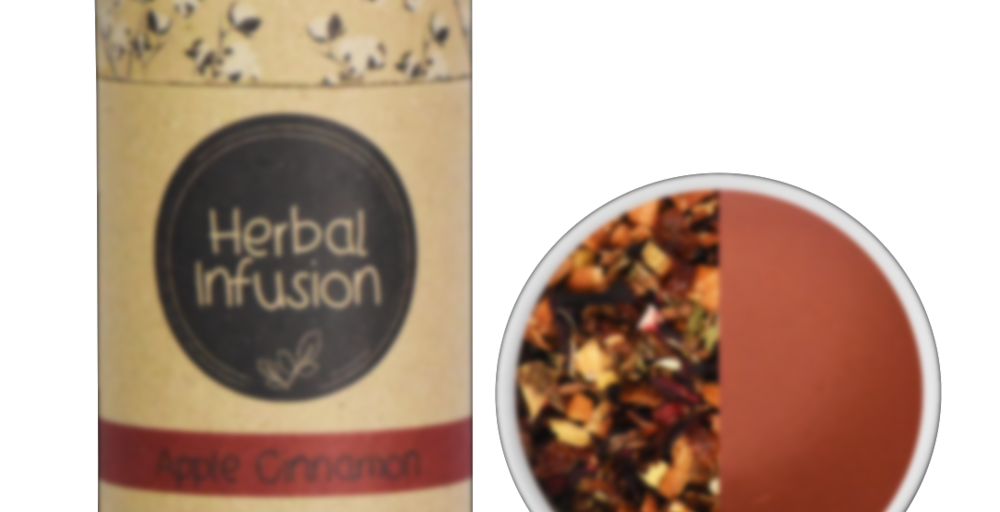 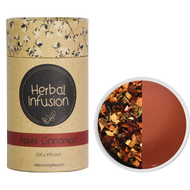 by McCoy Teas
72
You

While the nose of this blend is dominated by cinnamon, its taste is quite the opposite. The tart relish of apple dominates with only a mild hum of cinnamon exoticness in the background. Experience a revitalizing evening treat which will go rather well when served iced!

Martin Advent Day 14
This flavor is nice and gentle. A very light herbal cinnamon, with maybe some fruitiness. A very easy to drink tea. I didn’t pay enough attention to realize this was black tea, but I couldn’t taste it at all. I really thought it tasted herbal! Mild grocery store quality, but I really did like it.

Well, I think there is that little of actual tea so it is caffeine-low :D

Another tea with cinnamon today and wasn’t so great either.

I brewed it with boiling water and steeped 3 minutes. Brews another copper colour + maybe bit similar as on the picture. Brown, copper maybe. It turned out indeed quite aromatic, indeed after cinnamon. Taste was mellow, quite okay, but tartness from apples? I do not think so, rather rosehips with hibiscus. Apples were rather on sweet side of spectrum, and not much presented in taste. Taste was bit warming, because of cinnamon; but nothing strong and “wow”.

What happens on New Year’s Day, should happen all the year. I hope it won’t be my case with tea.

Does that mean I’m stuck with a mouse in my kitchen until next December?!? :)

I am afraid there may be truth to it. THREE spoiled cats and not a one of ‘em with the gumption to take him down! (Or, in reverse, one gumptious mouse who doesn’t care that the house smells like three spoiled cats.)