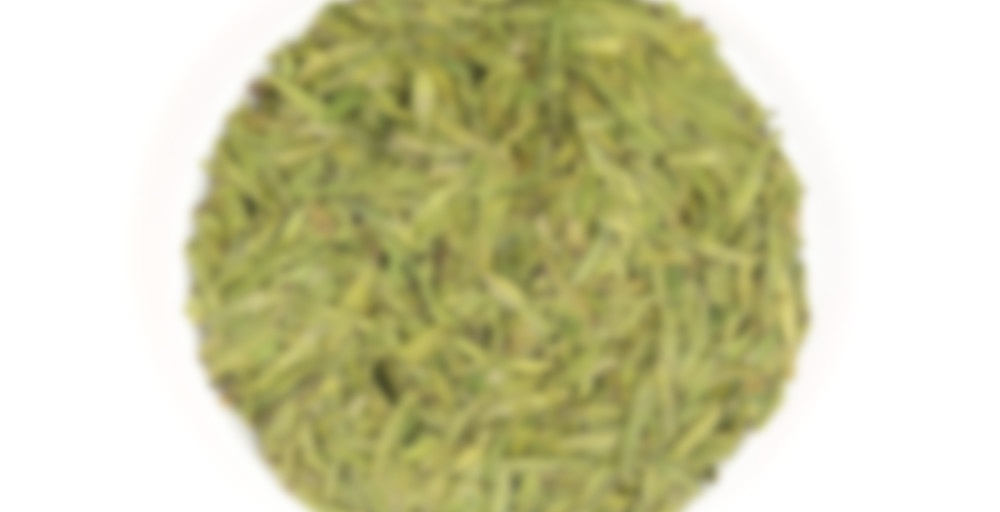 This is one of the most prized legendary teas in China. The Chinese name Long Jing, literally translates as Dragon Well. The beautiful scenery of West Lake, Huangzhou and its rich history have given this tea a romantic and spiritual appeal. It gained its fame when the emperor Qian Long of the Qing dynasty about 250 years ago visited Shifeng Mountain in West Lake, and conferred 18 bushes as tribute tea. Since then, this tea has remained the most sought after tea in China and around the world.

This tea was harvested before April 5 (Ming Qian). Teas harvested pre-Qing Ming (the first plucking season) are much more expensive as the demand for these teas are high and there are just simply not enough pre-Qing Ming teas in the market. Traditionally Dragon Well green tea possesses four distinct characteristics: a signature flat spear shape, pale green color, intense nutty aroma, and a sweet full mouth feel. Nowadays, it is harder to find high quality Dragon Well that possesses these four attributes since Dragon Well has been cultivated in other parts of Zhejiang province and other regions of China, resulting in varying quality and flavors. This is a true origin tea.

I had the most delicious plum today, really it was amazing. Not the most informative intros about how my day went, but all thought of the day pre-plum just kinda vanish in a fruit filled haze.

Today we are taking a look at West Lake Dragon Well Green Tea (Long Jing) by MeiMei Fine Teas, ah Dragon Well, you are a tea I have a serious soft spot for, probably one of the spring harvest teas I get most excited over. This specific Long Jing was harvested pre-April 5th, making it a Pre Qing Ming tea, one of the more coveted of harvests. When looking at the leaves I noticed some had wonderful trichome fuzzballs, a sign that yep, these are picked super early and have their young leaf fuzziness, most of the fuzz gets rubbed off during pan firing, but some gets left behind as little fuzzballs. I call them lucky, because whenever I see them I know I am in for a treat. Sniffing the leaves, and hello vegetal! Take bell peppers, green beans and Lima beans and saute them with some sesame seed oil and a touch of sweet honey and you have the aroma for these leaves. Just at the start of the saute process too since the bell pepper note still has its crispness.

The tea has made its way into my dragon gaiwan for its steeping, I kinda lost track of time and steeped it a little longer than I meant to, so hopefully that won’t ruin all the things. The aroma of the soggy leaves is very green, keeping that Lima bean, green beans, and bell pepper and adding in some okra and only the slightest touch of sesame seeds. The liquid is light and green, notes of green beans, sesame seeds and bell pepper mix with an undertone of honey.

First steeping time, did I ruin it by over steeping? Pfft, no, though I think I did remove any chance of the first steep being very sweet. It starts smooth and a little tingly from the trichomes, the taste is mostly savory, only a hint of sweet at the finish that lingers as an aftertaste. Notes of green beans, Lima beans, bell peppers, and artichoke make up the tasting profile. It is crisp and refreshing in its smoothness.

Onward to steep number two! The aroma is vegetal and savory, only a tiny hint of sweetness at the tale end of the sniffing. The taste starts sweet this time, like sesame seeds and a gentle note of honey. This moves on to a strong vegetal and slight nuttiness, and then finishes with sweetness. I did have a third steep, but it was pretty mild and mellow, since I steeped it too long at first steep. Also, fun fact, this tea was awesome in my travel steeper, kept me going through a rather vigorous game of D&D!

For photos and blog: http://ramblingbutterflythoughts.blogspot.com/2015/09/meimei-fine-teas-west-lake-dragon-well.html