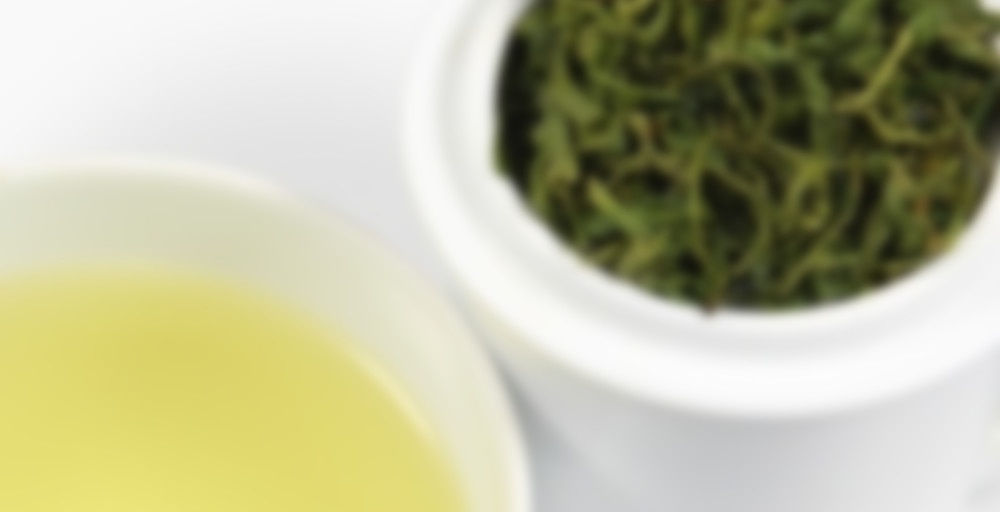 En Shi Jade Dew is produced in the Wuling mountainous area in the Tujia and Miao (the two ethnic groups) autonomous prefecture of Hubei province. Its named Jade Dew to reflect its radiant green leaves, clear bright green liquor, and Jade white sprout color. Thus it has three distinct features: green dry leaves, bright green liquor, and light green wet leaves. It is one of a few steamed Chinese green teas that employs the ancient steaming method in the process of making green tea. Steaming was the widely used method for making green tea during the Tang dynasty (about 800 AD) and was later adapted by the Japanese. After the Tang dynasty, China gradually abandoned the steaming method in favor of pan-firing method. However, in making Enshi Jade Dew, the ancient process and tools still remain to this day.

Both pan-firing and steaming methods are used to prevent oxidation of the fresh tea leaves. The steaming helps to preserve the leaves’ natural oils and important antioxidants. After the fresh leaves are steamed, the leaves are then rolled or twisted by hand, and a second or third gentle firing is done to reduce the water content of the leaves. Enshi Jade Dew is the only tea that contains a great amount of minerals, especially selenium, due to the rich soil in which it grows, more so than any other tea in the world. Some studies suggest that selenium may help to prevent cancer as well as reducing arthritic inflammation.

Sometimes, fantasy names sound better in our heads than they do on paper, and that is what I assume happened with Shyish. Today I was reading the booklet that came in my Age of Sigmar starter box and ran into the word Shyish, ‘The deathrattle legions stalk from Shyish’s underworlds, the cold mists of the grave curling towards their mortal prey’ describing an army of undead. To me, this sounds like describing someone who is only a little shy, rather than the purple wind of magic and the Aethyric certainty of the passage of time and the inevitability of death. The most mysterious and terrible of the wholesome forms of magic. Warhammer is a silly place, it is awesome but sometimes I run into things like this and just lose it.

Today I am taking a look at MeiMei Fine Tea’s En Shi Jade Dew Green Tea, also known as En Shi Yulu, from the Wuliang Mountains in Hubei. This is last year’s harvest, in fact my little stash of this tea is long gone, this is just me going though my ever expanding pile of notebooks, because I have to take notes on every tea I drink. MeiMei Fine Tea is (according to the beautiful photos on their Instagram feed) out sourcing tea in China, so I would not be surprised if this year’s harvest shows up soon. The aroma of the really pretty curly leaves is surprisingly sweet and nutty, blending notes of toasted sesame and wheat germ with peanuts and roasted soybeans. Underneath the nuttier notes is a touch of sweet peas and snap peas, it is lightly vegetal in aroma, focusing more on grains and nutty sweetness in its aroma.

This tea is fancy, not only is it pan fired like most green teas from China, it is also steamed like greens are mostly done in Japan (and like it was done in the old days of Chinese tea) it is then hand rolled and lightly fired more to remove moisture. The aroma of the wet and very green leaves is more balanced with its nutty and green notes, with a blend of sesame and soybeans, with snap peas, sweet peas, broccoli and green beans, they definitely smell more vegetal once steeped. The liquid is gentle with nutty sweetness of peanuts and toasted soybeans and a slight bit of sweet peas and cooked broccoli.

The first steep is wonderfully light and refreshing, with a gentle mouthfeel. It starts with fresh bell pepper and snap peas, moves to cabbage and broccoli, and finishes with artichokes and sesame seeds with a distant gentle floral note that teases from the edge of taste. I was really impressed by how fresh this tea tasted, not in a ‘fresh from the field’ kinda way, but in a ‘wow this tasted freshens my mind’ the flavor notes are very fresh in nature.

On to the second steep, the aroma is stronger this time, nutty notes of peanuts and sesame with a soybean finish, alongside green beans and bell peppers, it is both sweet and savory. Wow, this steep was impressive! It starts very crisp with notes of bell pepper and nap peas, a bit of edamame as well, then it moves to a more savory vegetal quality with cooked spinach and green beans, but then the finish slams you with sweet honey drizzled sesame seeds. I love when teas do that, switch from tones quickly, it keeps my brain from becoming complacent when tasting.

The third steeping’s aroma is not much changed from the second, strong notes of sesame and soy with peanuts alongside green notes of bell peppers and green beans, it is a touch sweeter this time, overshadowing the savory side. The taste takes its cues from the aroma, similar to the second but milder and more sweet. The savory burst of green beans and spinach at the midtaste is much shorter and quickly replaced by honey and sesame seeds which lingers longer in the aftertaste. I was sad when I finished this tea off, it was quite tasty and balanced savory and sweet wonderfully I thought.

For blog and photos: http://ramblingbutterflythoughts.blogspot.com/2016/04/meimei-fine-teas-en-shi-jade-dew-green.html