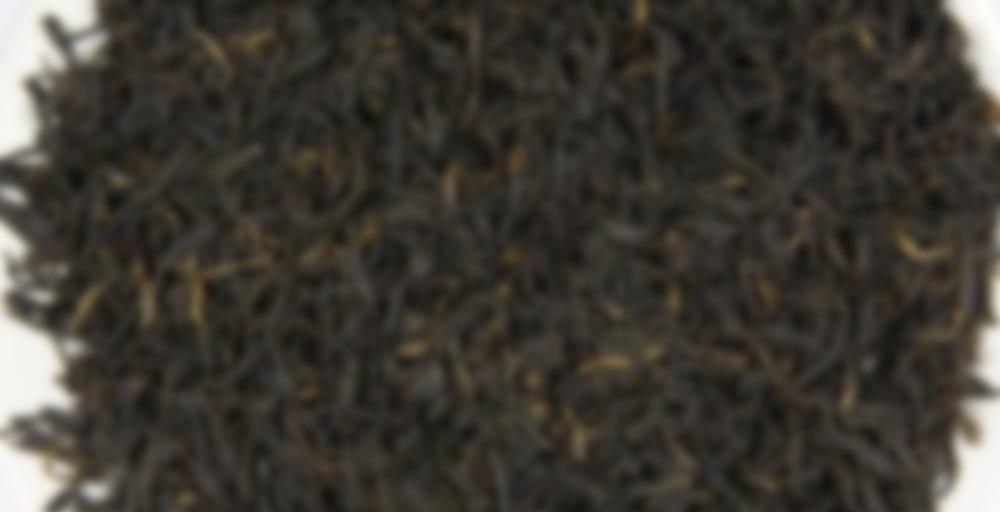 Keemun black tea is one of the world’s four most famous black teas, well-known for its signature Keemun fragrance. Keemun has been the key component in the traditional English Breakfast black tea blends, even though the quantities used in this blend are limited due to the high cost of Keemun tea.

As can be seen from the pictures above (taken on Victoria’s recent tea trip to Qimen county, Anhui province), you can see that a lot of wild flowers and trees grow among the tea bushes, which is the typical ecological environment for the core producing areas of Qimen, which lies at an elevation of about 800 meters. Qimen is the Mandarin pronunciation of Keemun.

Keemun is regarded as the “burgundy wine of teas.” We strive to curate tea of unmatched quality. Only high quality Keemun tea has the captivating true Keemun Fragrance, which is rarely found in other Keemun black teas. If you are looking for an aromatic, but not smoky or malty black tea, smooth and sweet, that can simply stand alone or that can nicely blend with other flavors of your own creation, this is the tea for you!

So, someone who has messed with the Xbone recently did a dumb. Turns out my screen is fine, it was just plugged into the wrong port! I am not sure if it was Ben or myself that did such a daft thing, but it was certainly me that unplugged and replugged it into the same port a couple times while trying to troubleshoot it, it wasn’t until I was plugging in my USB charger that I realized the mistake. All that sad flailing earlier in the week was for naught, though I certainly wouldn’t complain about getting a nicer and larger screen!

Today I am looking at Keemun Imperial Gongfu Black Tea from MeiMei Fine Teas, and before I get into the tea I have a bit of a story. About a week before the tea arrived I was talking with Ben about tweaking the recipe on Ravnican Caravan, the blend I developed for his birthday. I told him I was thinking of removing the Shui Xian and adding Keemun instead, since adding a bit of fruity sweet would add more balance to the tea, and there was already enough char/smoke from the Lapsang. He agreed this was a good idea, but was concerned by the apparently very hilarious expression I had on my face. Asking what was wrong, with shock, I told him ‘I haven’t had a Keemun in over two years!’ It was like I had forgotten that tea existed, which is tragic since I used to LOVE it, this was something that needed rectifying, and MeiMei Fine Teas came to my rescue! The aroma of the delicate leaves is wonderful, very sweet with notes of raspberries, plums, cherries, and apricot mix with delicate distant floral, and the distinct malt/yam blend that lets me know this is a hong cha. I had no problem getting lost sniffing this tea, oh Keemun I have missed you!!

Into the green shibo the leaves go for a steeping and wow, that aroma is something else! Very fruity sweet notes of raspberries, plums, and cherries with underlying notes of squash flowers, wildflowers, and rich yams and peanuts. There is a lot going on in the wet leaves and it took several sniffs to process all the layers. The liquid smells sweet, though not quite as strongly as the wet leaves, instead it is more rich with its notes of yams, peanuts, squash, squash blossoms, and a finish of dark cherries. It also has a tiny hint of an aroma similar to red wine, specifically cherries cooked in red wine, which adds to the richness.

So the first steep starts out a bit brisk…wait…no it doesn’t. It switches to smooth so quickly that I thought I imagined it, but no, it is there. The taste starts with fruity sweetness, blending cherries and lighter apricot with a touch of plums. Then it moves to a floral and earthy (only slightly) blend of acorn squash, squash blossoms, and poplar tree flowers. The finish is a smooth blend of plums and malt with a lingering gentle yamminess that gives a slight starchy quality to the end.

That tiny bit of briskness that popped up in the first steep has totally vanished, replaced by a smooth mouthfeel and a distinct brightness, it feels like light in my mouth, no heaviness but not airy, just light and bright and putting me in a pleasantly cheerful mood. Honestly it is impossible to be in a bad mood while drinking this beauty, with sweet notes of red wine stewed plums and cherries, squash blossoms and poplar flowers, and a yammy peanut finish, it is both well balanced and tasty.

This steep is still quite fruity and sweet, strong notes of those cherries and plums stewed in red wine, with an added slice of apricot. However in the middle the flowery notes are all but gone, a bit of polar remains, but mostly there is rich malt and intensely starchy yams with a gentle peanut finish. I am so sorry Keemun, I will never forget you again. Luckily for me this tea had longevity, so I got more steeps out of it, though that has not stopped me from almost finishing my sample already!

For blog and photos: http://ramblingbutterflythoughts.blogspot.com/2016/08/meimei-fine-teas-keemun-imperial-gongfu.html