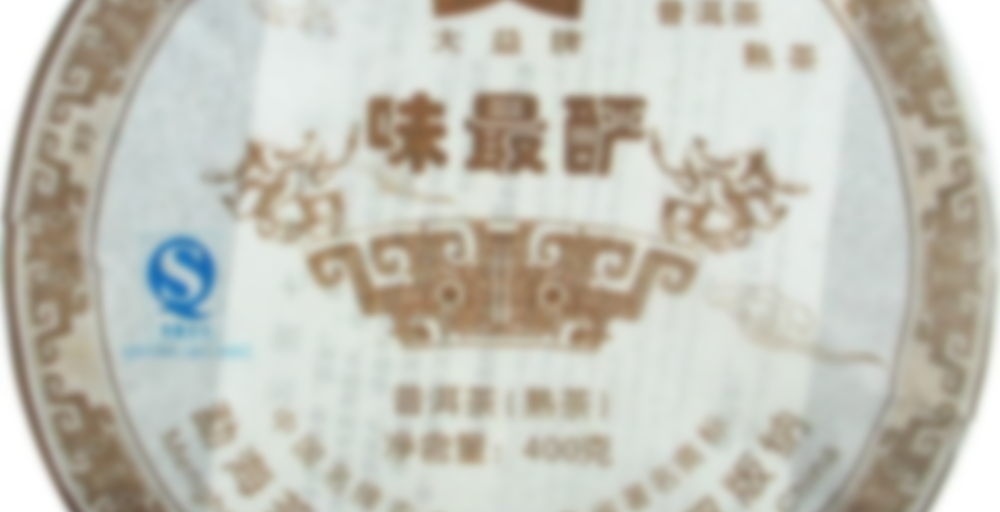 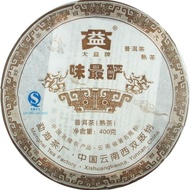 by Menghai Tea Factory
81
You

This tea is tasty. I have heard that Wei Zui Yan means the strongest taste and it is true. This is a very strong tea, the strongest puerh I can remember drinking. There was a moderate amount of fermentation flavor but not too much. I also feel that this tea had a very strong Qi even though I admit I don’t know as much as I should about Qi. If Qi is the physical and psychological effect the tea has on you, this one is strong. I will not use the phrase tea drunk but I was most relaxed. Throughout the early steeps I was testing a theory, that sugar dulls the Qi of tea. I find that when I omit sugar I get more effect from the tea. This was the case with this tea. The first five steeps I drank without sugar and it had quite an effect on me. The last three I added sugar and felt less effect. His could also be because the tea was weaker by that point. There was a little bitterness in the early steeps that soon went away. There was a natural sweetness to this tea with notes of plums or dates hidden beneath the strength of the tea.

I steeped this tea 8 times in a 130ml Yixing teapot with 6g leaf and boiling water. I steeped it for 15 sec, 10 sec, 15 sec, 20 sec, 30 sec, 1 min, 2 min, and 5 min. The tea would have a few more steepings in it but I have had enough tea today. I very much recommend this tea to anyone who likes strong puerh and can take a little bit of fermentation flavor.

If you try this again with no sugar at all, I’d be interested to hear your results and whether you can rule out the possibility that the tea was just getting weaker.

At some point perhaps.

It’s been 3 years since the this review. I wonder why there hasn’t been more interest in this Menghai shu? It sounds like it might be a good choice for breakfast.