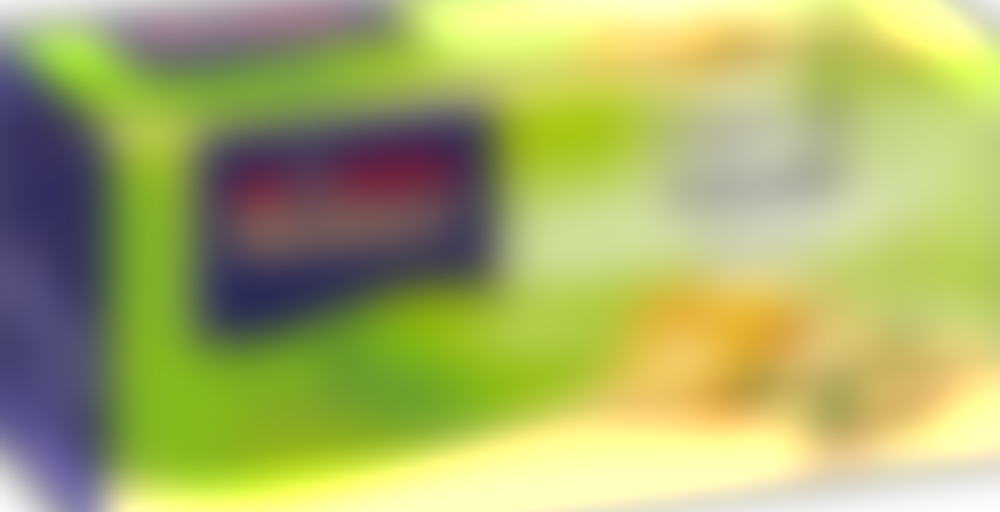 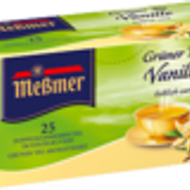 The creation of aromatic teas using leaves, blossom and the finest scents and flavours has a long tradition. The natives of ancient China already valued the taste of these tea specialities. The teas specially selected by Messmer come from the worlds best estates and are delightful, with a perfect flavour and consistently high quality. Enjoy our versatile range of delicious teas.

This tea is a perfect example of why being pretentious about the teas you buy isn’t necessarily advantageous. This tea cost something like a couple of euros for a box of 25 (fannings) bags, but in my books, the taste simply can’t be argued with. I never make lattes with or sweeten green tea (in fact, I think this was the first time ever), but I thought the incredibly rich vanilla flavour here called for it.

It was probably the best tea latte I’ve ever had.

I didn’t know that something could balance that richness of flavour with a kind of airy, ethereal quality. And the smell is just divine from start to finish. I wish I could put it into words. I love vanilla so much, and this has not disappointed me one bit! Oh, it’s good.

In a way, I have to admit that when I see flavour in tea ingredients, I feel a bit like the company’s cheating. But it’s pretty commonplace, and how a company uses the flavours involved can make all the difference, and show a company’s skill. With cheap tea, it feels like a necessary evil, in any case. I’d probably prefer teas to be sweetened solely through having bits of plants in them, but with a lot of teas, that isn’t the case, and with flavour like this, I feel like I can’t complain. This tea actually contains both vanilla flavour and vanilla. I don’t know if that’s how it has the taste it does, but holy cow!

You can’t re-steep this, but I guess that’s the standard thing for teas made from fannings. I guess I hadn’t really thought about that fact before today because I used to use the used tea bag together with a fresh one to brew a new cup of tea, which I didn’t do with this, because I’m keeping it to one caffeinated beverage a day now (This hasn’t really applied to second steepings of the Kusmi teas I’ve reviewed lately, because you can effectively re-use the leaves again if you steep them for a longer time , or just boil them for a while, which really didn’t work here.) The second steeping still tasted nice, but it didn’t really taste like a proper tea latte or anything.

If you’re looking for something that’s a complex green with vanilla woven subtly in, this will probably not please you. I don’t find it to be a fake-tasting, loud vanilla, but it’s definitely an assertive one, and is there against a backdrop of simple, single note, dry grass-tasting green tea. That might sound weirdly unappetising, but personally, vanilla and grass and two of my favourite smells (that’s the case for a lot of people, isn’t it?), so really, it makes a lot of sense.

I think sometimes tastes or scents don’t necessarily need to challenge you. Lately, I’ve mostly been trying a lot of these Kusmi teas that have a lot of flavour combinations that I hadn’t had before, and a lot of black tea mixes. Before a few months ago, I hadn’t even drank a cup of black tea in 20 years, nor had I had teas with as many flavour elements as some of them have. This tea is unlike those, and in a way I’m glad about that. I think in a latte, it’s something that could be considered a crowd pleaser—I think this could impress someone who thinks they don’t really like tea, a veteran cappuccino drinker, or someone who just likes sweet, fragrant things. I think milky, sweet things appeal to pretty much everyone, and maybe it’s just because I don’t like coffee, but I think this does a way better job of that than a regular latte does.

It’s tea that smells like cookies and ice cream and doesn’t taste cheap and fake. Do you really need convincing?

This sounds so interesting – and I totally agree, being a tea snob often does not pay off!

Had already five cups today. Its that good.