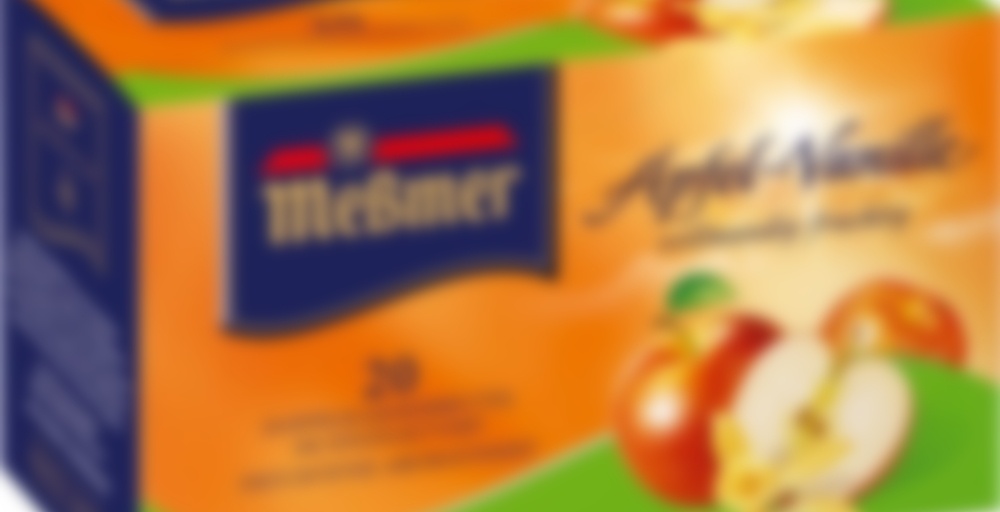 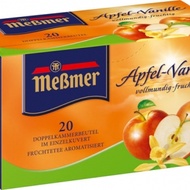 This harmoniously balanced fruit tea guarantees a particularly intense and full-bodied taste experience. With its fine composition of selected fruit and herb components, sweetened with the fruity-tangy taste of sun-ripened apples and refined with the delicate aroma of the finest vanilla, this tea is a light and fruity enjoyment of a special kind. Meßmer Apple-Vanilla offers you a consistently high quality while being very economical.

Tried this one yesterday. It has such a rainbow of ingredients in the bag! It has a fresh crisp apple flavor, rather than a bakey flavor, which is odd because it has things like cinnamon and vanilla in it. The vanilla was subtle. I like this one because even though there was hibiscus in it, there was just enough that it helped the flavor instead of overpowering it. I think I was tasting the blackberry leaves though, which I do not like. Not bad!

A less impressive tisane from Messmer. The sweet apple and vanilla flavours are present in the thin-bodied liquor but too light! More or less like drinking scented water instead of tea, if you see what I mean. This is a tea bag so either the formula of the tisane is not quite right, or they have put too little ingredients in each bag…

This tea smells
Amazing. It smells like apple pie. I can steep my usual two bags and it will scent my whole room. Which is nice. As for taste… it’s ok. Doesn’t taste Hal as good as it smells. But it was drinkable and not very memorable. Not something I would buy again.

This isn’t very impressive a tea. I could barely taste any vanilla, and the apple flavour was fairly weak. I thought these problems might have had to do with the fact that I used too much water, but I added another tea bag, and it hardly made any difference, except for increasing the acidity somewhat. The tea has a pretty nice aftertaste that reflects more of a dessert-y vanilla-apple mixture than the weak, acidic apple flavour you actually taste when drinking the tea, and the flavour’s just not adequate when you’re actually drinking it. It needs more vanilla and a bit less acidity. In short, the whole taste should be the taste of the aftertaste. How could more vanilla in anything ever be a mistake, anyway?