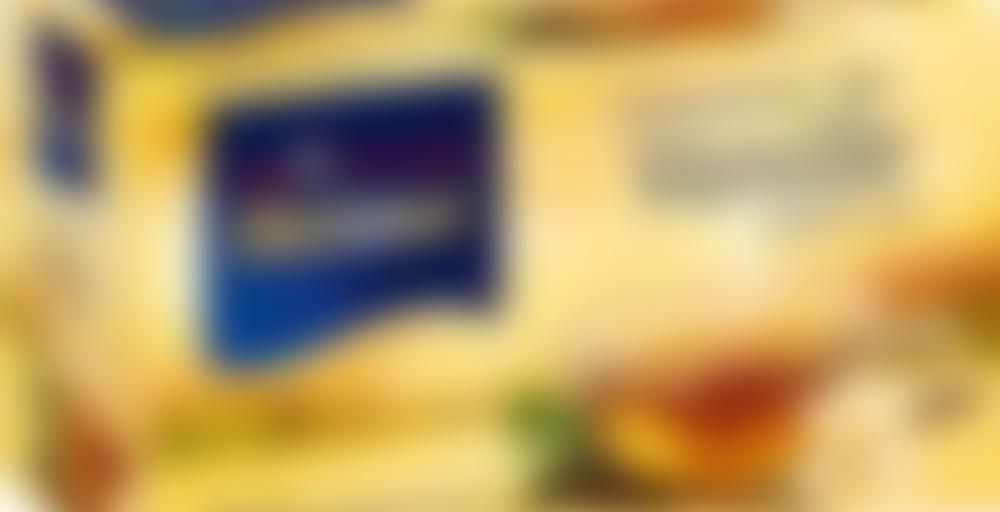 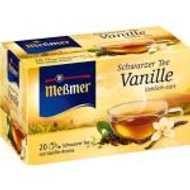 Sadly, I felt a bit letdown by this. Why? Because I’ve had two Meßmer vanilla green tea lattes this week and they were the high point of my tea drinking week. I chased this up on Amazon Germany because I knew it existed but didn’t see it in my supermarket and thought it would surely be great given how excellent the brand’s vanilla green tea is. Not really, though. It’s not that the tea has anything really terrible or unappealing about it, it’s just that it tasted pretty much the same as the vanilla rooibos I had a little while ago. I could be drinking rooibos any time of the day or night, but can’t do that with black tea, so the black comes off second best in this situation. I noticed barely any difference between the flavour of this tea and the vanilla rooibos (other than the fact that the tea base here was slightly more assertive in terms of flavour), though admittedly, I haven’t had the vanilla rooibos in several months so there could be differences I’m simplifying.

I don’t think this is a bad tea for the price, and I’m not even that annoyed at myself for having accidentally bought a pack of two boxes of it and thus having 39 more bags of it to get through when one cup of caffeinated tea a day is my maximum—it’s just that there’s probably more enjoyable vanilla black teas out there waiting for me (and I know there’s a huge number of them available) and I mostly got this because I expected it to be as good as the brand’s vanilla green. I wouldn’t specifically not recommend it (it will wake you up, it tastes pretty good, and it’s cheap), but it won’t challenge you, be a uniquely delicious take on a classic theme, or anything else like that. I had this as a latte, but I tried it with just the sweetener (before adding soy milk) and it seemed fine that way, too. With this many bags to use up, I will probably use the vanilla bean powder I bought on my trip to Paris to make future lattes with this tea something to really look forward to.