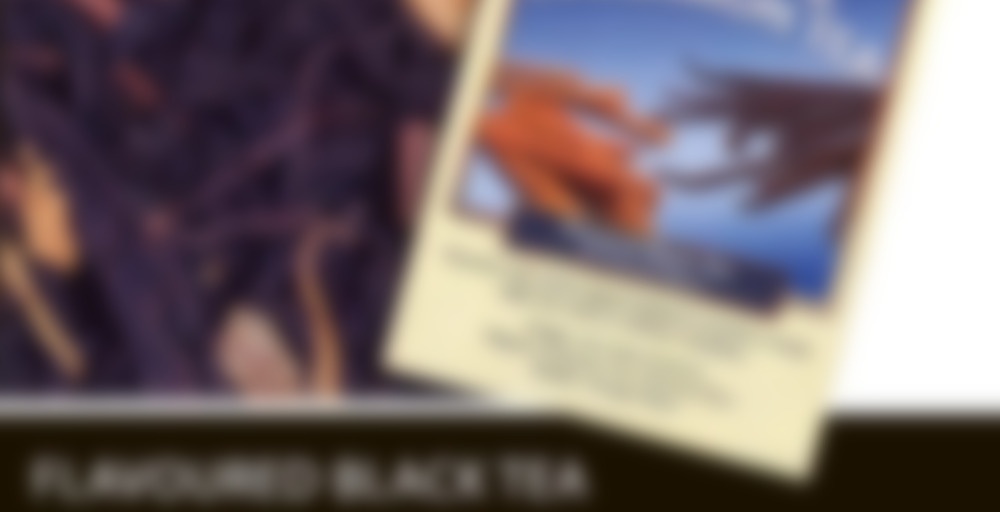 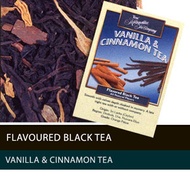 by Metropolitan Tea Company
71
You

Vanilla and Cinnamon comprise what may be one of our most exotic and ancient blends. The story of Cinnamon began in ancient Egypt where it was prized for its sweet aroma. The Egyptians used it to purify the tombs of the Pharaohs and believed it to be a valuable commodity in the spirit world. Vanilla too has an ancient history. Native to Central America, the spice is believed to have been first used by the Aztecs as an additive to chocolate as far back as 200 b.c. If one were to add up the combined histories of both spices, (given that Tutankhamen was born at about 1350 b.c.), the ingredients in this tea blend would have a combined age of 5558 years! Celebrate this venerable history by brewing a pot of this magnificent tea. Taste how the sweet scent of cinnamon pairs beautifully with the vanilla. Enjoy it on its own or enhance the flavor with a dash of sugar – a magnificent tea.

What type of tea do we use, how do we flavor the tea and why do we use natural flavors?

Firstly… we only use high grown teas from the top 3 tea growing regions of Sri Lanka – Nuwara Eliya, Dimbula and Uva. These three high-grown districts produce flavorful teas that have classic ‘Ceylon’ tea character which is noted by floral bouquet and flavor notes, touches of mild astringency, bright coppery color and, most importantly – perfect for use as the base tea of our flavored teas. (We have tested teas from various other origins around the world as base stock for our flavored teas, but none of these teas made the grade.) Dimbula and the western estates of Nuwara Eliya have a major quality peak during Jan/Feb, whereas Uva and the eastern estates of Nuwara Eliya have their peak in July/Aug. This ‘dual peak period’ allow us to buy the best for our flavored tea blends several times during the year, ensuring top quality and freshness.

Secondly… we use flavoring oils not crystals to give the tea drinker an olfactory holiday before indulging in a liquid tea treat.

This is another one of the four teas I bought from Tweed & Hickory’s massive online selection of Metropolitan Tea Company teas. I don’t usually buy flavoured teas now, but I still enjoy them occasionally. Mostly though, my husband loves to take black tea to work and it’s also nice to make up a pot of cheap flavoured tea every now and then. I find brewing flavoured black tea to be incredibly easy, which is terrific for whenever I am feeling lazy.

Smelling the brewed tea liquor, I’m reminded of the usual Ceylon base MTC uses, mild creamy vanilla and cinnamon. Nothing unusual and everything I expected so far.

Upon drinking it, my expectations were fully met. It’s a very smooth black tea with vanilla and cinnamon. I’m not usually very crazy about their Ceylon tea base, but this flavour combo works out pretty well.

I actually like this tea quite a bit. I’ve obviously had much better, fancier teas, but Vanilla & Cinnamon just aims to be a simple, pleasurable tea to brew western style. For what it is, I think it’s perfect. If you see this MTC tea in your local tea room, it’s definitely worth trying once. I can see this as being paired really well with some coffeecake!

MTC’s teas are very hit or miss with me. When I first got into tea, I placed a huge order with them because the prices seemed too good to be true. And, of course, I found myself a bit disappointed with a few of their teas I had ordered. But I came away from the experience with a lesson learned.

MTC black teas are super easy to oversteep. I steeped this for about 2 minutes and there was still astringency, even with brown sugar. It has an alcoholic taste to it but it must be decent enough because I found I gulped down the cup pretty quickly without even realizing it. It offers more than one resteep, but I found that I only liked it around the third steeping (more flavour, much less bitterness).