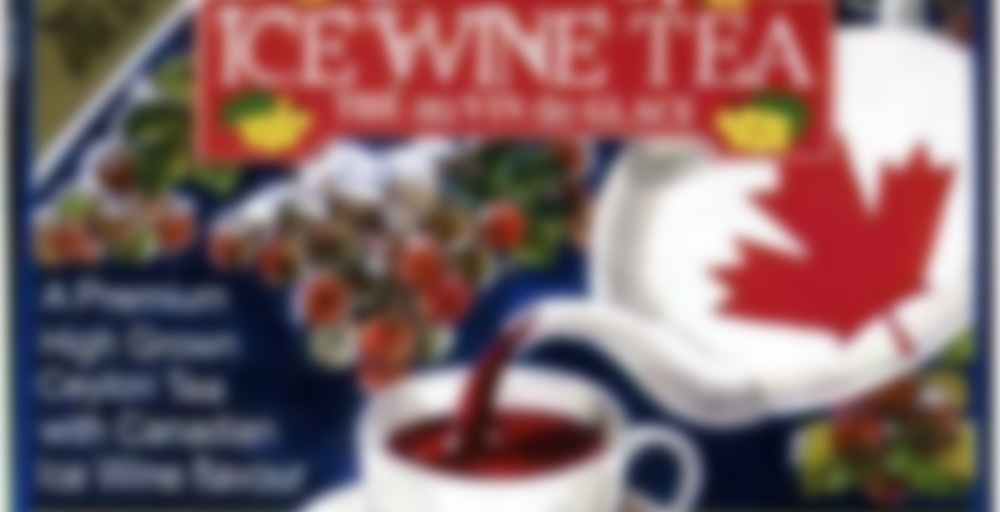 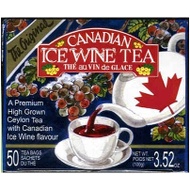 by Metropolitan Tea Company
78
You

In recent years Canadian made Icewine has begun winning awards at prestigious wine shows the world over. To make the sweet flavorful treat, Vidal or Riesling grapes are plucked from frozen vines in temperatures below 17°F or -8°C. Brrr! Our fabulous Icewine tea blends real Icewine with premium high grown Ceylon black tea and 100% natural flavors. Just like the real thing, our tea has started winning accolades from customers the world over!

This morning, I took the simple approach and reached for a black tea in a tea bag as I have an early morning (well, early for me, anyways) appointment. This is my very last of this tea that I received in a swap.

This is not my favorite Metropolitan Tea, and as a tea purveyor I’ve been fortunate to have the opportunity to taste quite a bit from them. But I do like this tea, don’t get me wrong. I’m just not a big fan of grape flavor, which seems to also apply to wine-flavored teas such as this one. Not that I dislike it, let’s just say that I generally pass up the grape flavored skittles in favor of the other flavors.

Anyways… this is a good tea, and a very intriguing flavor. It does have a wine-like quality to it which always seems to cause me to do a double take. You’d think by now I’d get used to it, as I’ve tried quite a few “wine” infused teas, but, that fermented taste is always just a little surprising – in a good way – to me.

It is a weird tea to drink in the morning though, it’s much better suited for meal-time or in the afternoon, in my opinion. However, this was the first black tea I grabbed, so I went with it. A pleasant tea experience, overall.

There you’ve done it!!! I am going to HAVE to swing by a local gift shop and grab some tea from this company. This is the only tea I have bought from this company and have enjoyed it but I think I am due for another flavor! :) If not today…tomorrow…I hope…

I like my iced wines to be a bit sweeter and stronger. However if you don’t then you may like this one. No astringency, no bitterness, there is that sparky feeling in the mouth like other ice wines I have had. Just not quite enough of a punch for me :)
Thank you Indigobloom for ANOTHER sample! :)

Oooh—I haven’t had this one in a long time, but I really do like it.

Do you like this brand or do you have another that is a favorite? I love ice wine tea and am in search of the best EVER ice wine tea.

She gave me this one too! Excited to try :)

I added agave to mine once, it came out nicely! but I know what you mean about sweeter… agave just isn’t the same as sweet wine!

I don’t think I’ve tried any other brands — just this one; got it from Culinary Teas.

My favorite so far is from design a tea

Whoops, had a little confusion issue about which tea I was reviewing. Probably caught it quickly enough for nobody to notice though :D

Anyways, this is round 2 of ice wine tea tasting, courtesy of Indigobloom!

Dry, this one smelled a little off, like fermenting grapes. I think 52teas Sweet Merlot had a similar aroma. However, that’s kind of what wine/a winery smell like!

Steeped, this one’s very dark, in spite of the 2 minute infusion I gave it! The aroma is a bit of black tea, with some sweetness and a bit of that fermenty grape flavour. I think I’m making a mental association to purple Kool-aid flavoured homemade playdough…

Ooh! Different. Thanks for the warning Indigobloom, this one definitely brews up strong! There’s astringency but it stops just short of bitterness thankfully. I think I would have been happier with only a minute-long infusion though. The flavour is hard to get at for me, because of the astringency. It’s a bit sweet, and perhaps a bit grapey/winey. Definitely a lot heavier than the Culinary Teas version. I think I prefer the Culinary Teas one over this though, as I think there’s more flavour.

Neither of these teas really did it for me though, to be honest. Interesting to try them though! Thanks again for the sample, Indigobloom!

yeah this is definitely a love it or hate it tea! good for tea lovers lol

coffee I meant coffee!! I just woke up…

Haha, yes it would be. A bit strong for me, but interesting flavour just the same!

I thought so. Definitely a mood tea:)

Received a few teabags of this from a swap with French Vanilla. I love the aroma the dry leaf produces (dry bag of leaves produces). It is grape-y, sweet and full of black tea scent.

This tastes like a lighter less astringent black tea sweetened with sweet red grapes and cheap sweet wine. I suppose it doesn’t have to be cheap wine, but it reminds me of the boones farm wine and tea. I wonder if this would make a good tea cocktail if one would use a tea concentrate with vodka or rum. Hmmm…I think I best stick to a satisfying tea. I’m glad I have the opportunity to try this tea.

I like fruity teas that aren’t acidic and hibiscusy, so this is toward the top of my fruit list for that particular reason.

So Friday we got paid and promptly returned to Say Tea and dropped a significant amount of money there. Oh well, most were Christmas gifts. Anyway, after the other two icewine teas I’ve tried, I had to get this one. Plus, the little wooden box is so cute! It was really tasty, juicy like the others with a slight tang that does remind me of wine. Yum. When it got cold, though, it was bitter and horrible, but that’s my fault. Overall, this was pretty dang good for a bagged tea!

Boiling 2 min, 0 sec
Yours I Like This
6 likes
0 comments
Edit

An intriguing combo to be sure. I need to try this a few more times.

It sure IS sweet…but no less intriguing – I agree!

So I am impressed with this tea. It takes an interesting spin on flavored black teas. The unique tangy notes is quite similar to ice wine. Good times.

I made a super weak brew of this tea last night because I wanted to get a taste for it before I made a stronger version of it. I really, really liked it. A great note of grapes and sweetness that really tasted delicious in the cold of night! I can’t wait to try a strong version of this.

This is the first time I have tried this brand and I will tell you that I will be trying more very soon as it is now available to me locally. I had this specific tea as a free sample of a gift shop that was having an autumn open house. It was delightful! The coloring is that of a reddish brown. The scent is powerful but not overwhelming. The taste is a black tea but with fruity undertones and a hint of an iced wine hint. Usually I find Iced Wine to be very sweet and sugary…some almost too much so and may leave a syrup-type aftertaste – WINE-wise – not tea. This is the first Iced Wine Tea type I have tried and I must say it seems to be the best of both worlds! Lovely!