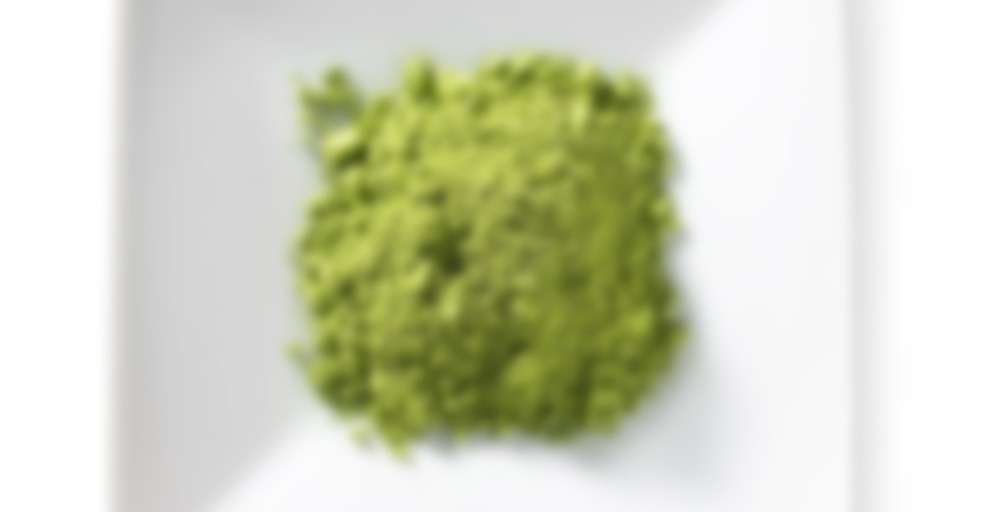 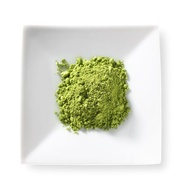 by Mighty Leaf Tea
75
You

Green tea from Japan, Matcha is an elegant powdered tea made from the finest Japanee Gyokuro (Tencha) and is commonly used in the traditional Japanese tea ceremony. Experience the Way of Tea or “Cha No Yu” as you whip up a frothy emerald green Matcha infusion. Thick and concentrated, this precious green tea inspires focus and calm.

Ricky, you’re going to hate me…in addition to all of that Adagio stuff, I now have three bags of Mandarin Matcha, a huge 4 oz bag of Matcha from Mighty Leaf, and a huge bag of Matcha Latte/Frappe mix from ML. :O [Note: I’m not bragging about this…I’m complaining about how much of a freaking dummy I am to have bought so much extra tea!]

I have to say, I’m pleasantly surprised by this tea! First of all, it foams! Well, I know, most matcha foams, but I had gotten used to the Mandarin Matcha which unfortunately doesn’t foam no matter how long/powerfully you whisk it. [Mandarin Matcha is still tasty, though! I hope 52teas adds it to their restock list]. Anyway, I prepared this usucha (thin) style: 1 1/2 large scoops in 4 ounces of water.

The tea is pretty darn good for something so cheap! It’s not particularly bitter, although it’s not very sweet either. Very easy to drink down, and not powdery, even after being set down for a little while. Rewhisking easily made another thick layer of foam, which is nice.

So, how does it taste? Unfortunately, not like much. I’m getting mostly bitter greens, and a hint of the sea. Not a lot of sweet or savory action going on. Sometimes that’s okay, though, especially when you’re just looking for a caffeine fix!

=O I want to make a bigger smiley face! I’ll RaWr instead! Shantea!!!!!! Nooooooooo, that’s tooo much matcha. You have to start feeding some to Wendy now. You almost have a pound of matcha! Evil evil shantea, stole my mandarin matcha! That was suppose to be my free tea courtesy of groundhog Phil.

What is it about the different kinds of matcha that make some foam and some not, do you know?

Veri-Tea, I’m not sure! I know that the Mandarin Matcha is mixed with pulverized dried orange, so that probably affected the foaminess. It might have something to do with the fineness/coarseness of the powder, or maybe the temperature of the water.

Ricky, dude, I know! Damn you Shantea! I got impatient waiting for the Mighty Leaf order to ship here and ordered the Mandarin Matcha….and now I have too much! Not to mention I spent all my money on tea that I have to wait to drink…maybe next week I’ll email you about sending some, lol. I’m super busy with school right now, so no time to trek over to the post office this week :(

Haha, I spent my months worth of tea money last week. What did I purchase…. a pu-erh sampler, the tea farm, mariage freres and 52teas! That’s a lot of tea!

I have bought this Matcha from Mighty Leaf. It is typical Matcha, no better or worse than any others I have tried. I made it with hot water. I admit, I do not have a Matcha bowl with the fancy whisk, I am not at that level of sophistication with the Matcha. Yet. What I was trying to do was make Matcha Shots ala Jamba Juice.

So, I also bought from Mighty Leaf the Matcha Green Tea Latte/Frappe Mix. It is Matcha with filler and sugar and directions on how to make Lattes and Frappes. Using a blender, milk and 1 scoop (1 tsp) of Matcha. I have a review for that, but it is not on the site yet and I feel bad posting it on another product.

So until then, this was good Matcha powder.

I wish I could enjoy matcha at nite and still sleep.

I know! I’m pretty lucky though, I can drink anything at any time and it won’t interfere with sleep. (Knock on wood.)

I made a wonderful soy matcha latte to get myself emotionally prepared for the huge snow storm that is coming to Utah. I whisked 2 teaspoons of this matcha in about 3 tablespoons of hot water. When it was well blended, I stirred in about 8 ounces of soy milk. I highly recommend you try it.

Nothing like a great matcha latte! I think Matcha is a great choice for people who want to start getting into drinking more green tea. For one, it’s not as intense or off putting; usually drinking good green teas is sort of an acquired taste, or at least that is how it was with me. (and now I can’t get enough of it :D) When mixed with hot milk, or some added sugar even, this can be a terrific drink for all tea drinkers, new and old. I personally enjoy it with skim or soy milk, for the healthiest blend. Now to try that Mandarin Matcha everyone has been raving about…

So I have to admit I was a little wary about trying this tea because I had never had matcha before but I actually enjoyed it. I made it with hot water and the first time I didn’t put enough of the match powder in but once I got the hang of the water to powder ratio I found myself enjoying the taste. The whisking also took me a minute to figure out but it’s very satisfying once you get it to froth correctly. The tea is a very refreshing, healthy tasting drink. To me it tastes like springtime in a cup, which is the only way I can think to describe it.

I am currently reading up and teaching myself the traditional tea ceremony of Japan. Matcha comes in at least two varieties, one for summer and another for winter. The summer variety is usually light, though still thicker than other teas, and less concentrated with a little frothiness. I think that the ones sold on the market are this type.

In contrast to the summer variety, the winter version of the tea is stronger, thicker, more bitter and foamier. Instead of matching it with desserts, it is usually accompanied by a several coursed meal, which is an inherent part of the traditional tea ceremony as well.

To prepare Matcha, it is not really necessary to be trained in tea ceremony. Tea ceremony is more or less the art of entertaining guests with tea. Usually, I would take the less stylistic approach when I want to drink this tea. I simply add the Matcha powder to hot water and use a little bamboo whisk to create the frothy appearance. I have also tried to mix it with bottled water. Give it a little shake and you can get Matcha to go. Matcha is also a flavor of ice cream. Try the green tea flavor of Maeda-en, I absolutely recommend it.

I like tea like this, but I think it’s rather tedious to make. Like any powder + water combination, there are always chunks that are left. Probably because I don’t have the right equipment for it; Perhaps I will like it better when I do. Flavor is nice, and it’s nice to be able to mix this into other things, like yogurt.

Against all logic, I really love matcha. I’m generally not a fan of green teas unless they’re a really nice sencha or a flavored variety, but matcha is a different animal. Maybe it’s green tea ice cream that swayed me.

I had some Matcha at a Japanese Restaurant I went to for dinner. It’s such a nice yummy green tea. My dad, the coffee drinker enjoyed it as well. We also got green tea mochi! Yummm!