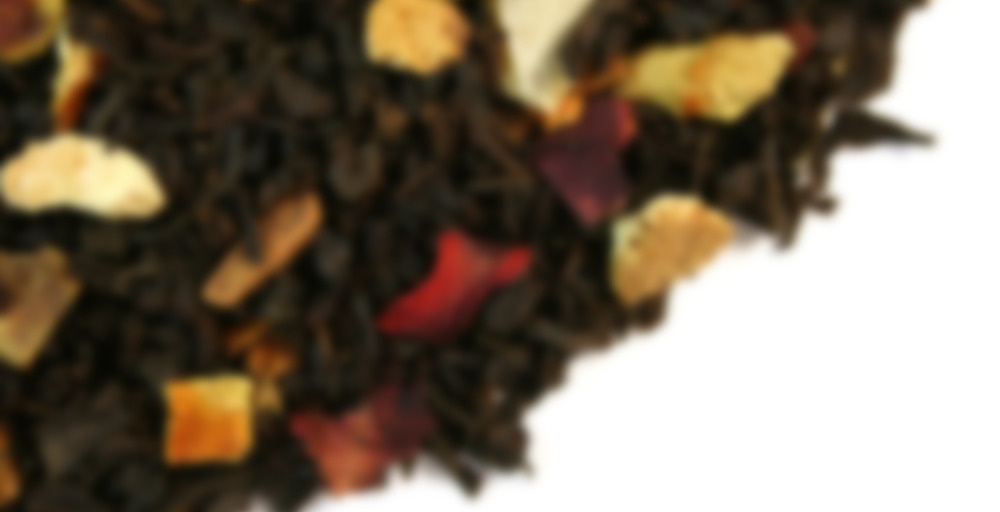 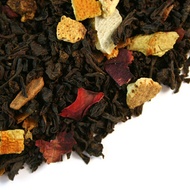 by Monterey Bay Spice Company
73
You

Diffusing the pleasant aroma of baking through the air, Winter Blend Tea invites warmth and comfort into the tea drinker! With a base of distinguished black tea, this exhilarating infusion basks in the scent of juicy oranges, sweet apples, and gentle cinnamon. In the wake of a nutty liquor, a quiet floral note of rose petals finishes alongside a breath of almonds. Heavenly by the fireplace at any time of year!

I wasn’t feeling an oolong this afternoon so I decided to dig out my big box of MBSC samples and try something I hadn’t had before. Of course this one jumped out at me as fairly seasonally appropriate. It is getting chillier, though overall it’s not really as cold as might expect for this time of year.

The smell of the dried leaf on this one is very orangey/appley, and surprisingly not very spicy. The steeped tea actually takes on the aroma of mulled cider, with a little black tea added in (actually that gives me a fantastic idea… black tea in the mulling spices for cider!). It actually smells really good, but I worry that I’ll get disappointed expecting mulled cider taste, especially the sweetness.

Wow, I really really like this one! Even though right before I take a sip it seems like I’m going to be drinking mulled cider, and afterward it’s clearly not. The actual flavor is similar enough to mulled cider yet different enough that I’m not disappointed. And the big apple chunks in the blend do lend a light appley sweetness to the tea. The spices in this are not individually distinct in the flavor but definitely add up to a nice blend, and I think that adds to the mulled cider feeling. I think I get a faint hint of rose in the aftertaste, but it is barely there.

I haven’t been super impressed by the blends I’ve gotten from MBSC not because they were bad, but rather because they just weren’t fantastic and I’ve been drinking some really fantastic teas lately. Also their black tea base was a little meh, which I can tell is the case here as well, but there’s enough other things going on here that it’s not as distracting. I do wish this blend had a higher quality tea base, because it’s one of my favorite “winter” blends I’ve had so far. It should be called Spiced Apple Cider!

I’ve never tried MBSC’s blends, but I’ve certainly been enjoying just getting their straight spices/etc to make my own blends and chai. Plus, then I can experiment with them in cooking, too!

After waking up to a heavy frost and a chilly house, Winter Blend is an appropriate choice. Needless to say, heating the kettle was my first action this morning.
This is truly a “comfort tea”. The orange and apple are fruity and evident. The cinnamon is there but does not announce. The least of the flavors, the rose and nuttiness, just make it a nice well rounded blend.
Great without milk or sugar, but add that in and it’s excellent as well.

In my shop I call this Orange Spice, as I frequently have customers asking for a blend with orange. This satisfies and is reminiscent of Constant Comment only kicked up several notches in flavor.

Another reason I changed the name is that customers wouldn’t buy Winter Blendt year round.
I have a blend of Mulling Spices from Monterey Bay that I like to add to this blend on occasion, just to give it a more intense flavor. The mulling spices are nice in other tea blends a well. Mostly fruity flavored tea.