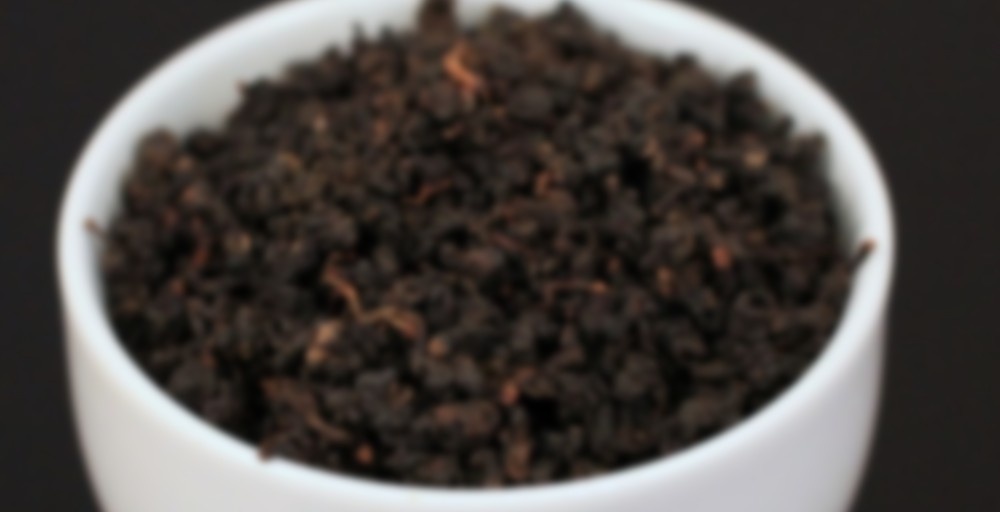 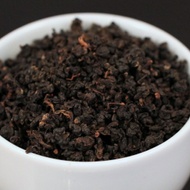 by Mountain Tea
80
You

This rare brandy oolong is a must have in your tea chest.

You will be enraptured with notes of molasses, honey and maple syrup. The dry leaf recalls the fragrance of ground red pepper, a splash of hot water and the nose transforms into something more savory and miso-like. We only picked the tenderest leaves of our prized oolong plants to create this exceptional tea; in doing so, we created a tea that is deep amber in color and pointedly sweet in flavor, sans astringency or bitterness.

Brews up a medium orange with a sweet and savory aroma. This tea has a super clean taste and mouthfeel for a black tea, no maltiness to speak of. The main flavor note that I get is maple syrup/molasses, though it’s only slightly sweet. It’s slightly fruity like citrus and red apples, though slightly vegetal like artichoke. I’d also say that it has a bit of umami and mineral/spring water.

The small, black lumps unfurl into nice, big, dark oolong-like leaves. Lasts a decent number of infusions, but not as infusible as most oolongs or some blacks can be.

Overall it’s fairly nice and may be a good black tea for green tea and oolong drinkers. It’s been I while since I drank it, but it’s very similar to how I remember Mountain Tea’s Black Pearl tasting.

There’s an entire page for this, but apparently, it’s misplaced. Oh well, here’s my review of it.

I like this one a lot, and makes me feel relieved in terms of budget. I was actually recommended this one as a bagged, and based on the descriptions of caramel, I had to try it.

First time, I tried to do it Gongfu, but wound up Western on accident. I definitely got something like a spicier yet lighter black tea, but the more subtle notes like caramel were overwhelmed after two minutes. There were even seaweed notes that were kinda good, but something I have to be in the mood for. It got sweeter in the later steeps with something that reminded me of a cooked cherry, but not entirely.

Finally got to do it Gongfu tonight, with a ten second rinse at 195 degrees, using six grams in six ounces. The first rinse had a taste that replicates rose water. This tea is VERY close to a Laoshan black because it has the same type of rosy, cooked fruit character. Laoshan’s are one of my favorites, and in comparison, this one is a lighter brother or cousin that does not have the robust malt or chocolate of a black. It also doesn’t have the same dehydrating effect that a black does.

Steep two, 30 seconds, and still very rosy with a faded molasses bitter sweetness. Steep three, a full minute, and darker, redder, and something closer to a black tea. Four at two minutes, and something like a cherry black, but lighter. Five at three, and cooked cherry.

I really liked this one, but it is a toss up. When I’m in the mood for it, I would probably rate this one a 90; when I’m not, an 80. I still need to figure out better steeping parameters for this one. It was sweet, but not as sweet as I was expecting. I didn’t get the full caramel or honey like described, so I’ll be back on this one pretty soon.