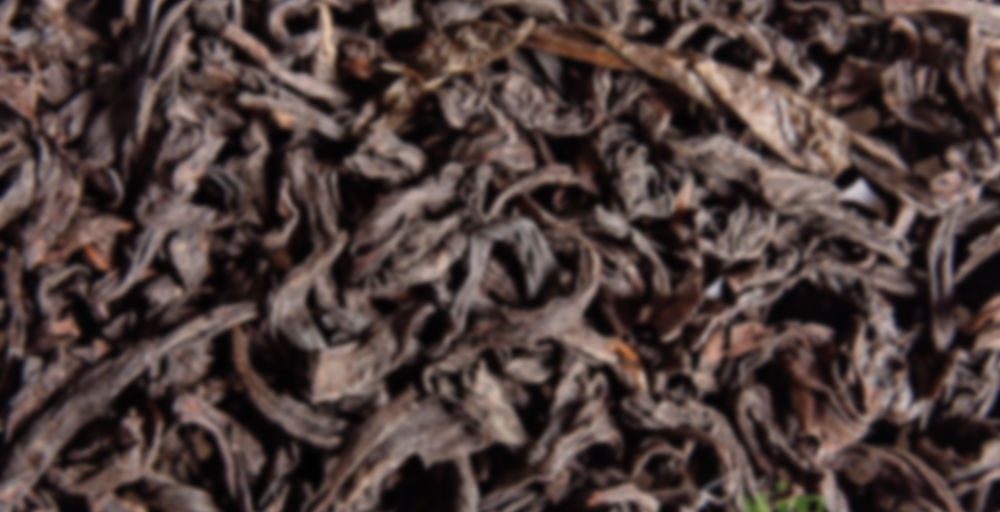 Da Hong Pao, “The Big Red Robe” is the most famous brand in Wuyishan, the North Fujiang. The story of this tea is entirely connected with the story of the Buddhist monastery, which situated at the foot of the “Heart of Heaven” cliff and was founded in the ninth century. As you know, “Chan and tea have the same taste”. Buddhism promoted the tea culture spreading in China and in Wuyi region in particular. The tea garden, the tea drinking during the night vigils and individual practices are as much an integral part of the monastic way of life, as well as incense at the altars and statues of Buddha.

During the Ming dynasty with the slogan “Yong Le” (1404-1423) the monastery got the name “Tian Xin Yong Le Chan Si”, that means “Chan Monastery of Heaven Heart Infinite Joy". Monk Shi Chao Juan wrote the poem "Wuyi tea song ", which was the first description of the tea production process in 1685. But the name “Da Hong Pao” appeared much later. This three famous hieroglyphs were engraved by monks from Tian Xin on a cliff next to the ancient tea trees only in 1927. According to the estimates of the modern specialists, the age of these trees is about 360 years. So the story of a “Tea garden near the Nine Dragons Refuge” is much older than the name history.

Young springs of this tea tree variety are magenta red. When sun rising rays backlight them on the background of terracotta cliffs, shining red colors are absolutely wonderful.

At the beginning the name of this tea was Qi Dan, “Magic Cinnabar”. Cinnabar is red mineral and it is an element of Taoist alchemical “immortal pill”. Later, the name changed into “Great Red Robe”. There many legends about it. One story tells that young student Ding Xian went to pass emperor examination and got hot stroke. The monk from the monastery treated him with this tea. When Ding Xian passed exam, he got a high official post and great red robe ornamented with dragons as the reward. He wanted to thank Buddha for the treatment, came back to the monastery and presented this great red robe to the monk who gave him this magic tea. But Buddhist monk refused this gift and Ding Xian covered tea bush with the red robe. There are other versions of this story. Another tells about an emperor who got treatment and presented red robe to the wonderful tea bush. Also, there are funny stories that tell about monkeys who searching for the tea leaves and they are worn into the red robes to be seen from the long distance.

Tea Garden, where tea remedy was harvested, is located on the west from the Tian Xin Si Monastery. This place is called Jiu Long Ke, " Nine Dragons Refuge ". It is irrigated by springs gushing out of the rock all year-round. However, the local authorities put a ban on the tea harvesting at this place in 2006. The raw material of these bushes was harvested in 2007 for the last time. The produced tea was sent in the collection of the Beijing Palace Museum Gugong.

Also Da Hong Pao tea bush variety grows at the Tianyu Peak (天 游 岩, “Heaven Journey”), at the Beidou Cliff (北斗 岩, “Ursa Major”), near the Shuiliandong Rock (水帘洞, “Water Curtain Cave”) and in several other places. However, Da Hong Pao production is extremely small, and its price is incredibly high. In the days of the Republic of China a pound of tea cost 64 yuan silver (as 2 tons of rice). In the middle of 2000s Da Hong Pao from Jiulongke was exposed up for auction by the government. 20 grams of this tea were sold for 153.8 thousands of yuan. It is an absolute world record price of tea.

Today the main raw material for DHP is harvested from the bushes which have been grown from the parent bush shoots. Experts say this tea is not inferior with parent trees and some organoleptic properties are even better. Now often the blend of Rou Gui and Shui Xiang tea varieties are sold as Da Hong Pao. It happens due to the great market demand for the Da Hong Pao and the fact that the vast majority of consumers does not know what is genuine Da Hong Pao.

The magnificent classical Wuyishan bouquet of brewed tea joins “cliff solidity and floral flavor”. The first taste wave is extremely bright, the taste is rich, strong with prunes, dried apricot and licorice tones, the aroma is caramel. The sweet aftertaste is rich. The second wave is hot and spicy. The taste remains strong, but gets milder, oily and musk, cinnamon, ginger and raisins tones release. The third wave is cool with hints of clove, figs and wild rose. The delicate aroma becomes orchid.

Brew this tea with hot boiled water (95-100°С) in yixing tea pot according to gongfucha ceremony. Hot Da Hong Pao is very nice, so you can use a big thick walled cup and fill it for 2/3 of volume. Take 5-6 grams of tea for 120-150 ml volume vessel. At the beginning make quick infusions for a few seconds and then increasing the infusion time gradually. This tea goes 9-10 infusions.

This elegant, respectable oolong pleases even those who don’t go deep into the tea nuances, but estimates and loves the really good things in life. This is “must have” tea item in the tea collection. Also, it can be stored for one, two or even more years with no quality loosing. Classical Da Hong Pao is actual tea in any times, but has new “vibration” in each tea time. If you have Da Hong Pao in the morning, you will enter to the outstanding, memorable day of your life.