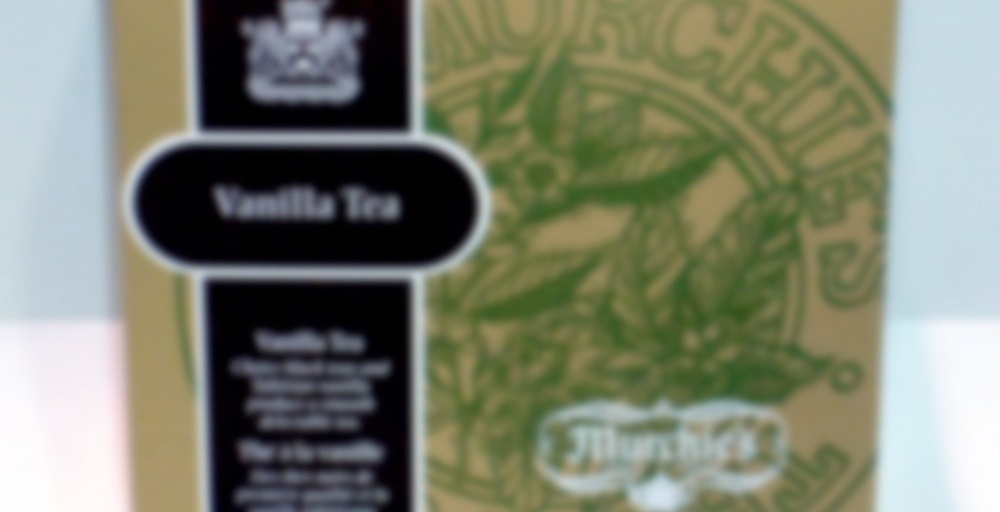 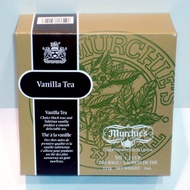 An exotic blend of black tea and Tahitian Vanilla.

Tried this as a normal tea. Tonight. Um no thanks. I stand firm in my belief that murchies sells teas best served with milk and possibly sugar. I’ve got two more bags to use up tomorrow in my latte and then it’ll be a sipdown woohohoo!

Yep. Seconded.
I’m really enjoying my Russian Caravan though, but I doubt I’d restock once I finish the remaining 5 oz. (It was a gift)

Russian Caravan has been reallllll good to me lately. As far as vanilla, I seem to like it best with milk too (or iced).

The lady had actually run out of the bagged stuff, so she sent another employee off to fill one of those t-bags with the loose-leaf stuff. She said it was no trouble, although I said I could just have an Earl Grey instead.

It smelt pleasantly of vanilla (evident, but by no means strong; the smell of the actual black tea was much stronger), however I couldn’t taste it at all. At times I thought I did—just barely, at the tip of my tongue or something. But there was definitely a sort of vanillay mouth-feel. That somewhat creamy sensation I guess. Perhaps it should have been steeped at a lower temperature for longer. That may bring it out a bit more. But I’ll never know! Unless I buy some and play around with temperatures and steeping times.

I let it steep for around five and a half minutes, but I don’t really know how hot the water was when she poured it. The tea as a black was nice, but the lack of a vanilla taste was a bit disappointing.

This was a fine black tea. It’s not overly vanilla flavored at all, and it doesn’t really have a bold black tea flavour after 5 minutes of steeping

Found this in my cupboard today… no idea how old it is, but its bagged tea. Bagged tea cant go bad right… right?!

Anyways I took two tea bags to work and threw them both into a cup. This tea is so-so, no wonder its been hiding in my cupboard. This is a take it or leave it kinda tea. Its weak and I had to add both sugar and milk to make it drinkable. I really like teas that I can drink straight. I mean its fine for a bagged black tea and with milk and sugar, however I guess I’m a tea snob now and like my loose leaf. Loose leaf is just way more flavourful. Sorry bagged tea! I couldn’t taste any vanilla in this :(