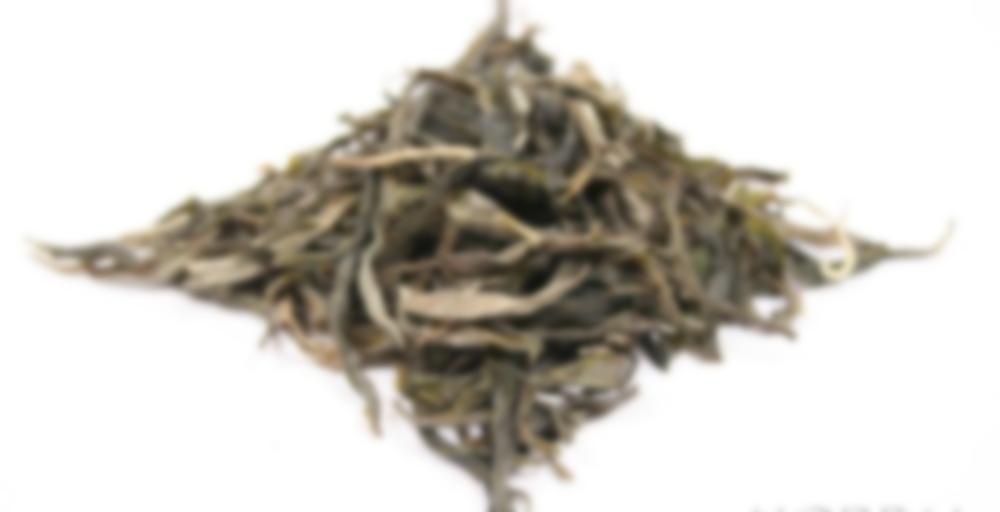 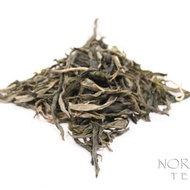 It is a typically assertive and very fresh tasting young “Gan Cha.” It is typically Nannuo in that it is relatively mild but possesses a great amount of character. It yields a very nicely clear liquor with a green vegetable & grassy aroma. The mouthfeel is moderately thick and slightly mouth and throat coating. I really enjoy the hui gan (bittersweet aftertaste) that reveals itself rather slowly after finishing a cup.

I have been enjoying the Lao Ban Zhang Mao Cha for several months, since I first tried it as part of a tasting on egullet.org, so with my last order from Norbu, I tried a couple other Mao Cha, to see how they compared.

This is my first brewing of other two young shengs. As expected, these are wonderful teas, with more capacity for infusions than I have space in my bladder, even with the very small gaiwans, so sometime after 10 or 12 infusions, I stopped drinking the full infusions, and did a series of longer steeps, discarding the liquor, and then did a final infusion, which I estimate to be about the 20th for each, so I could finish the tasting, get the photos of the spent leaves, and go to bed!

Overall? I love all of these. The Shi Tou Xin Zhai is the most approachable in the early infusion, and is one I’ll take to work to share in some one on one meetings with other tea lovers—it’s less likely to bite back if I get a bit distracted. But at the however-many-it-finally was infusion, when all were pretty dilute and mostly had just a gentle sweetness left, I found a little more depth or complexity in the LBZ in than the other two. So….if you’re anxious about bitter, start with the Shi Tou. If you’re already a connoisseur of young sheng, and want the maximum complexity, go for the LBZ. And if you’re undecided, get the Wulian, or better yet, enjoy all of them.

Dry Leaves: long dark twists of intact leaves with some stems, sweet woody anise scent
Liquor, 1st infusion: light tan liquor, sweet anise flavor predominates
Liquor, 2nd infusion: the anise sweetness continues to make this one mellower than the other two
Someplace about the 8th or 9th infusion: still the mellowest of them, even after the dregs in the cup sat a bit and bitterness started to come into play; how is it that the youngest is the least harsh?
Liquor, many?-th infusion: sweet, dilute, still that lovely hint of anise
Wet Leaves: olive green leaves with reddish accents, woody earthy spicy scent

I’ve also had good results from young NanNuo puerh and MaoCha. Been meaning to run a comparative tasting of new or newish NanNuo teas in a lineup to see if this is an element of the NanNuo character.

I think this is the only Nan Nuo I have in my collection.